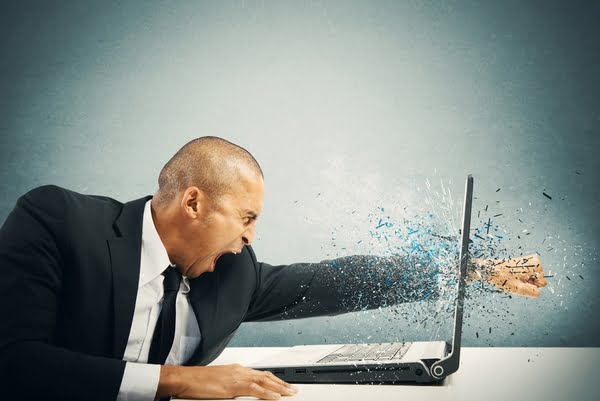 Anger is an emotion that is triggered when we believe we’ve been wronged. The key word here is ‘believe’ as anger may be a reaction to a real or perceived wrong. Anger is an active emotion in that it prepares us to take action to set things straight again.

Anger is the ‘fight’ response to a perceived or real threat. It motivates a person to restore dominance and control. We feel a momentary boost in power when we express anger.

No wonder anger is confusing for many. We need to dig deeper and understand the nuances of anger to manage it more effectively.

This article will list the different types of anger. Some of them overlap but are distinct enough to merit their own listing.

It’s the most primitive, instinctive anger triggered when we experience some loss. Losing a job, a loved one, or status can result in sadness, grief, and natural anger.

Natural anger gets automatically triggered when we’re wronged, our boundaries are invaded, and when someone violates our rights.

Responsive anger is when we interrupt our natural anger with logical thinking.1

Thinking helps us express our anger in socially appropriate ways to still set things straight while avoiding the negative consequences of anger.

“Anyone can become angry- that is easy, but to be angry with the right person and to the right degree and at the right time and for the right purpose, and in the right way- that is not within everybody’s power, and is not easy.”

Over-adapted anger is when we interrupt our natural anger with fear. We’re afraid of the negative consequences of expressing our anger. So, we express opposite behaviors like being a people-pleaser.

For instance, a person can be stuck in a developmental stage where they still need to rebel against a parent. They’ve not yet developed a separate identity from the parent. As a result, they develop a rebellious and angry demeanor.

People who seem angry all the time display trait anger. It’s as if being angry has become a part of their personality. They tend to react angrily to situations most people wouldn’t react angrily to.

Chronic anger is when anger lasts over a period of time. Chronic anger can be racket or trait anger. Usually, there’s some unresolved psychological issue behind chronic anger. People displaying chronic anger are likely to hold grudges and resentments.

A specific situation triggers state anger. For instance, a person who doesn’t have an angry disposition gets angry when wrongly blamed. As soon as the problem is resolved, the anger dissipates.

Disorganized anger is expressing anger in impulsive and chaotic ways.2

People displaying disorganized anger don’t think about the consequences of expressing or acting on their anger.

The person experiences anger but quickly shuts off its expression in body language, words, and actions. They’re shocked and get upset when accused of being angry.

Repressed anger is anger that is unconsciously suppressed. The anger is so controlled that it doesn’t even rise to the surface of one’s consciousness. Someone with repressed anger can act hostile towards certain parties without knowing why.

Tantrums are anger outbursts that are disproportionate to the situation. Temper tantrums are thrown by children when they don’t get what they want. Some people continue this behavior into adulthood.

It’s anger that gets expressed behaviorally, such as hitting someone, throwing things, and shouting. Expressing anger behaviorally helps one release the pent-up energy that anger builds up.

It’s anger that only gets expressed in words such as blaming, criticizing, derogating, complaining, threatening, ridiculing, etc.

Sometimes anger is expressed neither behaviorally nor verbally. You know the person is angry even though they haven’t said or done anything. Stonewalling, giving the silent treatment, or ceasing all communication are ways to express anger without expressing it.

Short bursts of explosive and unpredictable anger. Volatile anger can dissipate as quickly as it arises. As soon as it dissipates, it’s immediately followed by guilt and regret.

The goal of manipulative anger is to control others and make them comply with your demands. Usually loud and explosive, it aims to shock the victim into compliance.

A person who’s overwhelmed is prone to anger outbursts. The anger stems from them being unable to control their life or handle the stress they’re experiencing.

Sometimes anger can have physiological causes such as being hungry, tired, or hormonal imbalance.

Aggressive anger has the goal of dominating others and restoring control. We feel powerful when we express anger aggressively. Aggressive anger can be verbal or behavioral. It’s likely to spark retaliatory anger.

Men are more likely to indulge in aggressive and violent anger.3

Righteous anger is justified anger. The person expressing righteous anger feels it’s their right to be angry because they or others they care about have been treated unfairly.

People who avoid confrontation, suppress or repress their anger are likely to display passive-aggressive anger.

Assertive anger is a healthy and mature way of expressing anger, like responsive anger. The person experiences anger and then thinks about how to express it most appropriately.

Assertive anger is all about getting your rights back without violating the rights of others. You express how the other person’s behavior affected you, seek to clarify things, and aim to reach a mutually acceptable resolution.

Anger always has an object. It’s always directed at someone or something. Outward anger is anger directed at an external agent. The external agent could be a person, situation, life, government, economy, the universe, etc.

We can also be mad at ourselves- anger directed inward. Inward anger is usually the result of us not meeting our own or others’ expectations. Inward anger can lead to low self-esteem, self-hate, and depression.

As the name suggests, self-abusive anger is when a person harms themselves. It’s inward anger arising from the internalized shame that manifests as negative self-talk, self-harm, and substance abuse.

For instance, a parent who’s mad at their child for talking to strangers is angry (secondary anger) because they’re afraid of child-kidnapping (fear).

Similarly, if a person continually experiences frustration when trying to reach a goal, the frustration can lead to anger.