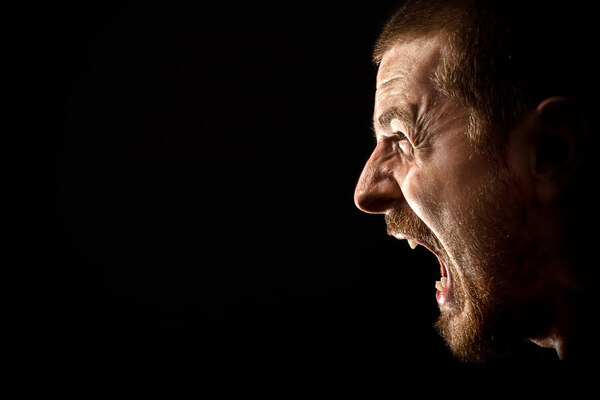 Anger is an emotion that gets triggered when we feel threatened. The threat could be real or perceived. We’re always angry with an object- another person, life situation, or even ourselves.

Anger varies in intensity. Some events only trigger mild annoyance in us, while others cause us to explode. The more our core biological and social needs are threatened, the more intense the anger.

Anger is caused by:

Let’s break down anger into its different stages. Having this microscopic view of anger enables you to understand anger better. It’ll also help you to manage your anger well because you’ll know when you can pull the plug on your anger and when it’ll be too late.

Anger always has a trigger, which could be external or internal. External triggers include life events, hurtful remarks from others, etc. Internal triggers of anger could be one’s thoughts and feelings.

Sometimes anger is triggered as secondary emotion in response to a primary emotion. For example, getting angry for feeling anxious.

A trigger for anger is any information that makes us feel threatened. Once threatened, our body then prepares us to meet the threat.

Since you’re not yet entirely under the grip of anger, this is an excellent time to re-evaluate the situation. Important anger management questions to ask yourself in this stage include:

What triggered me?
Why did it trigger me?
Is my anger is justified?
Am I misperceiving the situation as a threat, or is it really a threat?
What assumptions am I making about the situation?

After you’ve been triggered, your mind tells you a story of why your anger is justified. It might borrow events from the recent past to weave the story.

When this happens, anger starts building up inside of you. At this stage, you can still change gears re-evaluate whether the story is true.

If you realize that the story is false and the threat isn’t real, you can short-circuit the anger response. If, however, you feel your anger story is justified, the anger keeps building up.

Once your anger reaches a certain threshold, your body starts preparing you for action. Your:

Your body is now officially under the grip of anger. It will be hard at this stage to re-evaluate the situation and drop the anger. But with enough mental work, it’s possible.

4) Feeling the impulse to act

Now that your body has prepared you for taking action, the next thing it needs to do is to push you to take action. This ‘push’ is felt as an impulse to act, yell, say mean things, punch, etc.

The energy that has been building up inside you creates tension and needs release. Feeling the impulse to act pushes us to release our pent-up energy.

5) Acting on the anger

It’s not easy to say “No” to an impulse. The energy that has built up seeks quick release. However, it isn’t impossible to resist the urge to act. But the amount of mental energy it takes to counter the release of pent-up energy is tremendous.

If your anger was a leaking pipe, you could fix it with little energy when you’re mildly annoyed, i.e., if the leak isn’t that bad. If your pipe is leaking like a firehose, however, you need more energy to fix the leak. You may need the help of 2-3 people.

When you act on your anger, a firehose gets opened that is hard to close. Within a matter of minutes, you say and do mean things motivated by hostility.

At this stage, your fight-or-flight survival instinct is in charge. You can’t think rationally.

Note that you can still release your energy at this stage harmlessly if you don’t want to hurt those around you. You could go for a drive, clench your fists, punch the punching bag, throw things, break things, and so on.

When you release the tension that anger has been building up inside you through action, you feel relieved. You feel good momentarily. Expressing anger unburdens us.

During the recovery stage, anger has subsided completely, and the person begins to cool down. The ‘temporary madness’ of rage is now over, and the person is brought back to their senses.

Now, they’re themselves again and feel bad for what they did during the heat of anger. They regain the ability to think rationally and clearly. Their ‘safe mode’ is back online as their ‘survival mode’ goes offline.

In this final stage, the person reflects on their behavior and learns from it. If they feel they over-reacted and were hurtful, they apologize and repair their relationships. They might make plans to behave differently in the future, at least until the anger demon takes over them again.