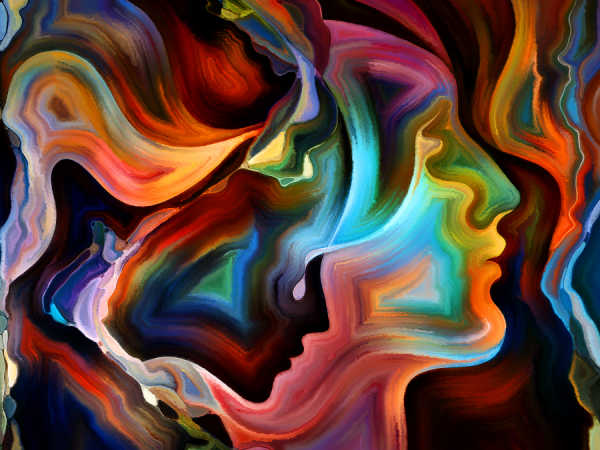 Before we talk about primary and secondary emotions, let’s first define emotions.

I like to keep things simple so I’ll give you the simplest way to tell if something is an emotion. If you can detect an internal state, label it and put that label after the words “I feel…”, then it’s an emotion.

For example, “I feel sad”, “I feel weird”, and “I feel hunger”. Sadness, weirdness, and hunger are all emotions.

Now, let’s move on to a more technical definition of emotions.

An emotion is an internal- physiological and mental- state that motivates us to take action. Emotions are the consequences of how we consciously or unconsciously interpret our internal (body) and external environments.

Whenever there are changes in our internal and external environments that affect our fitness (survival and reproductive success), we experience an emotion.

An emotion drives us to take action. “What type of action?” you might ask.

Any action really, ranging from ordinary actions to communication to thinking. Certain kinds of emotions can launch us into certain kinds of thinking patterns. Thinking is also an action, albeit a mental one.

Our emotions are designed to detect threats and opportunities in our internal and external environments.1

For example, we get angry when we’re deceived (external threat). The anger motivates us to confront the deceiver so we can get our rights back or end the bad relationship.

We’re interested in a potential romantic partner (external opportunity). The interest motivates us to pursue the possibility of a relationship.

When our body is depleted of nutrients (internal threat), we feel hunger which motivates us to replenish those nutrients.

When we think of fond memories of the past (internal opportunity), we’re motivated to relive them and experience the same internal state (happiness) again.

A mood, on the other hand, is nothing but a less intense, elongated emotional state. Like emotions, moods are also either positive (good) or negative (bad).

What are primary and secondary emotions?

Both these views are unhelpful and unsupported by evidence.2

No emotion is more basic than the other. Yes, some emotions have social components to them (e.g. guilt and shame) but that doesn’t mean they didn’t evolve.

A better way to classify emotions is based on how we experience them.

In this categorization, primary emotions are those that we experience first after encountering a change in our environments. It’s the result of our initial interpretation of the change.

For instance, you find that your food smells foul (interpretation) and you feel disgust (primary emotion). You don’t have to think much before feeling disgust.

Primary emotions tend to be fast-acting and require minimal cognitive interpretation this way.

However, there are also cases where you can feel a primary emotion after a long period of interpretation.

Usually, these are situations when interpretations aren’t clear at first blush. It takes some time to reach the initial interpretation.

For example, your boss gives you a back-handed compliment. Something like, “Your work was surprisingly good”. You don’t think much of it at the moment. But later, when you reflect on it, you realize it was an insult implying you don’t normally produce good work.

Now, you feel resentment as a delayed primary emotion.

As a result, we’re unable to understand how we really feel and why. This prevents us from dealing with our primary emotions in a healthy manner.

For example, you’re disappointed (primary) because you see a drop in sales in your business. This disappointment distracts you from working, and now you’re angry (secondary) at yourself for being disappointed and distracted.

Secondary emotions are always self-directed because, of course, we are the ones who feel primary emotions.

Another example of a secondary emotion:

You feel anxious (primary) while giving a speech. Then you feel embarrassed (secondary) for feeling anxious.

Since secondary emotions tend to last longer, we’re likely to dump them on other people. The classic example is of a person having a bad day (event), then feeling bad about it (primary). Then they’re angry (secondary) for feeling bad, and finally dump anger on others.

It’s crucial in these situations that you backtrack and figure out where your feelings are really stemming from. Differentiating between primary and secondary emotions helps in this regard.

Where do secondary emotions come from?

I want to point out here that, sometimes, primary and secondary emotions can be the same. For example, something good happens, and a person is happy (primary). Then the person feels happy (secondary) for feeling happy.

Secondary emotions are greatly influenced by our learning, education, beliefs, and culture. For example, many people get upset (secondary) when they feel negative emotions (primary).

We don’t always interpret events in one way and feel one way. Sometimes, the same event can lead to multiple interpretations and, therefore, multiple primary emotions.

Thus, it’s possible for people to alternate between two or more emotions simultaneously.

There’s not always a straightforward answer to the “How do you feel?” question. The person may reply with something like:

“I feel good because… but I also feel bad because…”

Imagine what would happen if these multiple primary emotions generated their own secondary emotions. This is why emotions can get so complex and hard to understand.

Modern society, with its rich culture and education, allows us to add layers upon layers of interpretation over our primary emotions.

A common example of a tertiary emotion would be:

Feeling regret (tertiary) for being angry (secondary) toward your loved one- anger that arose because you were feeling irritable (primary) thanks to a bad day.