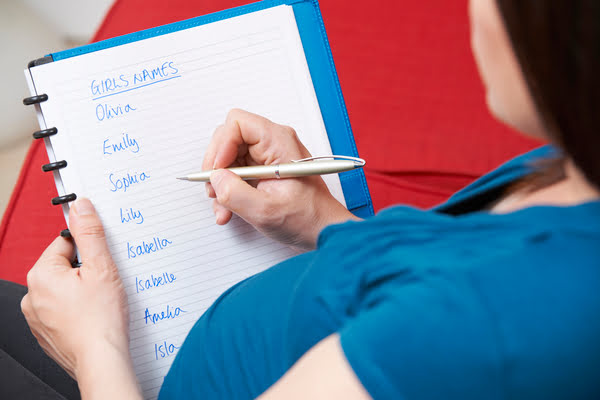 A person’s name and face are their most distinguishing features. Name more so than face. Even identical twins who look the same are given different names to let the world know they’re separate people.

Our names are attached to our identities. They’re a big part of who we are. Unfortunately, people don’t have any control over what names they’re assigned, like gender.

Parents do their best to give their children a good name. They want to ensure they give their kids the best possible identities. Almost all the names, therefore, have positive meanings. They represent desirable qualities. No parent names their kid something that means ‘criminal’.

Yet, despite parents’ best intentions and hopes, some people deviate from the identities bestowed upon them via their names and become criminals.

So, it’s not like a kid will always live up to their name. Yet, when people hear a good name with a nice meaning, they’re thoroughly impressed. As if it’s a guarantee that the child will live up to the name.

Still- being part of your identity- your name does affect you psychologically.

Have you come across a single person who doesn’t know the meaning of their name?

This goes to show how special their own names are to people. If you like your name, the way it sounds, and what it means, you feel proud of it. As someone rightly said, hearing your name is one of the sweetest sounds, especially when uttered by special people.

Anything that makes us proud involves our ego.

You can hurt someone’s ego if you mispronounce their name or make fun of it.

When I was in college, we had a professor who rejected assignments because students forgot to write his name on the assignment in a prominent way. To me, that behavior was ridiculous and childish on the part of the professor. No different than how school kids write their names on benches and tables.

When you care about your name too much as an adult, it tells me you derive much of your self-worth from a mere utterance your parents assigned you at birth.

Being social species, humans are wired to gather as much information on other people off of as little information as possible. Sometimes, a person’s name can tell a lot about them. Other than communicating positive qualities, a name can also communicate:

Also, based on expectations people form from their experiences, some names get attached to certain personality types. This is why you hear people say things like:

“Ashley is a pretty girl’s name.”

People have come across too many aunties named “Ruth” and too many pretty girls named “Ashley”. So, when they hear such names, they have expectations.

The problem with assuming things about people based on just their names is that you become prone to prejudice and discrimination. Through a person’s name, you have limited information about them as an individual but enough information about the group to which they belong.

And if you happen to hate their group, you’re likely to assign them the qualities stereotypical of that group and hate the individual as well.

Now that we know names have psychological significance let’s see why people choose to change their names.

1. Not liking your name

If you don’t like how your name sounds or how it spells, it can be embarrassing to introduce yourself. Introducing yourself can quickly become a burden if you meet new people regularly.

So, people sometimes change their names to get better-sounding and easy-to-remember names.

We all want to feel special and unique. If your parents gave you a name that’s too common, it’s hard to feel so unique. When people come across someone with the same name as them, they feel like something has been taken away from them.

So, people switch to more unique names to feel unique and to communicate their uniqueness.

It happens when you don’t have the personality that your name reflects. When people who know you ask what your name means, and you reply, the confusion on their faces is unmistakable.

“You’re the complete opposite of that”, they tell you.

It’s not a pleasant feeling when you have a name-personality mismatch. So, people switch their names to something that more accurately reflects who they are.

While personality is about stable traits, identity can be much more fluid. Identity can evolve and change faster than one’s personality. Since names represent identity, when identity evolves, the name no longer reflects that identity. To reflect the new identity, a new name is needed.

This is why people who join cults are often given new names so they can fully embrace their new cult identity.

Name-identity mismatch can also surface when you go through significant life changes. Major life changes have the potential to change your identity.

Sometimes people change their names to discard a previous identity they don’t like.

Similarly, some people no longer want to identify with their families or social groups. Changing their names helps them dissociate from these groups.

If you’re a minority in a country plagued with prejudice and discrimination, you know what a burden your name can become.

To escape these problems, some people change their names to make them more majority-sounding.

What’s in a name? Much ado about nothing?

There’s no denying that names carry psychological weight. But if your identity evolves continuously, your name occupies only a tiny corner of your identity room.

You realize you’re so much more than what your name reflects. It’s impossible to find a name that does justice to the multitudes that you are.

At this point, you don’t take your name too seriously. You don’t think about it too much. It was random like your gender. You don’t think it’s worth it to go through the pain of changing it. And you certainly don’t rebuke college students for not emboldening it on their assignment covers.