A large part of human behavior is driven by unconscious motives and goals that we aren’t generally aware of. Some go a step further and claim that we have no free will.

Whether or not we have free will is not the topic of my discussion but rather I’d like to throw some light on the nature of unconscious goals and motives so that you may be able to become more conscious of them.

Unconscious goals are the goals that we are not conscious of but they are the real driving forces behind many of our behaviors. Therefore the motivation that allows us to reach these kinds of goals is known as unconscious motivation. (conscious and the subconscious mind)

In many other cases, it completely rejects the information that doesn’t match its pre-existing beliefs but that is less likely to happen in the childhood stage where we are highly receptive to new information and have just started forming beliefs.

The point is, your past affects you and sometimes in ways that you may not be even aware of. Many beliefs that guide your present actions are the products of your past. Let’s analyze a typical case of unconscious goal and unconscious motivation to make things clear…
Andy was a bully who kept bullying other guys wherever he went. He was thrown out of many schools and went on causing trouble in college too. He was very short-tempered and resorted to violence at the slightest provocation. What was the motivation behind Andy’s behavior?

It is very easy to dismiss him as aggressive and someone who needs to control his anger. But only if we dig a bit deeper into Andy’s past, we can find out the real reasons behind his behavior. 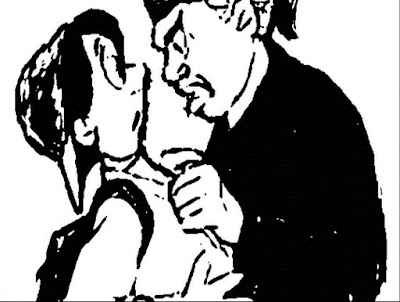 Why Andy became a bully

When Andy was 9, he was bullied in school for the first time. Then followed a series of incidences of him getting bullied and these incidents were obviously very painful and he felt humiliated. He was emotionally wounded and his self-esteem got damaged. He just didn’t know how to deal with it and thought that he’d soon forget about it and move on.

Andy’s unconscious mind understood that getting bullied is harmful to Andy’s self-worth and self-esteem so it had to make sure that Andy doesn’t get bullied again (pain-avoidance motivation). So what was the plan it came up with?
“Bully others before they bully you! Protect yourself by overpowering them and showing them that you are not the one they should be messing with!”
I’m not saying all bullies bully because they were bullied but that’s the story of most bullies.
The trick worked and Andy was hardly bullied because he became a bully himself and no one bullies a bully. But this behavior caused him a lot of problems. He himself didn’t understand why he was doing it till one day he came across an article like this one and understood his unconscious motivation behind bullying others. Then things started to change and he began to heal his emotional wound.
Awareness is the key to change.