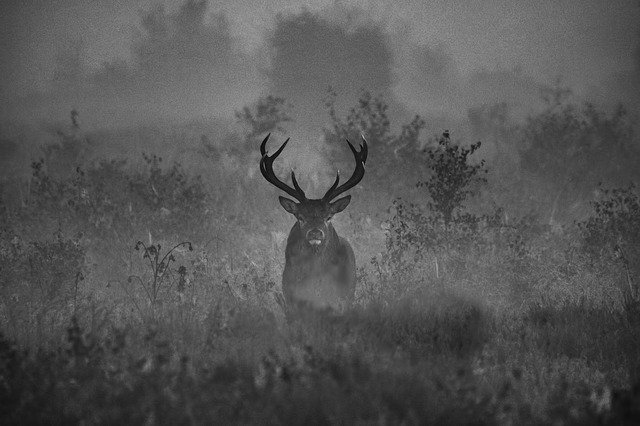 Many believe that our first reaction to stress or impending danger is the fight-or-flight response. But before we take flight or fight, we need some time to assess the situation and decide what the best course of action would be- to fight or to run away.

This results in what is known as ‘the freeze response’ and is experienced when we face a stressful or fearful situation. The freeze response has a couple of easily identifiable physical symptoms.

The body becomes still as if we’ve been riveted to the spot. Breathing becomes shallow, to the point that one may hold their breath for some time.

The duration of this freeze response may range from a few milliseconds to a few seconds, depending on the gravity of the situation. Freeze response duration also depends on the time it takes for us to assess it and decide the best course of action.

Sometimes, after freezing, we may not be able to decide between fight and flight but continue in our frozen state because this is the best that we can do to ensure our survival. In other words, we freeze to just freeze. This is an example of dissociation. The experience is so traumatic and dreadful, the mind, like the body, just switches off.

Origins of the freeze response

Our ancestors had to be on a constant watch for predators to ensure their survival. One of the survival strategies that humans and many other animals developed was to freeze in the face of danger.

Any movement could possibly attract the attention of a predator which would invariably reduce their chances of survival.

Besides making sure that they minimized motion as much as possible, the freeze response allowed our ancestors to assess the situation fully and choose the best course of action.

Animal watchers know that when some mammals cannot escape danger from a predator, they feign death by lying motionless and even breathless. The predator thinks they’re dead and ignores them.

This is because most feline predators (tigers, lions, etc.) are programmed by the ‘chase, trip and kill’ mechanism of catching their prey. If you’ve seen any of those tiger-chasing-deer shows, you might have noticed that the big cats often ignore motionless prey.

Some experts believe that they do this because a lack of motion could signal illness. So the lions and tigers avoid still preys in order not to contract any illness. Instead, they prefer healthy, agile, and running food.

This short clip by Nature video demonstrates the freeze response in a mouse when presented with a threat:

Before I turn this post into an Animal Planet episode, let’s move on and look at some examples of the freeze response in our modern life.

The freeze response is a genetic legacy of our ancestors and remains with us today as our first line of defense against a perceived threat or danger. We use the expression ‘frozen with fear’ frequently in our day-to-day lives.

If you’ve been to those animal shows or circuses where they let loose a lion or a tiger on stage, you may have noticed that people in the first two or three rows become motionless. They avoid any unnecessary movements or gestures.

Their breathing slows down and their body becomes stiff as they’re frozen with fear because of being too near to a dangerous animal.

A similar kind of behavior is displayed by some people who first appear for a job interview. They just sit still in their chair with a blank expression, as if they were a marble statue. Their breathing and body undergo the typical changes of a freeze response.

When the interview is over and they leave the room, they might breathe a huge sigh of relief, to release the pent-up tension.

You may have a socially anxious friend who’s relaxed in private but suddenly becomes stiff in social situations. It’s a subconscious attempt to avoid any ‘mistake’ that would bring unnecessary attention or cause public humiliation.

During the many tragic school shootings that have been happening in recent times, it was observed that many children escaped death by lying still and faking death. All top-notch soldiers know that this is a very useful survival tactic.

Victims of abuse often freeze when they’re in the presence of their abusers or people who resemble them like they did when they were actually abused.

Many such victims, when they seek counseling to get relief from their traumatic symptoms, feel guilty for not doing anything but simply freezing when they were abused.

Freezing was the best option their subconscious could think of at the time, so it’s really not their fault that they simply froze and did nothing. The subconscious mind does its own calculations. Maybe it decided that the abuse could be more severe had they decided to fight or flight, against the wishes of the abuser.

Our behavior is influenced to a great extent by the unconscious weighing of potential benefits and risks of a course of action in a given situation. (Why we do what we do and not what we don’t do)

Picture yourself dining or playing poker with your friends in the middle of the night. There’s an unexpected knock on the door. Of course, this situation is not intensely fearful, but there’s an element of fear inherent in the uncertainty of who might be at the door.

Everyone suddenly becomes motionless, as if some supernatural entity pressed a ‘pause’ button on its remote control to halt everyone’s actions and movements.

Everybody’s dead still, making sure they don’t draw any attention to themselves. They’re gathering all the possible information and carefully tracking the movements of the ‘predator’ outside.

One guy musters enough courage to break out of the freeze response. He walks slowly and opens the door hesitantly. His heart beating fast by now, preparing to fight the predator or run away.

He mumbles something to the stranger and turns to his friends with an incongruous smile, “Guys, it’s Ben, my neighbor. He heard our laughing and yelling and wants to join in on the fun.”

Everyone resumes their respective activity as if the supernatural entity now pressed the ‘play’ button on its remote.

Well, let’s just hope that our life is not just some TV show being watched by some one-horned demon.