Feeling shame: Why do we feel the emotion of shame

Feeling shame: Why do we feel the emotion of shame

Shame is an emotion that is experienced when a person thinks that their dignity and worthiness got lowered somehow. A person who feels shame thinks that there’s something wrong with them and therefore feeling shameful is the opposite of feeling worthy.

Shame is referred to as a social emotion because it typically arises in interpersonal contexts.1 Shame is triggered when we believe that we’ve lowered our value in the eyes of others. We believe the negative perception that others have of us is not so much because of what we’ve done but because of who we are. At our deepest level, we think we’re flawed.

People who have been physically or emotionally abused in childhood are more likely to feel shame because they think that there must be something wrong with them if others are not treating them right. As children, we have no other way of making sense of our abuse.


For instance, a child who was abused and maltreated often by his parents may eventually come to believe that there is something wrong with him and consequently develop the feelings of shame that are triggered at the slightest perception of social failure.

A longitudinal study over the period of 8 years showed that harsh parenting styles and maltreatment in childhood can predict shame in adolescents.2 It’s not just the parents. Maltreatment by teachers, friends and other members of society can all be the sources of shame for the child. 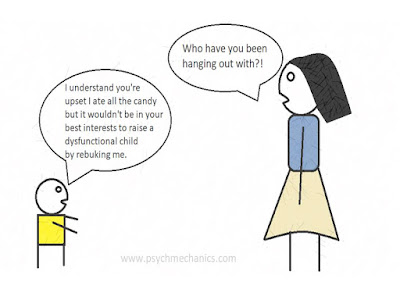 Any event that causes us to feel unworthy can trigger the emotion of shame in us. But if we already have carried over feelings of shame from our childhood, we’re more likely to feel shame. We’re more shame-prone.

Shame is sometimes triggered in situations that remind us of some past similar shameful experience in which we were made to feel shameful.

Whatever be the source of shame, it always results in the lowering of one’s social value. Evolutionarily speaking, the best strategy for an individual in a society should be to gain the favors and approval of his group members.

Therefore we have evolved mental mechanisms that seek to minimize the costs of shame. For instance, shame’s aversive quality motivates efforts to terminate it and the desire to hide the damaged self from others. This ranges from avoiding eye contact and other forms avoidant body language to simply running away from the shameful situation.

Despite our efforts to hide our shame, if others do witness it, we’re motivated to cause harm to those who’ve witnessed our perceived humiliation. This shift in emotion from shame to anger is sometimes referred to as humiliated fury or shame-rage cycle.3

Our society, city, country, family, friends, favorite music, favorite dish, favorite sports team, all from our extended identity. By extended identity, I mean that we identify with these things and they form a part of our personality- a part of who we are. We have associated our image with them and therefore what affects them affects our own image.

Since we consider all these things as parts of us, it follows that if our extended identities did something that we consider shameful, then we would feel shameful too.

This is why it’s quite common for people to feel shameful when a close friend or a family member does a shameful act. People ‘hang their heads in shame’ if a fellow countryman or a community member commits an atrocious act and sometimes even apologize on their behalf.

1. BARRET, K. C. (1995). A functionalist approach to shame and guilt. Self conscious emotions: the psychology of shame, guilt embarrassment and pride, 25-63.