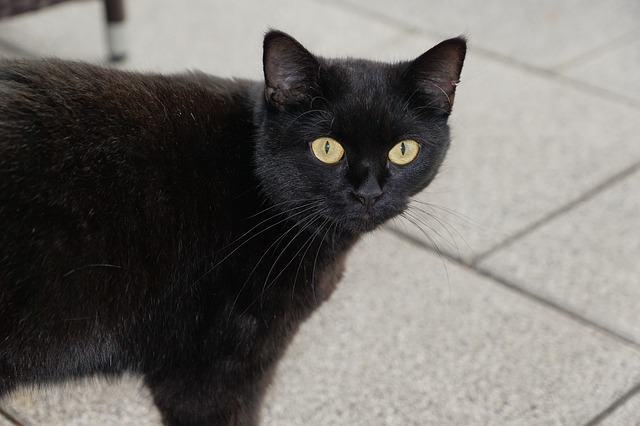 This article will throw light on the major psychological causes of superstitions. While people have countless superstitious beliefs, the underlying psychological tendencies that give rise to them are more or less the same.

Superstitions are everywhere. From the chain messages that ask you to ‘forward this to 10 people and something good will happen soon’ to your uncle who thinks him not wearing his lucky hat is why a sports team didn’t win.

After all, we don’t see other animals wearing their lucky hats or chanting mantras when they try to hunt, forage, look for a mate or protect themselves from danger. They just do their thing.

To understand superstitions, we need to understand how and why they’re born in the human mind. It’s a fact of human nature that our psychological repertoire only contains behaviors that benefit us in one way or the other.

If superstitions, no matter how stupid they seem on the surface, were not beneficial in any way, they wouldn’t have existed in the first place.

Following are the major psychological reasons that lead to superstitious beliefs…

One of the major cognitive biases in human beings is the false cause bias. It states that when two events occur in succession, we think the preceding event causes the succeeding event.

False cause bias is the backbone of most superstitions.

A black cat crossed Anil’s path when he was on his way to work one morning. Soon after that he met with an accident and broke his leg. As he lay dismayed in the hospital room, he was convinced that the cat caused the accident.

Sheena kept staring at the amulet she’d purchased from her psychic, who’d promised her it brings good luck to those who wear it.

Smiling and wondering what miracles the amulet would unleash, she finally wore it around her neck. Seconds later she got a call from her husband who announced the great news of his promotion at work.

“It works”, she thought, with a stronger smile and a twinkle in her eyes.

2) Need to fill in the gaps

Human beings have a strong desire to explain things and fill in the gaps. And when we can’t explain things with reason, we resort to superstitious beliefs.

As we saw in the false cause bias, we can attribute causes to certain events that have no causal relation to each other whatsoever. We’re only misled by their simultaneous occurrence.

Even if two events don’t occur simultaneously, we can still assume one to cause another, thanks to our deep-seated need of filling in the gaps.

Abid wondered why he was having such a bad day. “What have I done to deserve to this?” he asked himself. Then suddenly he remembered that on his way to college that morning, he had ignored a beggar who then cursed him out of frustration.

The next day, Abid dropped some pennies into the beggar’s bowl. He also pleaded the beggar pray for him and remove the curse. Confused, the beggar did as told.

The need to explain things is strongly tied to the need for control. What we can explain, we can usually control. When we have control, we feel powerful. Without control, we’re powerless.

In the above example, Abid felt that he’d lost control over his life because of the bad phase that he was going through. He had to find a way to restore in himself the illusion of control. He was feeling powerless before life, so he had to do something to regain that lost power.

“All this is happening because that beggar cursed me. If I make up with him, I’ll pull myself out of this predicament.”

This was his conscious thought. Subconsciously, he thought along these lines…

“I finally have an explanation for what’s going on. I have successfully restored control and regained power over my life. By persuading the beggar to remove the curse, I can change my fate now. I feel powerful.”

If you know black cats crossing your path, opening an umbrella indoors, or walking under a ladder brings bad luck, you can avoid doing these things. Therefore, you think you can prevent bad luck. Now you’ve successfully fooled yourself into thinking you have complete control over your luck. How very reassuring and comforting.

The human mind can sometimes go to great lengths to protect the ego. We have several ego defense mechanisms that kick in whenever our ego is threatened. One of these mechanisms is blaming external factors for the shortcomings we’re personally responsible for.

People have a tendency to attribute good outcomes to themselves and bad ones to others. It’s called the self-serving bias.

It’s a lot easier to blame bad luck if we fail in an endeavor than to admit that the fault lay in our own thinking or our methods. A person may cling to his superstition just because it helps him protect his ego.

At its root, a superstition is nothing but a false belief. So it works just like any other belief. Once a superstition gets planted into a person’s mind, he collects ‘proofs’ to bolster his belief. Unless he questions his superstitions or is forced to question them, he may carry them in his psyche all his life.