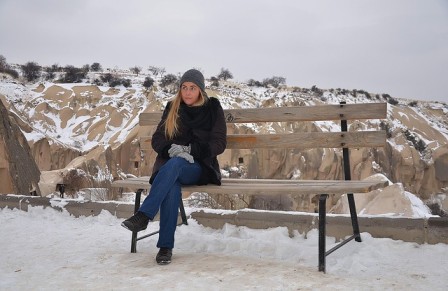 Sitting and standing with legs crossed, like crossing the arms, indicates a fundamentally defensive attitude.

While arm-crossing is a subconscious attempt by a person to protect his vital organs- the heart and the lungs, crossing the legs is an attempt to protect the genitals.

Of course, crossing the legs seems like a silly and ineffective way to hide the genitals, but our unconscious mind rarely works rationally. To be more precise, it works in ways that don’t seem rational to us.

When a person feels extremely defensive, they might cross their legs besides crossing their arms. This helps them achieve a complete sense of protection since it covers all their ventral delicate organs.

We usually observe this gesture in a person who’s standing at a distance from a group. They may feel unaccepted, self-conscious, or anxious or they may simply be a stranger to the group.

Such a vulnerable position demands an action that makes us feel secure.

By subconsciously protecting all our ventral delicate organs, we successfully achieve that sense of security.

Sometimes, when people are feeling mildly defensive, they don’t fully cross their legs in the standing position. Instead, they simply cross one foot over the other while the displaced foot rests on the toes.

This is a kind of partial legs-crossing gesture. The defensive feelings are not intense, but somewhere in the back of their mind, they’re unsure and feel that they might get ‘kicked in the nuts’.

This gesture can also convey a different attitude. When a person is totally committed to a conversation, unwilling to leave, they might ‘fold-up’ in position and rivet themselves to the spot by taking up this gesture.

The logic behind this is that when we’re afraid of something, we want to run away from it and so our bodies remain in an alert position.

When we don’t feel like running away from a situation, we tend to fold ourselves into position just as animals fold themselves up when they’re relaxing or sleeping.

We can’t run away if we’re riveted to the spot and have to unwind first in case we decide the situation has turned unfavorable.

We do this gesture when we know we have to stay in one place for quite a while. For example, when we have to wait for a person, a bus, or a train.

When people know they’re about to engage in a long conversation, they may lean against the wall and take up this gesture. It conveys the non-verbal message, “I’m not going anywhere. Keep talking.”

Sometimes both the attitudes of defensiveness and ‘unwillingness to leave’ can be simultaneously present.

When people, especially young couples, meet each other for the first time, they feel a bit defensive. Still, they don’t feel like leaving since the experience is exciting. So it’s common to observe the ‘leg scissors’ gesture in such situations.

If you observe two people talking to each other for the first time and both take up this gesture, you can safely assume that they’re either committed to the conversation. Additionally, they might be feeling slightly defensive in the back of their minds.

If one of them uncrosses his legs, it either means he’s opening up to the other person or preparing to leave.

If the other person continues the ‘leg-scissors’ position, it means the first person wasn’t opening up but preparing to leave because the rapport is broken without re-establishment.

This is how you do elimination to figure out the meaning of gestures that can have over one meaning. You have to look at the whole situation, everything that precedes and succeeds it.

Had the first person really ‘opened up’ to the other person, then both of them should’ve assumed the ‘opened up’ position as per the rules of rapport establishment. But since that did not happen, it probably means they got off on the wrong foot.

It conveys the same ‘closed’ and defensive attitude as that in the standing position.

During a conversation, it can indicate a withdrawn attitude. People who cross their legs in the seated position tend to talk in shorter sentences and reject more proposals.

They’re also more inattentive to what’s going on compared to those who sit in a more ‘open’ position.

Apart from the usual defensive attitude, the seated legs-crossed position can convey a lot more.

For example, while seated, women frequently cross and uncross their legs if they like what’s going on or are in the company of people they like.

Sitting in a leg-crossed position, besides revealing the thigh, also signals submissiveness. Therefore, women unconsciously assume this position when they sit to appear attractive.

Unsurprisingly, many polls and surveys have revealed that men find the seated legs-crossed position the most attractive sitting position a woman can take.

Why sitting cross-legged is attractive

Sitting with legs crossed reduces the overall perceived size of a woman.

This is one reason men like to be larger or taller, and women want to appear smaller and thinner.