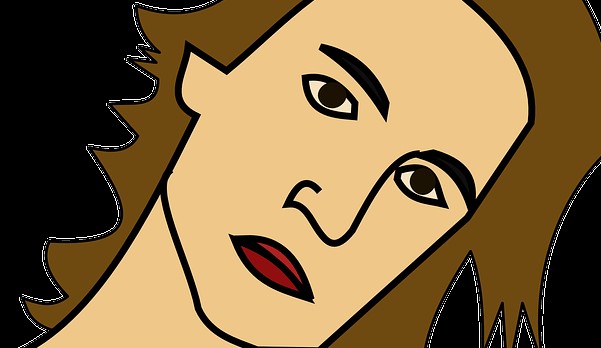 Your head and neck gestures reveal much more about your attitude than you think. When we come into contact with other people, their head (face, in particular) is what we look most at.

Therefore, it makes sense to understand what signals we’re giving off with our head and neck movements

Nodding the head almost everywhere in the world means ‘Yes’ and shaking the head from side to side means ‘No’. A slight head nod is used as a greeting gesture, especially when two people greet each other from a distance. It sends the message, ‘Yes, I acknowledge you’.

The speed and frequency with which a person nods when you’re talking to them can convey different meanings.

You might have noticed how people sometimes nod their heads quickly before they interrupt a speaker. After interrupting, they eagerly make their own point.

If the nodding or shaking of the head is not congruent with what the person is saying, something is off.

For example, during a conversation, if a person says, ‘It sounds good’ or ‘Okay, let’s go for it’ while shaking their head from side to side, then it’s clear that they don’t really mean what they’re saying.

Tilting the head to the side communicates that the person is interested in what they’re seeing or hearing.

It’s also a submission head gesture that is commonly used by women when they’re in the company of someone they like or are simply interested in the ongoing conversation.

If you see someone tilting their head to the side while you’re talking, know that they either like you or like what you’re talking about or both.

To test which one it is, try changing the topic of the conversation. If they’re still tilting their head then it’s a clear indication they’re interested in you more than in the conversation.

By tilting the head to the side, the person is exposing to you a vulnerable part of their body- the neck. Many canines including dogs lie down and expose their necks while confronting a more dominant canine to signal ‘defeat’, ending the fight without any physical aggression or bloodshed.

When someone tilts their head in your presence, they’re non-verbally telling you, ‘I trust you not to harm me’. Interestingly, if you tilt your head while speaking, the listener will trust your words more.

This is why politicians and people at other top leadership positions that require the support of people tilt their heads frequently while addressing the masses.

This head gesture is also used by a person when they’re looking at something they don’t understand. A complex painting or a strange gadget, for example.

In this case, they’re probably just trying to change the angle of their eyes to get a better/different view. Keep the context in mind to figure out the correct meaning.

In this case, the person is exposing their neck not in a submissive way but in a way that says, ‘I dare you to harm me’.

When the chin is positioned below the horizontal, it can signal that the person is sad, dejected, or shy. It’s an unconscious attempt to lower one’s height and status. This is why our heads ‘hang’ in shame and don’t ‘rise’ in shame.

It can also mean that the person is engaged in self-talk or feeling an emotion very deeply.

When the chin is down and pulled back, it means the person is feeling threatened or judgmental in a negative way. It’s as if they’re being symbolically punched in the chin by the source of their threat and so have it pulled back as a defensive measure.

Also, it partially hides the vulnerable front portion of the neck.

This head gesture is common in groups when a stranger joins the group. The person who feels that the stranger will steal their attention does this gesture.

When someone feels disgusted, they pull their chin backward because they’re judging the situation negatively. Disgust is of two types- germs disgust and moral disgust.

Whether you smell rotten food infested by germs or observe someone behaving in a morally reprehensible way, you show the same facial expression of disgust.

This is again a submission gesture that is commonly done by women when they encounter someone they like. The head is tossed backwards for a fraction of a second, flipping the hair, and then it returns to the original position.

Besides exposing the neck, this gesture is used as an attention-grabbing signal for a male, communicating the message, ‘Notice me’.

If a group of women is chatting and suddenly an attractive male appears on the scene, you might notice women doing this gesture instantaneously.

Women sometimes do this gesture to move the hair away from their face or eyes whilst they’re working on something. So keep in mind the context before you draw any conclusions.

When someone hears a piece of bad news or is about to say something unpleasant, you may notice a subtle swallowing movement on the front of their neck.

Sometimes this swallowing movement is also accompanied by a brief closure of the mouth. It’s almost as if the person is actually trying to swallow something.

When a person is crying or weeping, you’ll notice this movement on the neck frequently. So, any situation that makes a person feel like wanting to cry, however slightly, can trigger this neck movement.

You’ll notice this movement when a doctor is about to announce bad news to a family, when a person admits their mistake to a friend, when someone is afraid that they’ll be caught, etc.

You might also notice it when a mountaineer climbs to the top of a mountain and looks at the magnificent scenery with tears of joy in his eyes or when someone says ‘I love you’ and means it.