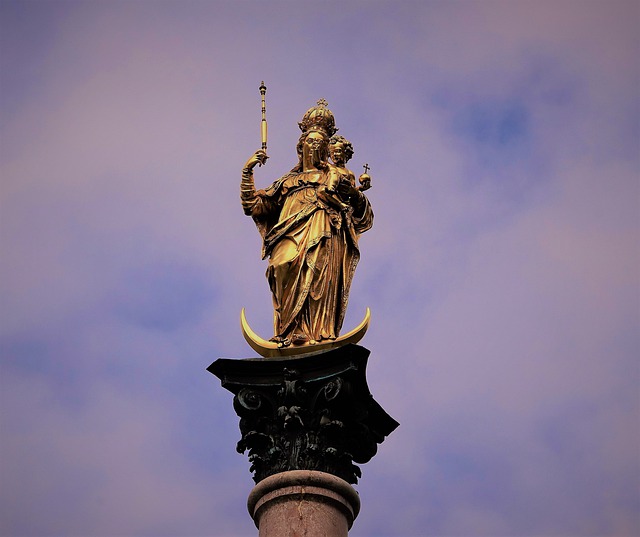 One morning you wake up and find yourself not in your home but in a small wooden hut. Startled, you look outside through a hole in the hut wall beside your grassy bed, a prototype what we today call the window.

You see people walking around dressed in long, white robes. You go outside and soon you get to know that you’re in Babylonia. Confused, you run to the king’s palace hoping that he or his wise ministers may have something to explain about your condition.

“Babylonians were wise and knowledgeable”, you think. “Heck, some say they even practised magic. Maybe they kidnapped me from the 21st century…”

As soon as you enter the king’s court, you witness something unusual. The ministers are standing tall with their hands behind their back and the king is going one by one to each minister, greeting him and bowing before him.

“Kings are not supposed to bow before ministers! It’s the other way round. This is impossible. Either he’s a ridiculously humble king or…”

You open your eyes and find yourself lying in your own bed.

The reason why that dream seemed to be weird, jolting you back to consciousness, is because we humans are hard-wired to think that the higher (and I mean physically higher) a person is relative to others, the higher is his status. In other words, the higher the status of a person the higher he is supposed to be, literally.

That’s why ministers bow before a king and not the other way round. Bowing is just an attempt to reduce your height and acknowledge the ‘higher’ status of the other person.

Back in the day when people used to wear hats, they removed their hats as a greeting gesture to make themselves appear shorter and humbler. Some believe that the modern salutation gesture is actually a relic of this hat removal practice.

Today, most of us don’t wear hats but when we salute others, we bring our hand to our forehead and jerk it forward, as if trying to remove a non-existent hat. Or we decrease our height with a slight head nod when we greet people.

In almost all monotheistic and polytheistic cultures, the gods- the supreme creators were assigned the ‘highest’ position conceivable to humans- the sky. The all-powerful, all-knowing gods must reside in the sky, ‘above’ us lowly and humble humans.

This is why even if a person believes that God is in his heart, he raises his hands and looks up to the sky when he prays. No one prays looking down in a canyon or a gorge.

There is a reason why most temples, shrines and other holy places are often located atop mountains and hills. They are places of worship for something ‘higher’. Also, you might have noticed that the statues of the gods throughout history were all made very tall. The more powerful a god, the taller the statue.

Even today, when people make statues of famous political figures, freedom fighters or revolutionists, they make sure that these statues are tall enough, at least taller than humans. This gives these important historical figures a ‘godly’ status.

Where did this human propensity to associate height with power and status come from?

Human beings since antiquity have felt in control of the things around them, especially the things physically lower than them. We have been modifying our immediate environment for a long time now. We control it, we have power over it.

But there are some aspects of our environment that we’ve never been able to control- winds, storms, lightning, thunder, rain, etc. Note how all of these phenomena occur ‘above’ us. Since we haven’t been able to control many forces of nature above us, we’ve associated height with power.

What is above us, therefore, is far more powerful than us. The sky is our master, our Lord. The gods reside in it. This is how we came to unconsciously associate height with power.

It is interesting to note how the different types of chairs assert the various levels of the status hierarchy, especially in the corporate world.

For example, swivel chairs have more power and status than fixed chairs. You’ll never see an important executive sitting on a tool in his office. The higher the status of a person, the higher will be the back of the chair in which he sits.

In any public function, the most important people sit in the front on couches or sofas while the others, the common folk sit on ordinary chairs. The kings, high priests, and popes all sit on raised couches or chairs, highly decorated to reflect their high status.

Imagine how weird it would be if a judge in the courtroom, the ‘Lord’, the ‘Your Honour’, sat at a level below the suspects, witnesses, lawyers, and the audience. No one would take his statements seriously, perhaps not even his death sentences.

Straight back and less gesticulation

If you want people to perceive you as a high-status person, the easiest way to do it is to maintain a straight back and do very little body movements. A straight back makes you appear taller, that’s simple but let me explain why less gesticulation works.

We consider a person to be mature if they can handle their emotions well. The more emotionally stable a person is the more likely he’s perceived to be a mature and a high-status person. This why high-status people are required to keep their cool under pressure or else their leadership qualities are questioned.

Being calm and composed, not revealing your feelings adds an aura of wisdom and maturity around you.

We all intuitively know that our body gestures represent our emotional states. So, the more body movements a person does, the more emotions he’s revealing which means he isn’t calm. Therefore, he’s perceived to be a low-status human being.