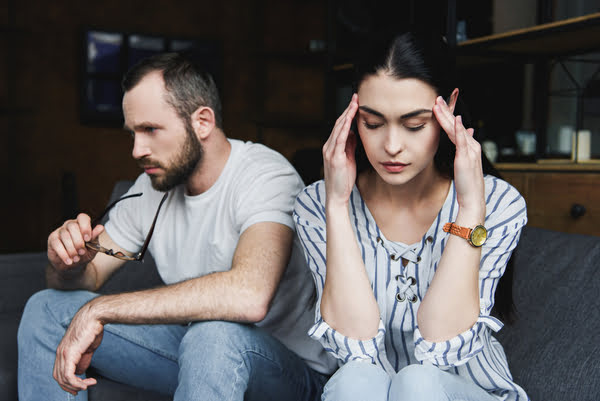 While occasional fights are typical for most relationships, a huge fight can drive a wedge into a relationship. Big relationship fights affect us differently than small fights that get quickly resolved.

Huge relationship fights force us to re-evaluate the relationship. We wonder how things got so bad. We probe deeper than ever into what went wrong. You said things to your partner you thought you’d never ever say. Anger made you say and do things that you now feel bad about.

All is not over. You can still change things for the better. How you handle things now could vastly improve your relationship in the future.

Here’s a step-by-step guide to fixing a relationship after a huge fight:

If you’ve just come from a huge relationship fight, the worse has probably already happened. The arrows have left the bow. Dragging out the conflict further by adding more fuel to it would make matters even worse.

Stop everything, cut the interaction and separate yourself from your partner.

If you see that the conflict is getting uglier with each passing second, you should de-escalate things immediately by not attacking back. Resist the temptation to have the last word by countering the pointed remark with your pointed remark.

2. Reflect on what went wrong

Now that you’re on your own, your anger has subsided, and you’re no longer in ‘attack mode’, you can reflect on what happened with a cool head.

You’ll naturally play the movie of your fight in your head over and over. Don’t just sit there and watch the movie. Think about why things took the turn they did.

Think about what I call communication breakpoints. Conflicts usually arise when one partner says something and the other misinterprets it as something offensive.

How did you and your partner handle these breakpoints?
Did you become defensive without clearing up what they meant?

Him: “I forgot to get milk from the grocery store.”
Her: “You always do this. Big surprise.”
Him: (gets angry) “Why don’t you do it then?”

She thinks he forgot to get the milk because he doesn’t care about her. Not true. He simply forgot. Based on her misinterpretation of the situation, she accuses him of “always” doing this. Again, not true.

Then, he gets angry at her misinterpretation of the situation and the conflict escalates.

It’s important to understand where her accusation “You always do this” is coming from. It highlights the trap people are likely to fall into when they’re under the grip of emotions like anger or fear.

When we feel threatened, our mind tries to justify the threat using selective stories from the past. This emotional inertia, driven by confirmation bias, sustains the anger and fuels the conflict.

When she accused him of “always” doing this, she was already offended (“He doesn’t care”). So, her mind probably pulled all the previous incidences of him being careless while ignoring the incidences where he showed care.

So yeah, she isn’t lying or anything. It’s just that her mind’s playing tricks on her to sustain her negative emotion. But he thinks she’s deliberately lying (his misinterpretation of the situation) and gets angry.

It’s rare that partners will deliberately hurt each other in relationships that are healthy overall. Most conflicts in such relationships are the result of communication breakpoints.

It doesn’t matter who fell into the trap of poor communication first. When you’re fighting, you’re both knee-deep into it.

Resuming communication after a fight is all about fixing the breakpoints that led to the conflict.

When we get angry, our emotional part of the brain takes over, and communication suffers, increasing the frequency of breakpoints.

Now that you’ve had the chance to reflect on the interaction, it’s time to resume communication and go over what went wrong in the previous interaction. This step is essential and shouldn’t be skipped. Some people are like:

You and your partner were at each other’s necks for a reason. You can’t just ‘forget’ what happened and move on. You have to address your issues before you move on.

If you don’t resolve issues properly as they appear, they’ll turn into resentments and rear their ugly heads in future conflicts years later. Your partner will use them as weapons against you in their future conflicts with you. You’d be like:

“Why’s she bringing this up now? I thought she was over this.”

4. See things from their perspective

When you resume communication with a cool head, you’re in an excellent position to see things from your partner’s perspective- the master skill of interpersonal communication. Earlier, when you were jabbing your partner with your words, you couldn’t do this.

5. Validate their thoughts and concerns

Healing a relationship after a huge fight is all about moving from poor communication to better communication. Validating the other person’s thoughts and emotions is crucial for effective communication.

Now that things have calmed down, you’re in a good position to validate your partner’s thoughts and have them validate yours.

6. Apologize for your part in the conflict

Even if you weren’t directly responsible for communication breakpoints, how you reacted to those breakpoints, and to your partner’s reactions, likely fueled the conflict.

It isn’t about who started the fight. It’s about who fueled it. Both partners are responsible for fueling a conflict. Therefore, both partners should apologize for their respective parts in the conflict.

7. Learn what you can from the fight

A relationship is like a person. If it doesn’t learn from its mistakes, it repeats the same mistakes. Over time, conflicts tend to fall into the same patterns.

In fact, having a different conflict each time is a good sign the relationship has learned from a previous conflict and is evolving.

I’m not suggesting that you actively seek conflict, but it’s definitely concerning if you’re having the same conflict over and over. It means your relationship has stagnated.

When you resolve your relationship conflicts in a healthy manner, you and your partner improve and grow as people. You become better and better at communicating, empathizing, seeing things from another’s perspective, and handling conflicts.

You gain tremendous self and other understanding. Your relationship becomes more resilient. You’re like: