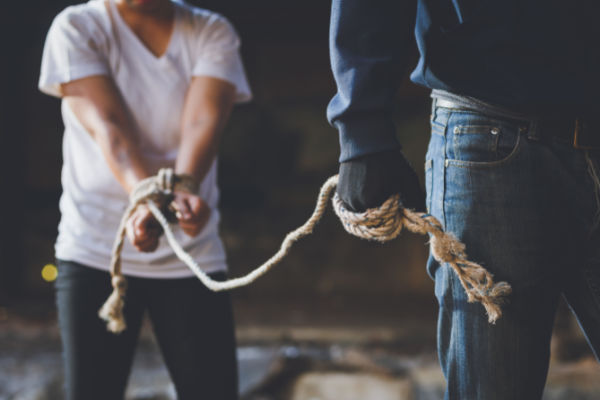 Let’s look at how the syndrome got its name and later we’ll ponder over the possible explanations of the phenomenon.

The backstory of Lima syndrome

MTRA’s demand for the Peruvian government was the release of some MTRA prisoners.

During the first month of the hostage, the captors released more than half of the hostages. MTRA members were reported to have felt sympathetic toward their captives. This phenomenon came to be called the Lima syndrome.

The hostage crisis lasted for 126 days and ended when the Peruvian special forces stormed the embassy building, eliminating all 14 MTRA members.

Following are the possible explanations for Lima syndrome, the opposite phenomenon:

Humans have an innate sense of justice that prevents them from harming innocents. When criminals do harm innocents, they often have to justify the crime to themselves no matter how ludicrous the justification.

This innate sense of justice could be what triggered the sympathy of MTRA members. Most of the hostages who were quickly released were likely perceived as innocent because they had nothing to do with the Peruvian government. They’d gotten unnecessarily embroiled in the conflict.

Harming these innocent hostages or keeping them hostage for long would’ve produced feelings of guilt in MTRA members.

2. Too high-status to be held captive

Humans have a tendency to defer to high-status people. It’s likely that MTRA members, upon capturing high-level officials, experienced some cognitive dissonance. After all, these high-status people are meant to be held in high regard and not held captive.

This cognitive dissonance may have led them to develop a positive connection with their captives to restore a ‘sense of respect’.

There have been other cases of the Lima syndrome where the captors treated their captives well after learning they were well-respected in society.

MTRA members were teenagers and young adults. The status difference between them and their captives was huge.

Capturing someone and holding them hostage is predatory behavior. But humans also have a paternal or protective instinct.

Seeing a woman in a submissive position could even make the male captor fall in love with her, leading him to care and provide for her.

4. Loving the one who loves you

5. Identifying with the captives

If captors can relate to the captives somehow, they’re likely to feel empathetic. In most cases, the captors see captives as outgroups. Their plan is to impose a demand on their enemies, the outgroups (Peruvian government) by capturing some outgroups (government officials) and threatening harm.

So, if the captives have no connection to the outgroup, there’s no point in holding them captive.

How to trigger sympathy in your captor

I hope you never find yourself a captive in a hostage situation. But if you do, there are some things you could do to trigger the sympathy of your captor.

“I have a little daughter to take care of.”

“I have a sick old mother at home to attend to.”

These lines can only work if the captor can relate to them, i.e., if they have had a sick mother or a little daughter to care for. Chances are, the captor couldn’t care less about your family.

A better strategy would be to connect with the captor on a deep, human level so they can humanize you. Things like asking the captor about their motives, their life, and so on.

Another strategy would be to convince them that you’ve got no connection with the outgroup, even if you do. You could do this by distancing yourself from your group and saying bad things about your own group, their outgroup. Anything for survival.

You could go as far as admitting your hatred for your group and expressing a desire to leave the group. But your hatred should be reasonable and in line with the beliefs of your captors. Nothing more, nothing less. Another reason asking them about their motives can be useful.

If you’re a woman held captive by a man, playing up your submissiveness and helplessness might help trigger his protective instinct.