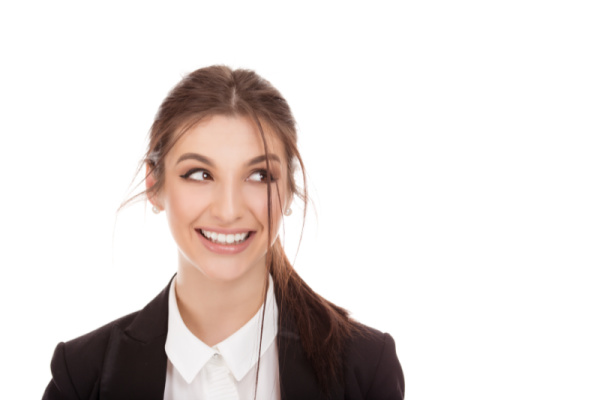 When someone gives you a sideways glance, they look at you from the corners of their eyes. Normally, when we have to look at someone, we turn our heads towards them.

If we’re really interested in engaging with them, we also turn our bodies towards them. These are direct modes of engagement with the other person.

There’s a difference between ‘looking sideways’ and a sideways glance. These are two different gestures but can mean the same thing.

Looking sideways is when a person facing you quickly turns their eyes to one side. This is again an attempt to hide from you but from a prior position of full engagement.

A sideways glance is looking at you covertly from a prior position of disengagement. Why would a person want to look at you from the corners of their eyes?

They don’t want others and you to notice they’re looking at you. They’re stealing glances at you, trying not to get caught. This partial hiding in plain sight could be triggered because of:

Since women tend to be less direct than men, they commonly throw sideways glances at the men they like from across the room. This way, they make it less obvious for others to see who they’re into.

“You’re going to pay for this!”

When you see or hear something you disapprove of, you may look sideways if you’re already engaged with the person:

Or you may give the other person a sideways glance if you’re at a distance:

“Why is he being such a jerk?”

We do the ‘looking sideways’ gesture when we want to turn away from something but not completely. For example, you’re talking to a friend and they say something stupid. You keep your head turned toward them but shift your eyes to the side to express your disapproval.

Note that this facial expression has a tinge of friendliness mixed into it. The person who looks sideways while interacting with you is communicating:

“Look, you’re nice and friendly but I disapprove of what you just said.”

This is why people on the receiving end of this gesture don’t feel offended. They know the disapproval isn’t hostile but mild or even ‘cute’.

Another possible meaning of this gesture could be that something in their field of vision has grabbed their interest or distracted them. But they don’t want to fully disengage from you, which is a good sign.

Look at the context to figure out what it is.

There’s another version of the sideways glance that’s not really a sideways glance but has the same effect. It’s when the person looks at you but turns their head to the side, looking at you directly from the corners of their eyes.

It’s like the person’s head wants to turn away from you, but their eyes are glued to you.

This body language gesture is commonly seen when people don’t understand something:

“Wait a minute! You’re not saying that…”

It can also signal skepticism:

Imagine an interviewer asking a celebrity a highly inappropriate and personal question. That’s when the celebrity is likely to do this gesture.

Clusters of the gesture

Most people intuitively understand this gesture when they see it. Still, looking at the clusters of this gesture can help you narrow down its meaning in a situation and prevent confusion.

You should always rely on multiple body language signals to draw high-stakes conclusions. Look at what else the person giving you a sideways glance is doing with their body and facial expressions.

If their sideways glance is accompanied by a smile and/or raised eyebrows, it’s a sure sign of interest. If their eyebrows are lowered and their nostrils flaring, they’re probably mad at you (sizing you up from a distance).