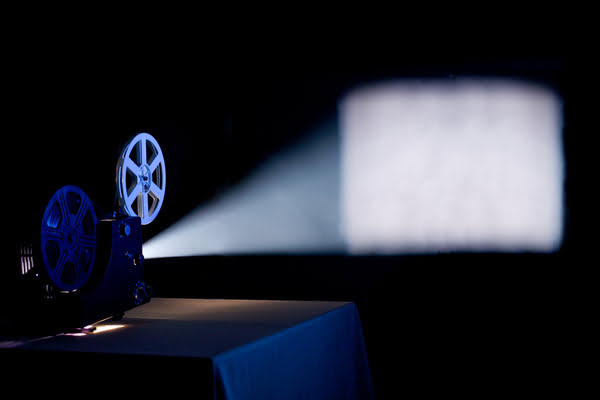 Projection in psychology means projecting your own mental states and traits onto others- traits that they don’t possess. Just as a movie projector projects moving images from a reel onto a screen, people project what’s going in their minds (reel) onto others (screen).

The screen itself is blank.

Projection is of two types:

An example of positive projection would be idealizing your romantic partner and believing they possess the good traits that you have, but they don’t.

When we talk about projection, we’re usually referring to negative projection. This type of projection is more common and can have drastic consequences.

Negative projection is when you attribute your negative qualities to others. For instance, denying a lack of responsibility in yourself while calling others irresponsible.

To further clarify the concept of projection, let’s take a look at some more examples:

If a husband cheats on his wife, he may accuse her of cheating. In this case, he’s projecting his behavior (being a cheater) onto his wife (who’s not a cheater).

If you’re about to get married and are spending more time with your fiancée, your mother might feel insecure and exert greater control over you. Meanwhile, she may accuse your fiancée of being insecure and controlling.

What causes someone to project?

Being social species, humans need to look good to themselves and others. They highlight their positive traits and hide negative ones.

Projection is a denial of one’s dark side. It’s a defense mechanism of the ego. Admitting your flaws and negative traits hurts the ego.

Projection can be conscious or unconscious. Conscious projection is manipulation and is not very different from gaslighting.

For instance, if your father abused you as a child, you may experience problems with your social life when you grow up. You may find it hard to trust people.

Abuse creates shame in you, and you come to believe that something is wrong with you. As you grow up and your ego develops, you may find it harder and harder to admit your ‘flaw’. So, you project that ‘flaw’ onto others:

“I hate people. I don’t trust them. They’re flawed.”

Of course, there’s some truth to it. Nobody’s perfect. That’s a fact. But you use this fact not just to state a fact but also to stroke your ego and put a lid on your shame.

Signs someone is projecting

If you suspect someone you know is projecting, look for the following signs:

If their anger and reaction are disproportionate to the situation, they’re likely projecting onto you. It may seem like they’re attacking you, but they’re really only fighting with themselves.

They’re embroiled in their inner conflicts, desperately trying to hide their dark side.

When they yell at you and say:

“WHY ARE YOU BEING SO MEAN?”

What they’re really saying is:

If their overreaction is recurring and follows the same pattern, you can almost be sure they’re projecting.

If you dare remove the lid and peek into the dark pit of their hidden negative qualities, you’re sure to face a backlash. They’ll grab you by the collar, pull you away, and slam the lid close.

When someone is projecting onto you, this is precisely what happens when they’re quick to blame you. They’re more interested in covering their lid than gathering facts.

They don’t stop to think that blaming you for the things that you didn’t do or the traits that you don’t have only makes things worse.

3. Living in a distorted reality

When someone is projecting onto you, their perception of reality gets distorted. They create their own fantasy world where you’re the guilty party. They throw their unjust accusations at you, and nothing seems to change their mind.

It’s hard convincing them to change their minds because they’re emotion-driven. They cannot be objective.

Self-victimization is common in those who’re projecting. Often, it’s not enough to unjustly accuse you. They also want you to feel guilty for a trait you don’t have. So, they go on and on about what you’re (not) doing and how it affects them.

If someone accuses you of doing something you did do, you can fight back and justify your actions or admit your mistake and apologize. You know what happened happened. The issue gets resolved quickly. You suffer mentally for some time and then bounce back.

But when they’re projecting onto you, the issue (non-issue) lingers. It lingers because you’ve been accused of something you didn’t do. You need time to process what’s going on. Your reality has been distorted.

You can’t focus on other life areas. Because to focus on something, you need a ‘self’, and your ‘self’ just got turned inside out.

Of course, it’s going to take longer to recover from that.

If you don’t, there’s a possibility that your distorted self becomes your new self. You come to believe the false accusations.

“If they’re calling me stupid repeatedly, maybe I am stupid.”

This projective identification is harder to reverse and recover from.

This is as deadly as it gets. Advanced manipulation.

Since their projections are realities to them, they use them as a weapon to project again.

“I told you your wife is an evil person. I’ve told you that three times already.”

How to respond to someone who is projecting

First, make sure they’re really projecting by looking for the above signs. You don’t want to project your own projection onto them. It’s possible that you’re the one who’s projecting but are unjustly accusing them of it.

With that out of the way, you have to consider what type of person they are. If you think they’re smart and you can help them see reality, great. If they’re not as objective as you’d like, you need a different approach.

Try opening their lid gently. Tell them it’s okay for them to have their flaws. You have them too. Most of us have been hurt and are healing. We’re all works in progress.

Avoid anger as much as possible. You can’t fight with a person who’s not even in the same reality as you.