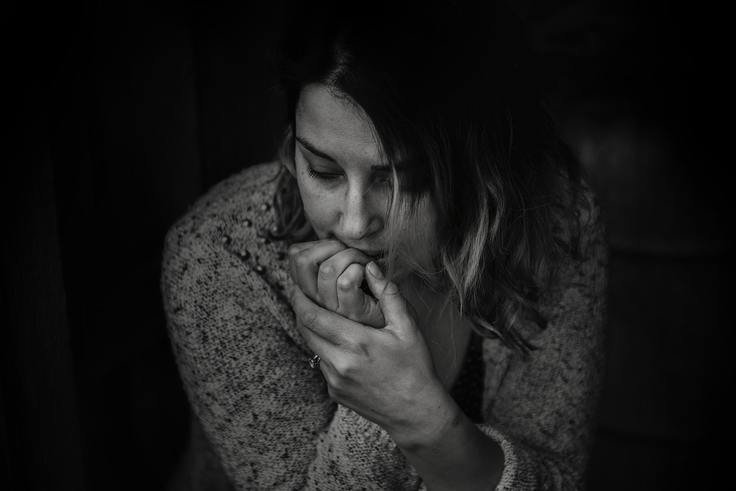 Why do people engage in nail-biting? What does the nail-biting gesture show? Is it simply because they’ve grown too long? What’s the nail-cutter for then?

While nail-biting may have several causes, this article will look at what causes nail-biting gesture in people from the perspective of body language. We’ll also look at some other similar behaviors that you’re likely to observe alongside nail-biting.

Cutting nails with the teeth is not only inefficient but also very time-consuming, yet some people do it. So there has to be some other reason behind the nail-biting habit other than just cutting nails.

It’s likely that boredom and frustration, in combination with anxiety, is what caused nail-biting in such cases. Anxiety may or may not occur alongside boredom or frustration.

Anxiety is not always easy to detect because it’s almost always related to some future event that a person believes he’s incapable to deal with. In other words, the person is usually anxious about something that isn’t happening, but something that he thinks is about to happen.

The important question is: Where does nail-biting fit in the equation? How does it serve an anxious person?

Loss and gain of control

Since anxiety makes a person feel that they little or no control over the inevitable, dreaded situation, anything that can make them feel ‘in control’ has the potential to relieve anxiety. And that includes nail-biting.

Nail-biting is a very controlled, repetitive and predictable movement. There isn’t a single person on this planet who can’t control the action of nail-biting. It’s nothing like controlling a spaceship. All you have to do is sink your teeth in your nails again and again.

This sense of control that a person achieves from biting nails helps him reduce the feelings of loss of control that were initially triggered by his anxiety. Also, when we sink our teeth into something, we feel powerful.

The desire to feel powerful is triggered by the feeling of powerlessness. More power means more control. Other than biting nails, some people chew their pen caps and others brutally disfigure their pencils.

Anxiety is a form of fear that a person feels when he finds himself incapable to deal with an upcoming situation. Fear results in what is known as the freeze response where the person’s body becomes stiff as opposed to being relaxed.

A person may be very relaxed around his close friends and relatives, but as soon as they’re in the company of strangers, they might become stiff, move less and talk less than they normally do.

An anxious person’s mind is pre-occupied with his anxiety, and so he’s unable to concentrate properly on his current actions and speech. This is why an anxious person is more likely to make silly mistakes such as dropping things, stumbling, saying meaningless things, etc.

We all make silly mistakes from time to time, but if we’re feeling anxious, the odds of making such mistakes increase dramatically.

There’s a famous dialogue in the movie Pulp Fiction where the actress, while eating at a restaurant, asks something like, “Why do people have to talk non-sense in order to feel comfortable?”

Well, the answer is- because they’re anxious. In order to hide his feelings of discomfort, an anxious person tries to talk so that people around him think everything’s fine with him. But this often backfires because if a person tries to talk in a state of anxiety, he’s likely to talk non-sense since he can’t fully concentrate on his speech.

Other anxiety behaviours include shaking gestures such as tapping feet, tapping hands on the lap, drumming fingers on the table and jiggling pocket contents.

We do shaking gestures when we feel ‘stuck’ in a situation, period. The shaking behaviour is an unconscious attempt by the body to ‘run’ away from the present situation.

Imagine you’re engaged in a conversation, whilst seated, with a friend who suddenly jiggles his feet.  You ask yourself, “Why is he anxious? Or is that impatience? I was only talking about the marriage of my cousin. Given his interest so far in the conversation, I don’t think he’s bored. Then what’s making him anxious? Marriage? Cousin?”

This has to reflect in his body language. He’ll either jiggle his feet with greater speed or he might start kicking the air. While jiggling may be a sign of anxiety, kicking is a subconscious way of combating the unpleasant.

Then you can confidently tell him, “Everything alright with you and your wife?” He may look at you with surprise and tell you, “What! Are you a mind reader or something?” Little will he know what complex calculations you had to make to reach that conclusion.