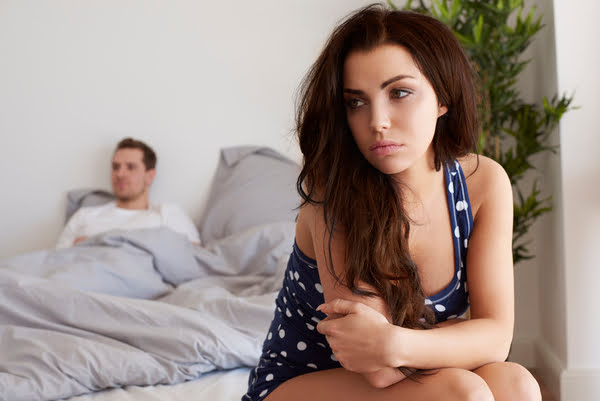 Humans are wired to give and receive affection. It’s how we bond as a social species. Affectionate behavior makes the recipient of that behavior feel seen, validated, wanted, and loved.

Physical affection is a major component of affectionate behavior. Although, one can also give affection verbally in the form of praise, appreciation, confessing feelings, etc.

Physical affection is all about touch. Humans use touch as an essential tool to give and receive affection. Examples of affectionate behaviors involving physical contact include:

Touching reduces stress and releases the hormone oxytocin that facilitates the formation of an emotional bond between the touchers.1

Since affection is a basic human need, a lack of it is bound to cause problems. Receiving the attention and affection of parents and other primary caregivers is crucial for the healthy development of children.2

This need for affection persists into adulthood when adults form relationships with other adults.

Does lack of affection affect women differently than men?

Women seem to have a greater desire for giving and receiving affection than men. This is evidenced by the fact that men tend to express affection less often than women.

There’s a limit to the amount of physical contact men engage in with other men. If they do it too much, it becomes weird. They’re accused of being gay.

Women, in contrast, can get away with much physical affection without being judged. They’re often seen hugging and kissing their female friends.

One reason for this may be that society is more tolerant of female than male homosexuality.

Another reason could be that men are not into physical affection as much as women are. They’re much more interested in sex, even if they get it devoid of any affection (think hookers).

I’ve never come across a man complaining that he isn’t getting enough attention and affection in his relationship.

Furthermore, women are more touch-sensitive and relationship-oriented than men are.

All these things point to a woman’s greater need for physical affection.

Effects of lack of affection in women

First, let’s look at the general effects of the lack of affection of people. Then, we’ll narrow down how it affects women in particular.

Research has linked lack of affection in adults to stress, depression, and worse health.1

People who lack affection in their intimate relationships are likely to suffer from:

Since women crave affection more, the above problems get magnified in them. Plus, they experience additional issues that men don’t.

Let’s dive into the different ways women get affected by a lack of affection in their close relationships:

A woman’s life revolves around her emotions. She feels empty when she can’t express her feelings, good or bad. Her life loses color without emotions. Lack of affection in a relationship makes the relationship lifeless for a woman.

Since affection is the primary basis on which women bond, not having affection in their relationships makes women feel disconnected and lonely. For a woman, a lonely relationship is one where she feels unseen, unheard, and invalidated.

Men, in contrast, can bond over simple things like sports. They don’t require affection to bond.

Depression is usually the result of consistently failing to solve a major life problem. Unlike men, lack of affection can be a significant life problem for women.

This is a big one.

Unlike men, women’s self-worth tends to be tied to the quality of their relationships. This is why you often see women posting pictures of their close relatives and friends on social media. And why you see them posting pictures with babies and pets.

I’ve even seen career-oriented women do this, which tells me they identify more with their affectionate relationships than their careers.

“Look! I can provide resources.”

Being able to provide resources is an attractive trait for men to have in the sexual marketplace.

When women boast about the quality of their relationships, they’re essentially saying:

Recently, I was at an amusement park with my fiancee. Some kids were trying to get on a ride but had no money. I felt their pain and decided to pay for them.

My fiancee and I also wanted to take the same ride.

While riding, my fiancee asked a kid to sit beside her. She put her arms around the kid and asked him questions sweetly, trying to bond with him.

During the ride, I saw her bonding with the little dude. My attraction to her increased. Knowing psychology can be a curse sometimes. You can’t help but analyze everything.

While admiring her, I immediately realized that this was one of those ‘mothering behaviors’ that women unconsciously engage in to attract men.

It worked. I was attracted.

Then it hit me.

I had done the same darn thing a few moments ago. By paying for the kids, I showed ‘fathering behavior’, which can be attractive to women.

And it worked. She liked it.

We both convinced each other we could be good parents, so our attraction for each other grew.

“Would I have paid for the kids if she wasn’t with me?”

Then, I also asked myself:

“Would she have bonded with the kid if I wasn’t there?”