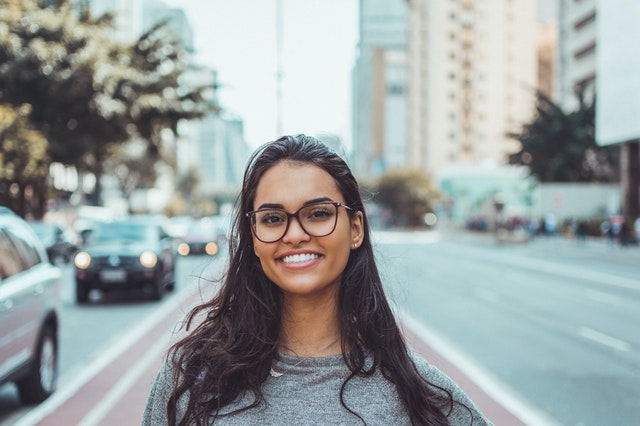 When someone smiles at you, it tells you very clearly that the person acknowledges you and approves of you. No one can deny how good it feels to give and receive a smile. You can never expect harm from a smiling person. A smile makes us feel really good, secure, and comfortable.

But why is that? What’s the purpose of smiling in humans?

Our cousins may have the answer

No, not our maternal or paternal cousins. I’m talking about the chimpanzees. The way chimps smile is very similar to us.

Chimps use smiling as an expression of submission. When a chimp encounters a more dominant chimp, it smiles to show the dominant chimp its submissiveness and its disinterest in fighting for dominance.

By smiling, the submissive chimp tells the dominant chimp, “I am harmless. You need not be intimidated by me. I submit and accept your dominance. I’m afraid of you.”

Since human beings are also primates, smiling in us serves pretty much the same purpose. It is the most effective way to convey our submissiveness to others and tell them that we’re non-threatening.

Interestingly. many studies have revealed that if people are not smiled at during first meetings, they perceive the non-smilers to be hostile.

This is why smiling comforts people and makes them feel good. At a deep unconscious level, it ensures them safety, survival, and well-being- the most primal human needs.

Chimps and humans smile in much the same way to signal submissiveness. But there is a particular smiling expression seen in humans that is strikingly similar to the one seen in chimps.

When a chimp encounters a more dominant chimp, it’s very likely to use this smiling expression if it has no intention to compete for dominance. It is known as the ‘fear face’ and is shown on the chimp’s face below:

It is a rectangular-shaped smile in which teeth sets are close to each other and the lower jaw is slightly exposed. Human beings make this expression when they’re frightened, excited, surprised, or anxious– anything that has an element of fear mixed with it.

The ‘fear face’ expression is seen on a person’s face very briefly when he’s frightened because it fades away rather quickly.

We humans usually make this expression when we finish a long run (“Gee… that was quite a run!”), lift a heavy weight (“Good Lord… I just lifted 200 pounds!”), wait at a dentist’s clinic (“I’m about to get drilled in the mouth!”) or dodge a bullet (“You… did you see that? I almost got killed!”).

Some smile more, others smile less

If you pay close attention to the frequency with which people smile in different situations, you’ll soon get an idea of the socio-economic hierarchy of your society. Okay, that’s a bit of a stretch.

In an organization at least, you can tell a lot about the status of its different members just by noticing who smiles more and who smiles less, when and where.

A subordinate usually smiles more than necessary in the presence of a superior in order to appease him. I still remember the fear smile of my teachers when the principal used to come to our class with his courtiers (read secretaries) during my school-days.

Even if a superior feels like smiling in front of a subordinate, it will be a very restrained and brief smile. He has to maintain his dominance and superiority.

You’ll rarely see a very high-status person laughing and cracking jokes with a low-status person in an organization. He usually prefers to do that with his equals.

Laughter as a fear reaction

Some experts believe that even laughter is a fear reaction. They argue that the basis of most jokes is that, at the punchline, something disastrous or painful happens to someone.

This painful event may be physical (e.g. falling down) or psychological (e.g.humiliation). The unexpected ending with the painful event essentially ‘frightens our brain’ and we laugh with sounds similar to a chimp warning other chimps of imminent danger.

Even though we consciously know that the joke isn’t a real event or isn’t happening to us, our laugh releases endorphins anyway for self-anaesthetics to curb the perceived pain.