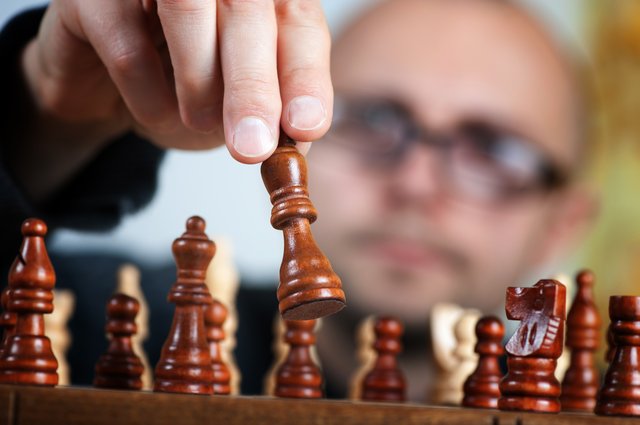 This article will discuss the meaning of the steeple hand gesture- a gesture commonly observed in professional and other conversational settings.

Before I go into what the steepling hand gesture looks like and what it means, I want you to imagine the following scenario:

You’re playing chess and have reached a crucial moment in the game. It’s your turn and you’re thinking of making a move you consider brilliant. A move that will give you an edge over your opponent.

You reconsider your move, think over its consequences and decide not to make it! You finally realize that it was a trap.

You’re no chess grandmaster, but the simple knowledge of a body language gesture just gave you an advantage over your opponent.

The hand gesture that your opponent did in the above scenario is known as ‘the steeple’. It is usually done in a seated position while the person is engaged in a conversation.

The person brings their hands together in front, with finger-tips touching each other, forming a structure akin to a ‘church steeple’.

This gesture is done by those who feel confident about what’s going on. It’s usually done in a conversation when someone feels confident about the topic they’re talking about.

However, a person who is simply listening to a topic they’re well-versed in may also assume this gesture.

Also, it is commonly observed in superior-subordinate relationships. It is often done by superiors when they’re giving instructions or advice to subordinates.

When a person answers a question using ‘the steeple’ gesture, know that he knows, or at least thinks he knows, what he’s talking about.

In the above chess game example, when you placed your hand over the chess piece that you intended to move, your opponent instantly took the steepling hands gesture.

He told you non-verbally that he feels confident about the move you’re about to make. This made you suspicious, and so you re-thought and re-considered your move.

There is another, more subtle variation of this gesture that is most commonly observed during conversations. One hand grips the other from the top as shown in the image below:

It is done by a person who feels confident about what’s going on, but also has some doubts in the back of their mind.

Another variation of the steeple hand gesture is when a person lowers their steepled hands to bring them near their stomach. Typically, the gesture is made in front of the chest, with elbows propping it up.

When the person brings down their elbows, they open up their upper body, maintaining the steeple at a lower position. In addition to confidence, this gesture conveys a cooperative attitude.1

The steeple and debates

Knowledge of the meaning behind the steepling hands gesture can be very useful in teaching, debates, discussions, and negotiations.

For instance, when a teacher or educator adopts this gesture, it tells the audience that something thoughtful is being said that needs some pondering on.2

In debates and discussions, watch when people make this gesture as they are talking and note the corresponding points and topics. These are their strong points.

There’s no point in wasting your efforts trying to argue against these points. They’ve probably backed up these points with solid proofs, reasons, and statistics.

Instead, if you focus on the topics they’re not so sure about and argue against those, your odds of gaining the upper hand will increase.

Also, people tend to be very stubborn about the things they’re cocksure about. So when you’re trying to convince someone during a negotiation, you can avoid such topics and focus on the ones they’re unsure about.

I’m not saying that you should always avoid the topics that the other person is sure about. If a person is open-minded, they’ll still listen to you even if they hold a contrary opinion. But most people are far from open-minded.

They’ll hold on to their opinions stubbornly. So knowing beforehand what topics they’re not willing to put up on the table for scrutiny can save you a lot of time and energy.

It’s a good idea to use this gesture to convey your confidence. Not only will your audience see you as a self-assured person, but they’re also likely to develop positive feelings towards you.3

However, you shouldn’t overuse this gesture lest it may across as unnatural and robotic. Excessive steepling may lead people to think you’re overconfident and arrogant.4

The power of this gesture lies in how it makes others think that you’re an expert or a thoughtful person. You can’t be an expert about everything in every situation.

So overusing this gesture will make it lose its value. Most people will feel uncomfortable and dismiss you as fake or overconfident. Whereas few people knowledgeable about body language might even see right through your manipulation.