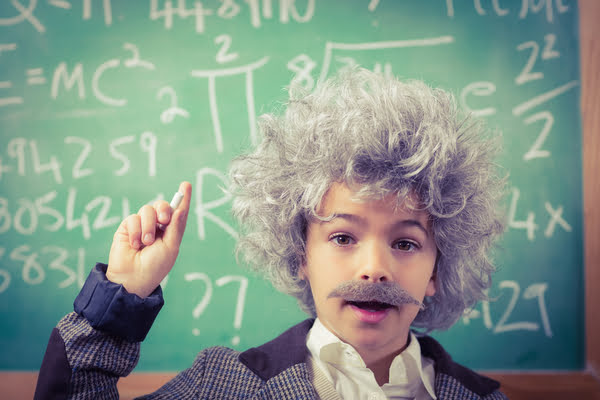 Children are expected to go through some normal developmental milestones as they grow up. One such milestone is being able to speak.

While language is developed in stages, most children have already said their first word by age one. By age three, most children can engage in simple conversations.

Some children miss these milestones, causing much worry to their parents and caregivers. This ‘speech delay’ is sometimes a symptom of a developmental condition like autism, intellectual disability, or hearing impairment.

However, speech delay in late-talkers is just one symptom of autism and other disorders. It’s possible that a late-talker is developmentally healthy. There’s just a delay in talking. They eventually overcome this delay and speak normally.

Such children likely have Einstein syndrome- a condition where there’s a speech delay in children who’re otherwise very gifted in other developmental areas like mathematical abilities and problem-solving.

Albert Einstein experienced speech delay in his childhood to such a degree that his teachers thought he was mentally disabled and wouldn’t amount to anything. He even had problems speaking properly at age nine.

Yet, his name is synonymous with genius.

Thomas Sowell, who coined the term, noted that these late-talking genius kids were likely to have close relatives in analytical or musical careers, suggesting a genetic predisposition.

There’s very little research available on the syndrome. It isn’t listed in the latest version of the Diagnostic and Statistical Manual of Mental Disorders (DSM-5). So, there’s no formal diagnosis.

It’s much more common in boys, suggesting that male hormones may have a crucial role to play during prenatal development.

This test is based on the Einstein syndrome symptoms revealed by the miniscule research available on the topic. It consists of 12 items with two options- Agree and Disagree.

It’s designed for a parent suspecting their child (under 6) has the syndrome. You can take the quiz anonymously, and we don’t store the results in our database.