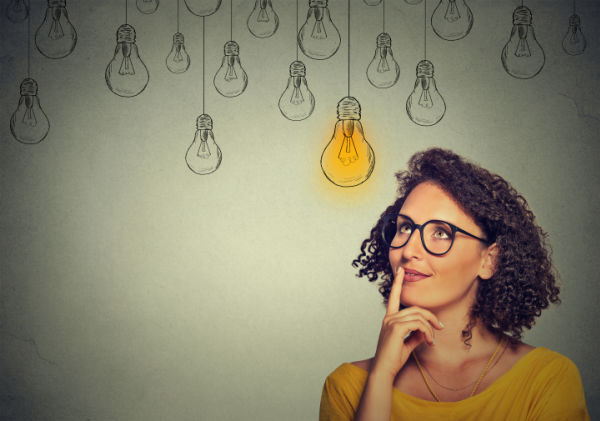 A genius is a person who has reached the highest level of skill in their chosen craft. Geniuses are highly creative individuals who make original, useful, and surprising contributions to the world. Geniuses are usually geniuses in one area, but there have been some who excelled in multiple areas.

One can be a genius in the sciences, arts, sports, business, and even in dealing with people. Whatever craft one has mastered, they can only be seen as a genius if others see the value in their contribution.

Is genius born or made?

Like every other nature vs. nurture problem, this question has been fodder for a longstanding debate in psychology circles. Having read arguments from both sides, I’ve come to the conclusion that nurture is the clear winner here. Geniuses are not born, they’re made.

I’d learned this lesson accidentally at a very young age. In school, from 1st to 5th standard, there was this one student who always topped our class. Everyone, including me, thought he pulled that off because he was more intelligent than all of us.

When I was finishing my 5th standard, a friend told me that next year our class teacher is going to be very strict. He instilled fear in me by telling me that she punishes poor students harshly.

Until now, I was an average student. The fear of coming across as a poor student to my new teacher motivated me to be better prepared and study harder. As a result, I topped the first exam of the 6th standard.

When that teacher asked our class to guess who had topped, not a single student said my name. When she announced it was me, everyone was taken aback, including me. No one had expected anyone to de-throne the topper of our class.

That experience taught me that the toppers were really not that different from me. They didn’t have superior natural ability. If I only worked as hard as they do, I could beat them.

Many people still cling to the belief that geniuses are born, not made. It’s a comforting belief because if geniuses are fundamentally different from you, it’s not your fault you’re not a genius. If you can do what they can, you feel burdened to reach your potential and guilty if you don’t.

Natural ability doesn’t matter that much

I’m not suggesting that natural ability doesn’t matter at all. There are individual differences in people’s natural cognitive abilities. But these differences are not huge. It’s never the case that someone is so naturally gifted that they hardly have to put any effort into becoming a genius.

Irrespective of your natural ability, you have to put in a lot of time and effort to reach the highest level of skill in your chosen craft.1

Why most people aren’t geniuses

Putting huge time and effort into one focus area goes against human nature. We’re wired to seek instant gratification and rewards. We want things now, not at a later date. So, we don’t like to devote huge amounts of time to the pursuit of something.

Also, we want to conserve energy. We want maximum rewards for minimum effort and time invested. This is evident in what people seeking to become geniuses type in Google:

In our resource-scarce ancestral times, these strategies were helpful and they ensured our survival. But the same strategies trap us into procrastination and bad habits in modern environments, preventing us from reaching and expressing our genius.

Another reason most people don’t become geniuses is that they underestimate the time and effort it takes to become one. It’s because people see geniuses all around them- talented actors, singers, musicians, authors, etc. They see the outcomes- the finished products and are blind to what happens in the background.

If people knew what it took to become a genius- if they could see that laborious background process, most would stop wanting to be one.

To become a genius, you have to overcome your natural human tendency to conserve energy (laziness) and seek rewards instantly.

In the next section, we’ll discuss the common traits of geniuses that allow them to do exactly that. If you don’t consider yourself a genius, incorporating these traits into your personality shall put you on the high road to becoming a genius.

Incorporating these personality traits is only a small part of the equation. You still have to put in all that time and effort, unfortunately.

How to become a genius: Traits of geniuses

I know, I know. You’ve heard the phrase “find your passion” countless times and it makes you cringe. Yet, no amount of cringe can take away its truth. All geniuses are passionate about what they do.

Why does passion matter?

Steve Jobs explained it well. It makes no sense to put huge time and effort into something if you don’t love the process of putting in all that time and effort.

Genius-level work involves delayed rewards. Sometimes, the rewards can take years. If you don’t enjoy the journey, it makes no sense to continue putting your time and effort into something that isn’t yielding anything.

If you don’t find the process rewarding, every cell in your body will protest and ask you to deploy your resources elsewhere.

Geniuses understand that they have limited resources. So, they invest most of their attention, energy, time, and effort into their craft. They understand that’s what it takes to do genius-level work.

Show me a person whose focus is splintered among multiple projects and I’ll show you a person who isn’t a genius. As the saying goes: A man who chases two rabbits catches none.

Geniuses practice their craft repeatedly over several years. The beginning phase of mastering something is usually the hardest. Most people quit when they hit the first obstacle- when they get a rude awakening of how hard it really is.

Geniuses, in contrast, welcome obstacles, and challenges. They see those challenges as opportunities to become better at their craft.

A genius is often a person who managed to preserve their childhood curiosity. As we get conditioned by society and educational institutions, we tend to lose that flair for asking questions. Being a genius is more about unlearning than it is about learning.

Geniuses have an unrelenting quest for continuous learning.2 They consistently seek information from a variety of sources and test them against reality to see what works.

Since becoming a genius requires putting huge amounts of time and effort into something, geniuses are infinitely patient. Having patience doesn’t mean that they do their minimum and then sit and hope to reach their outcomes. No, it means they understand some things take time, despite one’s best efforts.

Having a high level of self-esteem is one of the most powerful things that helps a genius stay the course on their long and laborious road to success. When nothing is going your way, having an unshakeable belief that you can make it can be enough to keep you going.

Yes, all those annoying motivational quotes about ‘believing in yourself’ have a lot of truth behind them.

High self-esteem also enables geniuses to turn a blind eye and a deaf ear to resistances and oppositions from others.

Since geniuses produce something original, they’re creative. Creativity is more skill than a personality trait. Like any skill, one can become more creative by practicing being creative.

Creativity boils down to freedom of thought. It requires letting your thoughts and imagination run wild in different directions with no constraints.3

More importantly, it involves trusting your own ideas and doing the work to take them from the realm of imagination into the real world.

When we’re trying to master something, we quickly become rigid in our ways. Sometimes, being open to new ideas and advice can make all the difference. No genius is an island. All geniuses hang around other geniuses to learn from them.

Being open to new ideas requires humility. If you’re arrogant and set in your ways, say goodbye to becoming a genius.

Trying and failing over and over creates a very unpleasant mental state. Humans are averse to ambiguity and uncertainty. We feel compelled to abandon uncertain projects and fall back on certain ones. Instant rewards are certain and distant rewards, uncertain.

Since geniuses chase distant rewards, the dark clouds of doubt, uncertainty, and ambiguity keep following them around. Eventually, when they figure things out, the clouds clear away and the sun shines brighter than ever.

This is closely related to the previous point. Taking risks lands one in the arena of doubt and uncertainty. Geniuses tend to be risk-takers who sometimes put everything on the line to pursue their vision. But here’s the thing: They understand that high risk and high rewards go together.

If they play it safe, they risk never reaching their full potential and vision. As the saying goes: Better to have tried and failed, than not to have tried at all.

You can’t do genius-level work living on the surface. You have to dig deeper. No matter what their chosen craft, all geniuses dive deep into the details of what they do. They gain a deep understanding of what they do and all the complexities involved.4

Geniuses know they need to sacrifice a lot of things to become geniuses. It’s simple math, really. The more time and effort you can take away from other things, the more you can devote to your craft.

Geniuses often sacrifice their other life areas to succeed at their craft. Some sacrifice their health, some their relationships, and some both. That becoming a genius requires sacrifice can be a hard pill to swallow for many.

Of course, you don’t have to completely ignore your other life areas. It’s not healthy and may quickly burn you out. What you can do is 80/20 those life areas and pay just enough attention to them so you don’t feel lacking in those areas.

You could devote all that saved time to your craft.