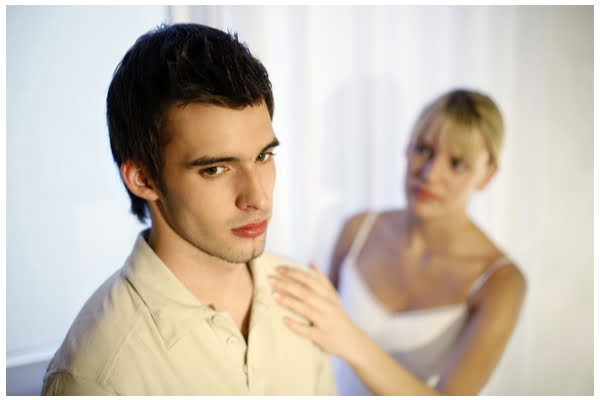 New relationships typically go through this ‘honeymoon phase’ where both partners are on a high and enjoy each other’s company. After this phase, either the relationship moves forward and solidifies, or one partner pulls away.

I suspect the latter is more common than the former. But why does it happen?

Though both men and women pull away in a relationship, this article focuses on why men do it when things get serious. I’ll first talk about the evolutionary goals that men and women have to provide some context and then go over the different reasons men pull away. Finally, we’ll discuss what you can do to handle such a situation.

Evolutionary goals of men and women

Women have higher costs of reproduction and child-rearing. So, if they’re looking for a long-term relationship, they seek the best mates who can provide for them and their offspring. Consequently, they have high standards for men.

Women can maximize their reproductive success by pairing up with the best quality mate they can find and devoting their resources to raising offspring.

Men, on the other hand, have low costs of reproduction. They don’t have to rear the offspring, so they’re sort of ‘free’ to mate with other women. The more he ‘spreads his seed’, the higher his reproductive success. Since the burden of raising offspring will largely lie on every single woman that he reproduces with.

This is why it’s usually women who push for commitment in a relationship because they can gain the most (reproductively) by doing that. I’ve never heard a man say, “Where is this relationship going?” It’s almost always a woman’s concern that a relationship solidifies into something long-term.

At the same time, men seek to avoid committing to a single woman because that way they lose reproductively. Or at least don’t gain as much as they could.

Of course, other factors also come into play here, especially the socioeconomic status of the man. If he’s high status, he knows he can attract a lot of women and maximize his reproductive success. He’ll be more averse to commitment.

A low-status man, on the other hand, will consider himself lucky if he reproduces at all. He’s more likely to commit to a single woman.

Reasons men pull away when things get serious

‘When things get serious’ basically means the relationship is solidifying and becoming more of a long-term thing. Since the woman had been kind of waiting for this, it’s the worst time for the man to pull away. She feels deeply hurt and rejected when he pulls away at this stage. After all, she has invested so much in him.

Now that you have the evolutionary context in mind, you’ll understand many of the reasons men pull away when things get serious. Let’s go over those reasons one by one:

A man, especially a high-status man, doesn’t want to lose access to other mates. Therefore, the idea of commitment is unappealing to him. Such men tend to keep their relationships numerous and casual so they can convince their minds they’re mating with a lot of women.

So, when a relationship gets serious, they’re afraid they’ll have to give up other mating opportunities. Hence, they pull away at the slightest whiff of a commitment.

2. Believing they can do better

Since men are seeking to mate with several women, their standards for sleeping with women tend to be lower. For them, it’s more about quantity than quality when it comes to hook-ups.

But the same men who have low standards for casual relationships can have high standards when they’re looking for a long-term partner. If the woman they are with doesn’t meet their standards for a committed relationship, they pull away at the slightest hint of commitment.

3. Not ready to commit

Sometimes men are simply not ready to commit even though they might want to. They may have other life goals in mind, such as finishing their education or getting a promotion. Since a committed relationship demands heavy investment of time and energy resources, they think those resources are better spent elsewhere.

4. They’re eyeing someone else

It’s possible that he has someone else in mind who better satisfies his criteria for a long-term partner. So, he pulls away to give this other woman a chance.

When something threatens that role, they pull away and seek relationships where they’re able to take that role. This ‘something’ could be the woman becoming a better provider than him, him losing his job, or her dominating in the relationship.

Of course, self-aware men can overcome these tendencies or manage them well, but that doesn’t mean those tendencies aren’t there.

Men who’ve been through some kind of childhood trauma harbor a sense of shame that makes them believe they’re unworthy of love and intimacy. Even though they want to commit, they can’t get too close.

7. Being unsure of his partner

If the woman is right for the man, he’d hardly have problems moving forward and committing. He’d be willing to give up his other mating opportunities. But if he has sensed some red flags in her, he’ll have to step back and re-evaluate her and the relationship.

For some men, pulling away could be a strategy to avoid getting hurt. They may have been hurt in a committed relationship before. So by pulling away, they’re trying to avoid hurting themselves again.

9. Response to her clinginess

No one likes clingy and needy people. If a woman is clingy to the point where he feels suffocated, he’s naturally going to pull away.

10. Response to her pulling away

As I mentioned before, women pull away too after the initial phase of a relationship. But they typically do it for different reasons than men. For instance, she might pull away to test if he becomes needy or desperate. If he does, he fails the test.

If he doesn’t and pulls away too, he passes her test.

This is perhaps the only instance where his pulling away can actually be good for the relationship.

11. Wanting to slow things down

Sometimes things can happen too fast too soon. If he hasn’t experienced these overwhelming emotions before, he may need to slow things down.

The best relationships are the ones where both partners respect each other’s boundaries and identities. If he feels like he has changed after being with her, he may try to bring his old self back by pulling away and ‘finding himself’ again.

Dealing with men who pull away

When someone pulls away in a relationship, their partner will always sense that something is off. We’ve evolved to be sensitive to the cues that signal our potential partner may be abandoning us.

If you’re a woman and he pulled away when things got serious, you have to first acknowledge that it made you feel bad and not gaslight yourself. After that, you confront him assertively, expressing how his actions made you feel. It’s always better to ask than to assume.

If he cares about you, he’ll apologize (if he did it intentionally) and remedy things. Or at least clear things up if he wasn’t being intentional. If he goes into denial mode or gaslights you, he probably doesn’t care about you and is unwilling to commit.

If you find you’re putting more effort into the communication and it’s not flowing naturally between you two, it again shows unwillingness on his part. Maybe it’s time to pull the plug and cut your costs.

Remember, you can’t push anyone to commit. They have to be 100% sure they want to commit. If they’re not, they may commit but will likely harbor resentment towards you that’ll leak out later in ugly ways.