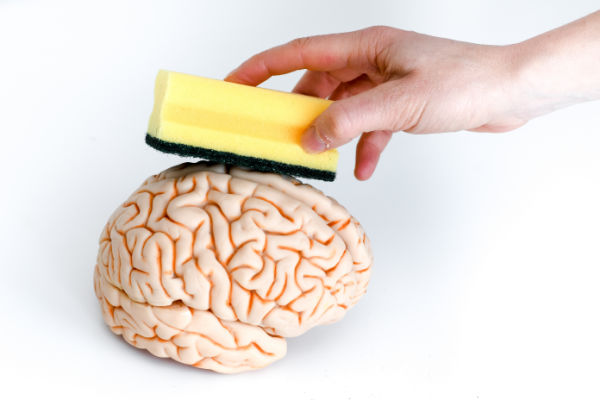 Brainwashing is the process of repeatedly indoctrinating a person with a new set of beliefs. It’s helpful to think of brainwashing in terms of identity. When someone is brainwashed, they ditch their old identity and acquire a new one.

The indoctrinated beliefs that support the person’s new identity change their thoughts and behaviors. The person is transformed.

We’re all brainwashed in one way or the other by our society. It’s the process of socialization we all go through to better fit into our culture. While brainwashing has negative connotations, it isn’t necessarily a bad thing.

Brainwashing is essentially acquiring beliefs without critical thought. Children can’t think for themselves and need to be brainwashed to turn them into functional members of society. But once a person becomes an adult, it becomes more and more important that they test the validity of their beliefs.

Adults who’re not critical of their beliefs are vulnerable to abuse and exploitation. Those who go through the stage of individuation during their teenage years and develop a healthy sense of self have stable levels of self-esteem.

This is not to say that those who’ve developed a strong identity for themselves can’t be brainwashed. Certain life events can make even the most stable people vulnerable to brainwashing.

In this article, when I mention brainwashing, I’m talking about an adult who suddenly becomes someone else via brainwashing. Brainwashing is usually associated with abusers and cults. Following are the agents that frequently engage in brainwashing:

People brainwash so they can gain power over, control, use, and exploit the brainwashed.

People who’ve developed a strong identity for themselves are less prone to brainwashing. They’re not easily swayed by the influence of others. They know who they are and what they want. Their identity rests firmly on the foundation of intangible things no one can take away from them- their skills, traits, abilities, passion, and purpose.

This is important because one may have developed a strong sense of self that rests on a volatile foundation. This is true for most people who strongly identify with their jobs, relationships, and material possessions.

So, when a crisis happens and they lose their jobs, relationships, or possessions, it leaves a gaping hole in their identity. They suffer from an identity crisis.

When someone goes through an identity crisis, they’re desperate for a new identity. They become vulnerable to brainwashing because it promises them a new identity.

People develop their identities via socialization. Identity formation is therefore a social thing. People seek to develop an identity that will be acceptable to their ingroups.

Brainwashers carry out their brainwashing in the following steps:

If the target is lost and already going through a crisis, it’s likely they’ve separated themselves from their own group, at least mentally. The brainwasher isolates them physically as well by taking them to a different location and asking them to cut all contact from their previous group.

2. Breaking down the target

The brainwasher or abuser does what they can to completely destroy the target’s previous identity. They’ll make fun of the way the target has been living their life up until now. They’ll mock their previous ideologies and group affiliations.

To prevent any resistance and destroy whatever self-esteem is left in the target, they’ll often humiliate, embarrass, and torture the target.

This preys on the target’s fundamental human need for an identity seen as desirable by the group to which they belong.

4. Rewarding the target for joining

Cult members celebrate when they recruit a new member to give them a sense of accomplishment. The target feels they’ve done something worthwhile. Often, the brainwashing group will give the recruit a new name that’s in alignment with their newly adopted identity.

Signs of a brainwashed person

If you see most of the following signs, there’s a good chance they’ve been brainwashed.

How to undo brainwashing

If a target has been deeply brainwashed and for long, undoing brainwashing can be immensely difficult. How long it takes to undo brainwashing will depend on the depth of brainwashing.

Beliefs solidify over time and are harder to break. The earlier you can undo someone’s brainwashing, the better.

Following is the step-by-step approach you can take to reverse a person’s brainwashing:

1. Isolate them from their cult

As long as they stay in their group, they’ll keep reinforcing their identity and beliefs. So, the first step is to remove them from their group. Our beliefs require support from our environment.

When the target is isolated or placed in a different environment, their mind can take a break and give itself a chance to re-evaluate things.

2. Present yourself as an ingroup

Ironically, the methods to undo brainwashing look a lot like brainwashing itself. It’s because the mind works how it works. We can’t escape the rules of the mind.

Presenting yourself as an ingroup means you show the target that you’re on their side. If you try to convert them right out of the gate, they’ll resist you and think of you as the outgroup, i.e., the enemy.

You can show them you’re on their side by being non-judgmental, non-defensive, compassionate, and respectful. You don’t want to give them any reason to resist you.

3. Poke holes into their beliefs

You don’t want to blast through their beliefs by telling them how wrong and ridiculous they are. That approach rarely works and makes them defensive.

Instead, you want to ask them questions, show genuine curiosity. Ask them questions about what they believe with a mindset of “Let’s deconstruct these ideas together”. As you do this, make sure you point out the flaws in their convictions in a non-attacking manner.

This ‘death by a thousand cuts’ approach will slowly weaken their beliefs. Do it repeatedly to plant the seeds of doubt in their mind.

4. Show them how they’ve been brainwashed

When you’re poking holes into their convictions, show them that their beliefs have no logical basis. Tell them they’ve accepted the ideas of their cult without critical thought.

“You’re so naïve for having fallen into this trap.”

“Can you see how you’ve been brainwashed by X? Don’t worry, we can reverse it together. We can work through it.”

This communicates that they’re separate from their beliefs. If they acquired those beliefs, they can also ditch them.

Your goal is to appeal to their need for being rational. You show them that the way they developed their beliefs was anything but rational.

5. Show them the MO of other brainwashers

At this point, if they’re starting to question their beliefs, you can push them further by showing the modus operandi- and exposing the agenda- of brainwashers. Tell them stories and show them clips of cults who brainwashed and harmed people.

This solidifies the idea in their mind that they were influenced like many others and can get back on track.

While you do this, you’re planting the idea in their mind that the brainwasher is their enemy, i.e., the outgroup.

Tell them the thoughts they had, the opinions they held, and the things they used to do. This will help them settle in nicely into their previous identity.

Note that once a person is brainwashed, they may not be able to completely return to their previous self. They don’t have to. Their mind has been stretched.

They only need to drop the negative aspects of their indoctrinated beliefs and brainwashed identity. They can safely keep the harmless aspects of the brainwashing, and incorporate those into their previous self.

Explain to them how their brainwasher preyed on their weak identity and a lack of self-worth. If you care about them, you don’t just want to restore their previous identity; you want to update it.

If they return to identifying with temporary, intangible things, they’ll again become susceptible to brainwashing when the next crisis hits. You want to teach them how to identify with their permanent skills, mindsets, and abilities.

This will not only pave the way for a healthy level of self-esteem but also inoculate them from future brainwashing.