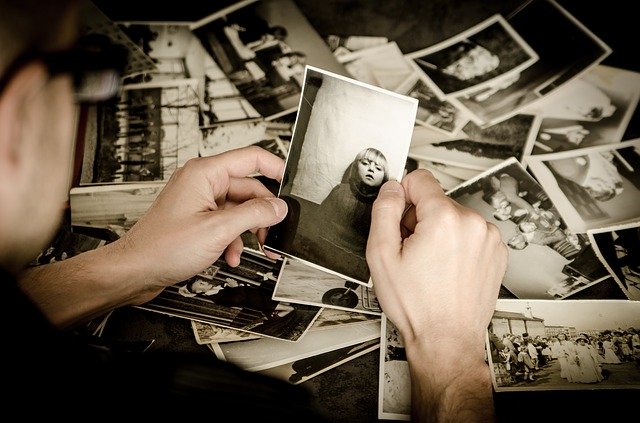 Memory in psychology is defined as the persistence of learning. You can learn, recognize, and recall information. This shows your mind has an in-built storage system for information.

In this article, I’ll briefly discuss the types of memory in psychology. Then, I’ll explain them in detail in the next sections.

Types of memory in psychology

Broadly, human memory can be classified into three types- sensory, short-term, and long-term.

No matter what type of memory we talk about, there are three stages in which information is handled by our memory systems:

Now, let’s dig deeper into the three types of memory:

Visual sensory memory is called iconic memory. It stores icons or mental images of real-world objects. When you look at a bright object and immediately close your eyes, the image of that object in your mind’s eye is called an icon.

Similarly, sounds are stored in our echoic memory, i.e. our auditory sensory store. When someone is talking to you and they leave the room saying ‘Goodbye’. That ‘Goodbye’ may persist in your echoic memory for a few seconds. That’s echoic memory. One study reported that echoic memory can persist up to 10 seconds.

What’s the use of sensory memory?

How does information pass from sensory memory to short-term memory?

Our sensory system is smart because it takes in all this information but stores it for a very brief period- just long enough for us to decide what’s important.

You’re able to read this article because the words in this article move past your sensory gateways and enter your short-term memory. More on this later.

Your sensory system is still monitoring and recording other information in your environment that you aren’t overtly paying attention to.

If there were a loud bang outside, you’d be forced to direct your attention to it. This shows that while you were reading this article, a tiny part of your attention was monitoring sounds coming from the outside, outside of your awareness.

I’m sure you’ve seen one of those notebooks where each page contains a picture that is, in itself, incomplete. But when you turn the pages quickly, the pictures make sense and tell a coherent story. This is possible because our sensory memory holds each image long enough so you can connect it to the next image.

If you were to turn the pages slowly, it would be impossible to connect the image of one page to the next because the information in sensory memory decays rapidly.

The same principle applies to videos. A video is made by displaying a series of different pictures rapidly, creating the illusion that the pictures are moving. If there were a long delay before the next image was shown, it’d feel more like watching a photo album than watching a video.

You’re reading this article because you decided, of all the current sensory information available to you, it deserves to pass your sensory gateways and into your short-term memory.

Whatever we’re paying attention to is stored in our short-term memory. Memory researchers often ask participants to recall items (e.g. word lists). They found that short-term memory can hold up to 7 (±2) items. This is called Miller’s magic number.1

As mentioned earlier, information stays in short-term memory for about 20-30 seconds.

As you’re reading this article, you’re holding its words in your short-term memory long enough to understand their meaning, their connection to previous words, and their context.

If I asked you to recall the very first word of this article, you won’t be able to. It’s because when you started reading this article, you held that word in your short-term memory, understood and used it, and then discarded it.

What I’m trying to get at is that you can use or work with the information in your short-term memory before you discard it.

Three things can happen to the information stored in short-term memory. First, you can use and discard it (like the first word of this article or the phone number you’re asked to note down). Second, you discard it without using it. Third, you can transfer it to your long-term memory.

How do we store information in the phonological loop?

We do it by rehearsal. To store information (phone number) in the phonological loop, we repeat it to ourselves vocally or sub-vocally. In other words, we say it or whisper it repeatedly under our breath. This is called maintenance rehearsal because it maintains information in working memory so we can use it.

As if ‘maintenance rehearsal’ wasn’t fancy enough, the other fancy term for it is articulatory rehearsal process.

Say I show you a picture you’ve never seen before and ask you to remember it. You won’t repeat the picture’s name (sound) vocally or sub-vocally because you don’t know what the picture’s called (called = sound).

Instead, you might pay attention to the picture’s visual details and remember it visually. This information is stored in the visuospatial sketchpad.

If I showed you the picture of a basket and asked you remember it, you might go ‘basket, basket…’ under your breath and remember it. Here, because you can connect the picture to a name, you rely more on the phonological loop. You may not remember the visual details as much, unless specifically asked to.

When you talk to people, your working memory is busy helping you remember what they just said. You understand their words and reply to them. Replying to them is working with the sounds they’re producing.

As you’re reading this article, you’re basically saying it to yourself under your breath. This information, again, is stored in your phonological loop.

It’s crazy to think about, but without that inner voice, you’d probably have to rely on your visual short-term memory to ‘read’ this article. This means you’d have to stare at each word before you could move on to the next word.

Researchers believe spatial memory is different than visual memory. Hence the name ‘visuospatial’. If you close your eyes, you’ll still be able to move to other rooms in your house thanks to the information stored in your spatial memory.

The central executive works with the information in the working memory, be it the phonological loop or the visuospatial sketchpad. It’s not a store, but a processor. It decides what information needs to be worked with and how.

The central executive decides where your attention goes. Your attention can go to the visuospatial sketchpad, phonological loop, or to your long-term memory.

When you’re asked to recall the nearest planet to the sun, your central executive directs your attention to your long-term memory to retrieve this information.

It’s a limited capacity storage that combines and stores information from the visuospatial sketchpad and the phonological loop and transfers it to long-term memory. This was added to the model to account for how our working memory would bind information from other stores.

Before we move on to discussing long-term memory, let’s first understand how researchers realized that memory was of two distinct types- short-term and long-term.

Participants were asked to memorize a list of words and recall them immediately after finishing hearing the list. They found that the participants most accurately recalled words at the beginning and the end of the list. The words in the middle were poorly recalled.3

How do you go about explaining these effects and the serial position curve?

Maintenance rehearsal not only maintains information in short-term memory but can also transfer it to long-term memory.

The idea was to suppress rehearsal when the participants finished hearing the list. This way, participants had time to rehearse the initial part of the list but not the last part. Consequently, they got this graph:

The recency part of the curve was reduced, showing that suppressing maintenance rehearsal prevents information storage in short-term memory. A fancy term for this is articulatory suppression.

The primacy part of the curve wasn’t eliminated because that information had already been rehearsed and transferred to long-term memory.

Right off the bat, we can say that information that is rehearsed in short-term memory is likely to get passed on to long-term memory. We saw this in the primacy part of the serial position curve.

Another example would be you remembering your own phone number. Others have likely asked for your number over and over (rehearsal). So you passed this information to your long-term memory.

When students cram before exam, their rehearsal passes information to their long-term memory. Interestingly, they dump most of what they learned as soon as they finish the exam. This shows that long-term memory behaves like short-term memory in some ways.

What do I mean by that?

When you look at a word, you first look at its letters. You notice their colour, shape and size. This is called shallow processing. When you think about what that word means, you’re doing deep processing.

Studies show that deeply processed information leaves a stronger memory trace in long-term memory.5 In other words, you’re likely to remember something for a long time if you understand what it means.

So when you’re trying to remember new information, it helps to understand the meaning of that information. Doing so is called elaborative rehearsal.

You may have forgotten much of what you learned in school, but you probably remember the basic principles of some subjects because you understand them. This information has lasted in your long-term memory because it’s deeply processed or semantically encoded. This brings us to our first type of long-term memory:

Semantic memory is your knowledge of the world- the facts you know and can consciously recall. The answer to the question ‘Which is the nearest planet to the sun?’ is stored in your semantic memory. Semantic memory holds pieces of meaning in the mind.

According to the spreading activation model of long-term memory, when one piece of meaning is activated in your mind, semantically similar pieces may also get activated.

If I ask you: ‘What is the opposite of small?’ you might think of ‘big’. Thinking about ‘big’ may activate words similar in meaning like ‘large’, ‘giant’, ‘huge’, etc. Hence, activation of information in long-term memory spreads along semantically similar concepts.

Not only do we remember facts about the world, we also remember our experiences. Our life experiences or episodes are stored in our episodic or autobiographical memory.

You probably remember your first day in college (episodic) but you probably don’t remember when and where you learned the concept of ‘college’ (semantic).

Semantic and episodic memories can be grouped together under explicit or declarative memories. Explicit because these memories are consciously recalled and declarative because they can be declared to others.

Now let’s talk about implicit memories, i.e. memories that do not require consciousness.

As the name suggests, procedural memory is an implicit memory that helps us remember a procedure, a skill, or a habit.

Therefore, procedural memories are non-declarative memories you don’t have to consciously recall but are there lingering in your mind somewhere.

In fact, classical conditioning mostly occurs outside of our awareness and is a good example of priming.

To give you a more concrete example, I want you to answer these two rapid-fire questions:

a) How do you pronounce the word ‘shop’?
b) What do you do when you come to a green traffic signal?

If you answered ‘stop’ to the second question, you’re wrong, and you just fell victim to priming. The word ‘shop’ in the first question unconsciously activated a similar-sounding word ‘stop’ before you could even process the second question properly.