What is fear, and what causes phobias?

What is fear, and what causes phobias?

Sajid was strolling in the woods in peace, far away from the din of his city. It was a quiet, serene ambiance and he loved every minute of this holy re-connection with nature. Suddenly, a barking noise came from behind the trees that surrounded the trail.

He was sure it was a wild dog and he remembered the recent news reports of wild dogs attacking people in this area. The barking grew louder and louder and, as a result, he was terrified and the following physiological changes occurred in his body:
Without giving it a second thought, Sajid ran for his life back toward the city.

What was going on here?

Fear is a fight-or-flight response
The emotion of fear motivates us to either fight or take a flight from the situation we are afraid of. All physiological changes that happened in Sajid’s body were preparing him for either of these two actions- fight or flight.

Since he knew that dogs were dangerous, he chose to run (flight) instead of trying to overpower a crazy, wild animal in the middle of nowhere (fight). As you can see, the goal of this fight or flight response is to ensure our survival.

People usually talk very negatively about fear often forgetting the important role it plays in our survival. Yes, I know they mostly refer to other kinds of unwanted, irrational fears when they say that fear is an enemy but those fears are essentially the same (as I’ll explain later) as the fear that we experience while being chased by a wild beast.

The only difference is that the unwanted, irrational fears are usually much more subtle- to the extent that sometimes we aren’t even aware of the reasons behind them!

Unwanted, Irrational fears
Why would we ever have irrational fears? Aren’t we rational beings?
We may consciously be rational but our subconscious which controls most of our behavior is far from rational. It has reasons of its own that often conflict with our conscious reasoning. The fear that gets triggered in you when being chased by a wild beast perfectly justified because the danger is real but there are many irrational fears that humans develop toward situations that are really not that threatening.

They don’t seem threatening to our conscious, logical and rational mind but to our subconscious mind they do- that’s the rub. Even if the situation or the thing that we fear is not dangerous at all, still we ‘perceive’ it to be dangerous and hence the fear.

Mechanics of irrational fears
Suppose a person fears public speaking. Try to convince that person logically before his speech that he shouldn’t be afraid and that his fear is totally irrational. It won’t work because, as mentioned before, the subconscious doesn’t understand logic.

Let’s take a deeper look into the mind of this person.

In the past, he was rejected many times and he believed it happened because he wasn’t good enough. As a result, he developed a fear of rejection because every time he got rejected it reminded him of his inadequacy.

So his subconscious made him fear public speaking because it thought that speaking in front of a large audience can increase his chances of him getting rejected, especially if he didn’t perform well. He was afraid that others would find out that he sucks at giving speeches, lacks confidence, is clumsy, etc.

All this is interpreted by him as rejection and rejection has the potential to damage anyone’s self-esteem.

There can be many reasons why a person fears public speaking but all of them revolve around the fear of being rejected. Clearly, this person’s subconscious mind used fear of public speaking as a defense mechanism to protect his self-esteem and psychological well-being.

This is true for all fears. They protect us from real or perceived dangers- dangers to our physiological survival or psychological well-being.


Phobias and learned fears
When a fear is excessive to the extent that it causes panic attacks when the feared object or situation is encountered then it is called a phobia. All phobias are learned fears. If a person had an intense, traumatic experience with water (such as drowning) in his early life, then he may develop a phobia of water especially in places where there’s a chance of getting drowned.

If a person didn’t undergo any traumatic experience with water but only ‘saw’ someone else drowning, that too may develop hydrophobia in him when he sees the fearful reaction of the drowning person.

This is how fears are learned. A child whose parents are constantly worried about health-related issues may catch this fear from them and continue to be a constant worrier throughout his own adulthood. If we are not careful and conscious, people will keep on transferring their fears to us that they themselves might have learned from the others.

The only way to overcome fears
is… to face them! I guarantee you that it’s the only method that works. After all, if courage was an easy thing to develop than everybody would’ve been fearless. But that is clearly not the case. Exposing yourself to the things and situations that you fear is the only way to conquer fear.

Let me explain why this approach works:

Fear is nothing but a belief– a belief that something is a threat to your survival, self-esteem, reputation, well-being, relationships, anything. If you have irrational fears that actually pose no threat then you just have to convince your subconscious that they pose no threat. In other words, you have to correct your incorrect beliefs.
The only way this can be done is by providing your subconscious with ‘proofs’. If you avoid the things and situations you fear then you are only strengthening your belief that what you fear is threatening (otherwise you wouldn’t be avoiding it).

The more you run away from your fears, the more they will grow. This is not a contrived platitude but a psychological truth. Now, what happens when you decide to face your fears? Most probably you realize that the thing or the situation you were afraid of isn’t that dangerous as it seemed beforehand. In other words, it caused you no harm. It was not threatening at all.

Do this enough number of times and you’ll kill your fear. This is because you’ll be providing more and more ‘proofs’ to your subconscious mind that there is. in fact, nothing to fear and a time will come when the fear will completely disappear. Your false belief will get withered away because there’s no longer anything there to support it.

Fear of the unknown 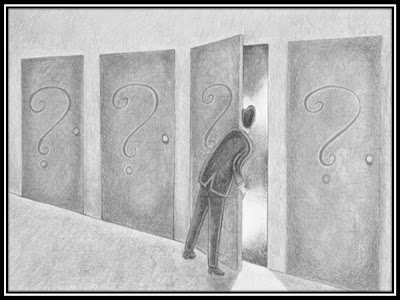 Let’s change the scenario a bit in Sajid’s example that I gave at the beginning of this post. Let’s say instead of choosing flight, he chose to fight. Maybe he decided that the dog wouldn’t bother him much and that if it did he would do his best to shoo it away with a stick or something.

As he waited there anxiously, grabbing a stick that he’d found nearby, an old man appeared from behind the trees with his pet dog. Apparently, they were enjoying a stroll too.. Sajid instantly calmed down and breathed a deep sigh of relief. While there was every possibility that Sajid could’ve been in real danger had it been a wild dog, this scenario perfectly illustrates how irrational fears affect us.

They affect us because we don’t ‘know’ yet that they are just errors of perception.