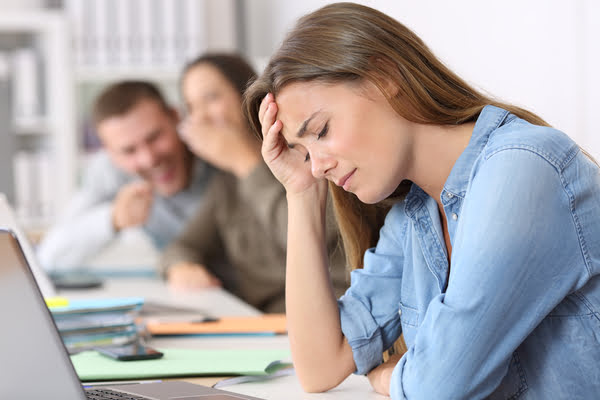 I mean, we have little conscious control over it when it happens. Like many other thoughts and emotions, we can only deal with this psychological phenomenon post hoc. We can only manage it after it has happened.

Why does it happen, though?

I used the phrase “we feel” in the above sentence because what we feel may or may not align with reality.

In other words, there are two possibilities when it comes to taking things personally:

Let’s tackle these two situations separately and in detail.

What’s your level of self-esteem? What’s your worth out of 10 in society? Pick a number. This number determines your self-confidence and pride.

When someone devalues you by criticizing, mocking, or defaming you, they’re telling the world that you’re a 5 and not an 8. They’re lowering your perceived value in society.

You feel personally attacked because, according to you, this person is lying to the world about you. You feel the need to defend yourself and restore your actual value in the eyes of society.

When you picked 8 as your value, you may have been wrong. You may have inflated your value so you can look good to people. People do this all the time, especially when showing off.

Someone came along and called out your fake value.

They devalued you, yes, but their devaluation was justified.

You should feel personally attacked because this person showed you the mirror. The feelings of hurt you’re experiencing should motivate you to raise your value in society so you can truly be an 8.

But if you really are an 8 and someone calls you a 5, then their devaluation is unjustified.

They probably hate you and want to come across as better than you. This happens a lot to successful, high-value people.

You’ll take this unjustified devaluation less personally because you know your actual value. You know the person criticizing you is bad-intentioned. The world knows what your value is. You don’t need to defend yourself.

You may even feel bad for the person trying to make you feel bad. It’s like they have nothing better to do with their lives.

Humans care about coming across as valuable so much that they see devaluation where there is none. We’re wired to over-detect devaluation, so we can be over-prepared to protect our value at all costs.

For instance, people assume that others talk negatively about or laugh at them in social situations. They rarely assume they’re being praised.

Our minds are social devaluation detection machines because we’d risk getting socially excluded if we didn’t detect the slightest devaluation from others. Over-detecting devaluation helps us quickly change our behaviors, restoring our value in society and keeping track of who belongs to our tribe and who doesn’t.

Getting offended at perceived or actual devaluations is also a way to tell others:

“Hey! I don’t like that when you devalue me in front of everyone. Stop doing it!”

Humans are already wired to detect devaluation where there is none- to misinterpret neutral information as a personal attack. Things worsen when you add trauma to the mix.

A person who has been traumatized by a caregiver in the past, especially in childhood, often carries a shame wound inside.

This “I am defective” wound makes them view reality through their own lens of trauma. Their mind is constantly scanning for devaluation from others, waiting to get triggered.

You may say something to them with good intentions, but their psychological wound will turn it into something else. They’ll have disproportionate reactions to things that don’t usually bother others.

It’s like the social value number in their minds is stuck at 4. They won’t believe you even if you tell them they’re a 6. They’ll see your normal neutral remarks as personal attacks. They’ll even sabotage their own efforts to stay at 4.

How to stop taking things personally

The first question you should ask yourself when you take something personally is:

“Am I actually being devalued?”

The devaluation may be real, or you may be projecting your own insecurities onto the other person.

If the devaluation is justified, work on increasing your value. That means accepting that you have low self-esteem and working from there.

If the devaluation isn’t justified, ask yourself:

“Why is this person trying to devalue me?”

You can come up with dozens of reasons, none having anything to do with you. Maybe they’re:

If you don’t think you’re actually being devalued, delay your response. Settle down so you can see things more clearly. Your getting triggered is probably an overreaction. Ask them to clarify what they meant.

Practice the ultimate social skill of seeing things from their perspective.