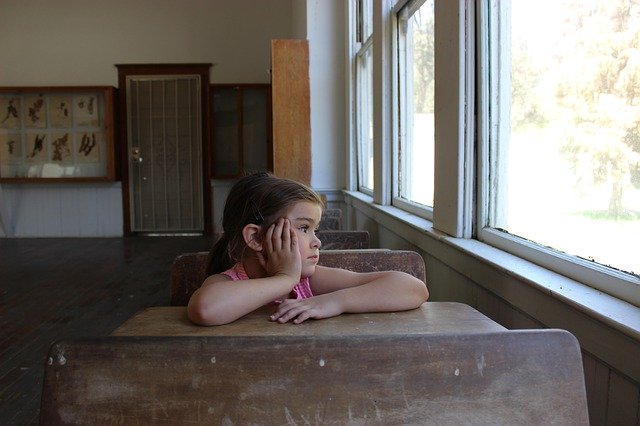 Why do we daydream?
What causes daydreaming?
What triggers it and what’s the purpose?

Before we begin to understand why we daydream, I want you to imagine the following scenario:

You’re studying for a particularly hard test that’s round the corner and feel that you haven’t covered as much of the syllabus as you wanted to by now.

You begin trying to solve a problem you think will take 10 minutes to solve. But 15 minutes later, you find that your mind has wandered off into a daydream. You aren’t even halfway to solving the problem.

What’s going on? Why do our minds drift off into imaginary worlds instead of concentrating on the task at hand?

We daydream a lot

It’s estimated that around half of the time of our waking life is spent daydreaming.

If daydreaming is so frequent and common, it’s likely to have some evolutionary advantage.

To get an idea about that advantage, we need to look at the stuff our daydreams are made of.

In a nutshell, most of our daydreams revolve around our life goals.

What people daydream about depends on their unique personalities and needs, but there are also common themes.

People usually daydream about the memories of their past, the problems they’re currently grappling with, and how they expect, or don’t expect, their lives to unfold in the future.

Daydreaming about the past, present, and future

As per an article published in National Geographic, most daydreams are about the future.

Daydreaming allows us to prepare and plan for the future.

By visualizing what our future may hold, we can think of possible obstacles that might hinder us from reaching our life goals. This helps us find a way around those obstacles.

Daydreaming about what’s going on in our current life allows us to reflect on what these experiences have taught us so.

This makes us better equipped to deal with similar future scenarios.

If we’re currently facing any challenges, daydreaming allows us to ruminate over these challenges so we can search for a viable solution.

Daydreaming about the past allows important life lessons to take root in our psyche.

Since people usually daydream about the good things that happened to them, it hints at a wish to relive those experiences.

So a good fraction of daydreams, like night dreams, are an exercise in wish-fulfillment which may also include fantasies.

Another known fact about daydreaming psychology is that we daydream lesser as we age. This makes sense as when we’re older there isn’t much future left for us to visualize. We have, more or less, reached some of our most important life goals.

Daydreaming psychology of men and women

Since men and women play different evolutionary roles, it makes sense to predict that there must be some differences in the content of their daydreams.

Generally, men’s daydreams are ‘conquering hero’ daydreams where they daydream about being successful, powerful, overcoming personal fears and gaining appreciation.

This is consistent with the evolutionary goal of men trying to climb up the ladder of social status.

Women’s daydreams tend to be of the ‘suffering martyr’ type.

In such daydreams, people close to a woman realize how wonderful she is and regret not counting on her or doubting her character.

Such daydreams may also involve family members begging for reconciliation.

These are daydreams focused on repairing relationships, consistent with the more relationship-oriented psychology of women.

Although daydreaming is frowned upon by teachers in classrooms, many people have claimed that they got their best ideas and eureka moments when they were daydreaming.

How do daydreams generate creative ideas?

When you’re solving a problem, you tend to have a single-minded focus on it. Your train of thought is narrow and focused. You think along set patterns of thought.

Therefore, there is little scope to explore creative ways of thinking.

Sometimes, when you’ve given a problem to yourself, the conscious mind delegates it to the subconscious which begins working on solving it in the background.

Even if your subconscious finds a solution, it may not necessarily be accessible to your consciousness.

This is because you’re thinking in restricted ways. There’s nothing in your stream of consciousness that may connect to the solution your subconscious may have come up with.

As you let your mind wander, you combine and recombine ideas. It is likely that a new thought generated by this process connects with the solution of your subconscious giving you a light bulb or a stroke of insight.

Studies show that the same areas of the brain are active when we daydream that are also active when we’re solving a complex problem.1

Hence, we’re likely to drift into a daydream when we have challenging life problems to solve.

A form of dissociation

Though daydreaming can help you rehearse probable future events, learn from the past, deal with current challenges, and provide creative insight, it’s basically dissociation– a separation from reality.

Why would your mind want to dissociate from reality?

There can be many reasons. For one, the current reality may be unbearable. So, to avoid pain, the mind seeks an escape in a reverie.

Instead, a boring college lecture or preparing for a tough exam usually triggers our daydreaming.

Similarly, daydreaming can also provide an escape from a low mood.

It’s likely that daydreaming is triggered during a low mood to either escape from it or counter it by imagining desirable scenarios.

The next time you find that your mind has wandered off into the lands of imagination, it may be helpful to ask yourself: “What am I trying to avoid?”