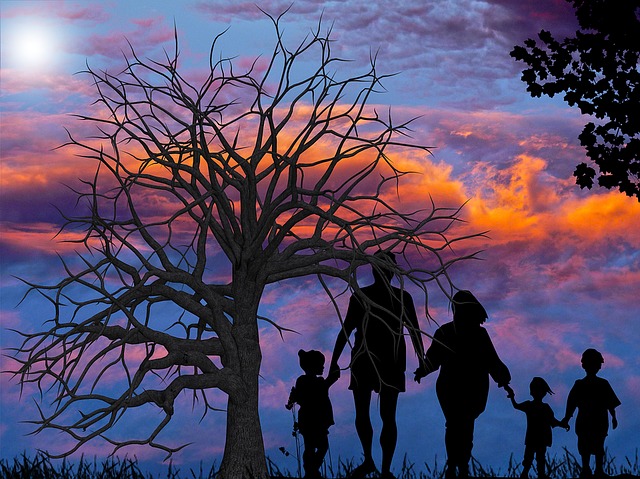 Why do poor people have so many kids while those higher up the social hierarchy tend to have fewer children?

Numerous factors have come together to make the evolution of family possible in us homo sapiens. Typically, families evolve in the animal kingdom when individuals can increase their odds of reproductive success by staying close to, and helping, their genetic relatives.

A family is just a bunch of people with shared genes who’re trying to ensure the replicative success of these genes. A family is a behavioral strategy evolved in genes to ensure their transfer to the next generation, using individuals as vehicles.

Each individual within a family has something to gain by being in the family- otherwise, the family would disintegrate. Although this gain is primarily reproductive success, there are also other gains such as protection, access to resources, bonding, well-being, etc.

Measuring the reproductive success of a family

Generally, the more offspring a family produces the greater will be its reproductive success- just like a manufacturing company is likely to gain more profits if it produces more units. The more copies a set of genes makes of itself the better.

But things are rarely that simple. Often, there are other factors to consider. Making copies is not enough. You got to make copies that will successfully be able to make their own copies in the future. Now that type of success is dependent on a number of variables- the primary ones being ‘risk of disease’ and ‘availability of resources’.

As you will see, the same subconscious strategy can turn out to be rational (vis-a-vis reproductive success) in one context and irrational in another.

For most of human evolutionary history, people lived as hunter-gatherers. Generally, men hunted animals, and women foraged for fruit and vegetables. Societies comprised of small scattered bands of people who lived and moved together.

Their diet was protein-rich and most deaths were due to accidents, predation, and inter-group warfare. The risk of diseases, especially contagious diseases, was low. The chances of offspring dying due to disease were low and so families produced a few children (three or four) who were likely to survive.

Large families appeared on the scene only when the agricultural revolution happened about ten thousand years ago. In areas that were most fertile, typically river valleys, large and concentrated communities emerged living on a carbohydrate-rich diet.

The consequence of this was a greater risk of disease, especially virulent diseases. So, as a defense strategy, families typically produced a large number of children in these times. Even if 15 out of 20 children died due to disease, 5 lived to continue their genetic lines.

This behavior is explained by the psychological phenomenon known as loss aversion. It basically means that we’re driven to avoid losses as much as we can. Having a greater number of children allowed our farmer ancestors to increase the probability of their reproductive success.

This is an example of how a subconscious biological strategy can produce reproductively desired results.

Today, thanks to the advances in medicine and hygiene, the number of children a family produces is low (two or three). Parents know, consciously or unconsciously, that the survival chances of their offspring are pretty high. No need to go overboard.

But what about those areas that lack proper healthcare even today? Say, for example, in rural areas of developing countries?

In these areas, since the risk of disease is essentially high, families opt to bear a greater number of children.

This is partly the reason why kings and despots back in the day had numerous children. They could provide equally for all of them if they wanted for they collected most of the wealth and resources of the land.

The chances of survival and reproduction of an offspring are directly dependent upon the amount of resources parents can invest in it.

Of course, you should expect the opposite when it comes to families with fewer resources. The rational thing for them to do is to bear a few children amongst whom they can distribute their limited resources.

So, in rural areas, where people, in general, tend to be poorer, you should expect families with minimal children. But such an observation is rare. In fact, the opposite is true. Rural families, even if they have fewer resources, tend to have more children.

A consequence of the psychological phenomenon of loss aversion is that when faced with a potential loss, we’re likely to take irrational risks to compensate for the impending loss.

So people in rural areas are like, subconsciously, “Screw it! Let’s have as many kids as we can”. It’s essentially a defense in the face of a loss- a reproductive loss that is responded to by seeking irrational reproductive gain.

This is an example of a subconscious psychological strategy turning out to be irrational.