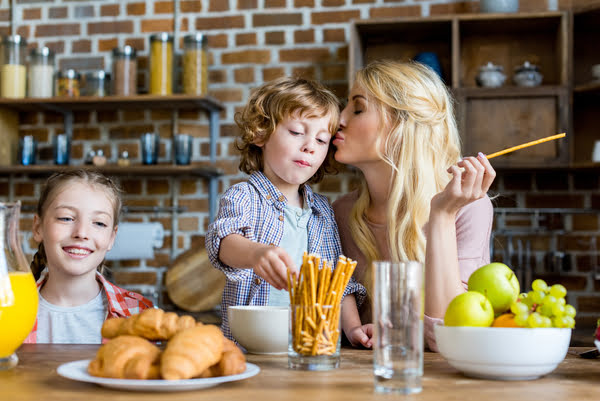 Having kids is such a default aspect of human life that if you asked someone why they want kids, they’d probably reply- in a tone of disbelief- with something like:

“What do you mean why I want kids?”

It’s something you’re not supposed to question. It’s something that everyone does by default. In worst-case scenarios, you may get judged negatively for asking that question.

Humans are perhaps the only species who can question their basic instinct of reproduction. Other animals may wonder if reproduction is worth it too. But we have no way to tell if they do.

Humans are likely the only species in which the rational part of their brain has become so advanced that they question the very thing their rational brains evolved for- reproductive success.

Ironically, we use these very cognitive skills to wonder if it’s worth having kids.

1. Parenting is a basic instinct

Like attraction, aggression, hunger, and thirst, parenting is a basic instinct. People are hardwired to care for their young ones. Reproduction is the ultimate goal of evolution. Almost everything people do in their lives directly or indirectly is an attempt to enhance their reproductive success.

Some people think parenthood is solely the result of societal conditioning. The idea is that people want kids because they see other people wanting kids. If they lived in a society without parents, they wouldn’t want to be parents.

I want to pause for a moment here and take a deep breath.

The idea that parenting results from societal conditioning is perhaps the most ridiculous idea I’ve ever come across. Usually, it comes from social scientists and philosophers who have no clue about biology and neuroscience.

Parenting is a hormone-driven, evolved instinct regulated by the emotional part- or the limbic system- of the brain.1

While human parenting is undoubtedly different in some respects from the parental care that other animals show, the basic pattern of human child-rearing is similar to that of other primates.2

The hormone oxytocin plays a crucial role in parenting. It facilitates childbirth and bonding through touch and social interaction. It contributes significantly to the formation of parent-child attachment.3

Parental behaviors are triggered by oxytocin. If you take oxytocin-rich blood from a female rat who’s just given birth and inject it into a virgin female rat, this triggers maternal behaviors in the latter.4

Now some would say that we’re not rats. We’re not, but the basic brain circuitry that drives parental behaviors is the same in all mammals. So, when neuroscientists study rats and extrapolate their findings to humans, they’re not simply wasting their time.

This is why there is so much social pressure on people, especially couples, to have kids. This doesn’t mean people don’t want to have kids and are only pressured into having them. It means that many people end up having kids before they’re ready thanks to this societal pressure.

The pressure comes not only from one’s immediate family- parents and siblings looking to replicate more of their genes- but also from extended family members, friends, and random strangers.

Of course, having kids out of social pressure is not a good idea. If you’re not ready to have kids, you’re probably not going to do an excellent job raising them. Societal pressure to reproduce increases quantity with no regard to the quality of the humans being produced.

Evolution is frequency-dependent and blind to quality. It just throws copies of genetic material onto the wall of nature to see what sticks.

Some people want kids because they think it’ll help them save their failing marriage or relationship. It’s a way to tie yourself to your partner with the responsibilities of parenthood so that the relationship survives.

Both partners want to care for kids, so both stay in the relationship.

Of course, this is the wrong reason for having kids.

Partners should work on their relationship issues before considering having kids. Dragging kids into the picture will not solve the problems plaguing the relationship.

Ending an unhealthy relationship is much better than bringing kids into a dysfunctional environment.

Some people say they want to have kids because they’re curious to see what the experience of parenthood would be like. They’ve daydreamed about having a family all their lives. They want to parent their kids differently than they were parented and see how that turns out.

To these curious folks, parenthood is an experiment they expect to learn much from.

Modern life is boring for most people. People feel trapped in their routines and want to do something different. Wanting kids could be a way to escape all that boredom.

Adults tend to lose excitement for life. They can revive that excitement by having kids. Kids get excited about every little thing that we adults are likely to take for granted.

According to parents, the satisfaction you get from creating another human, caring for it, and watching it grow is unlike anything else. Non-parents can’t understand that.

If you’ve ever cared for a pet though or a younger relative, you may know what it feels like to experience the joy and satisfaction of caring deeply.

You might argue that one could experience the same joy and satisfaction in other relationships. Sure, but a parent-child relationship is something totally different. Parental love is unlike any other type of love.

Parental love is as close as one can get to unconditional love.5

Of course, it’s not entirely unconditional. Parents help kids survive, and kids help parents spread their genes to the next generation.

Having kids can give one purpose if it has been missing in their lives. Having kids is one way to be passionate and purpose-driven in life. If you already have a purpose, good for you. Having kids will add another layer of purpose to your life and make your life more meaningful.

A couple may feel lonely and try to fill that gap by having kids. Especially when couples get older, they tend to get lonelier. Having children who can care for you and provide companionship when you’re older can be wonderful.

The responsibilities that come with having children can force people to improve themselves. Because they have to care for another life, they want to be able to care for themselves first.

In entrepreneurship, there’s this thing called ‘the baby effect’. Entrepreneurs keep procrastinating on their goals. When they have a baby, things change. They realize they can no longer procrastinate like they used to. And they don’t, reaching new heights of success.

I’m not a parent yet, but I’ve experienced how stress-relieving it can be to spend time with kids. Of course, you don’t have to have kids to experience this kind of stress relief. You can cuddle a pet or a pillow, but parents say there’s nothing more stress-relieving like a kid’s smile and laughter.

When we contribute to society, our self-esteem is raised.

Producing children is also a form of contribution. So, it’s bound to raise our self-esteem and make us look good in the eyes of others. People who don’t have kids are likely to be seen as selfish, immature, and irresponsible. That stuff decreases self-esteem.

Of course, parenthood is not all sunshine and rainbows. There are risks and costs associated with it that make some people reluctant to have kids.

Kids are both stress-relieving and stress-inducing. Parents say they’re always worried and stressed out about their kids. Some people cannot tolerate high levels of constant stress.

I’ve heard parents say that sleep gets messed up the most when you have kids. Sleep is critical for mental well-being. When you’re sleep-deprived, you’re more likely to engage in bad habits.

Why do people not want kids?

For people who don’t want kids, the cons of parenthood outweigh its benefits.

Show me a person who says they don’t want kids, and I’ll show you someone who isn’t ready to have kids 9 out of 10 times.

And it makes sense.

If you’re not mentally, emotionally, and financially ready to have kids, it’s probably a good idea to delay having them. People want to reach certain milestones in their life before they can think of having kids. These milestones include:

If you check all the above boxes, you’re in a much better position to think about starting a family.

Then there are people (1 out of 10) who have rationally weighed the pros and cons of parenthood and decided that the cons are too much. They’ve decided they’ll never have children. They can, but they don’t want to.

The mind wants what it wants

Reproducing is the logical next step after attraction and a romantic relationship.6

Even if you rationally decide that having kids isn’t worth it, that doesn’t mean you won’t feel the urge to. Your mind will constantly tug at you:

It’s like when you hit puberty and feel intense attraction towards the opposite gender. Your mind keeps trying to push you to get into a relationship. It’s not easy ignoring those pushes.

You feel sad when you don’t see your crush. You feel depressed when you get rejected.

When you enter a relationship, you feel happy. Your mind’s like:

Reproduction is the next step in this game that your mind plays with you all your life. If you think you can easily ignore your mind’s push to reproduce, think again.

I’ve learned that going against your nature is an exercise in futility. Sure, you may cut your costs by not having kids, but what about that voice in the back of your mind that’ll keep pushing you and disturbing your mental peace.

Can you live with that?

It’s especially challenging for women who can’t have kids after menopause. Men can delay having kids forever. But as soon as a woman hits 30, that “tick tick” of her biological clock gets louder and louder.

Look what these women on a forum had to say about the experience:

Even if you feel the push to enter a relationship, don’t do it until you’re ready. The same goes for having kids.

As far as the costs of having kids are concerned, anything worth having in life brings stress and worry. Ask anyone with a good career or a relationship if it’s easy. They’ll say it’s anything but easy.

Ask them if it’s worth it, and the answer will be a resounding “YES!”.