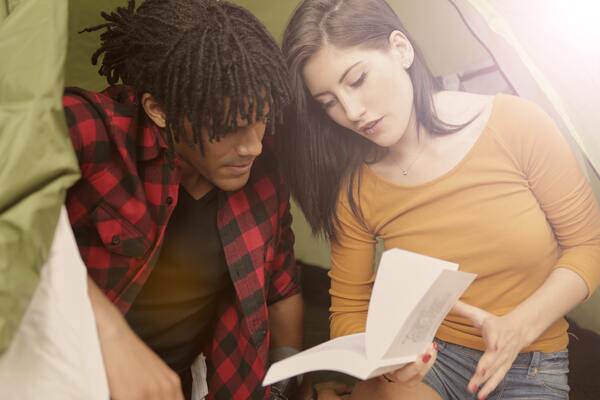 When a relationship is unequal, it rests on shaky grounds. It is unstable.

After all, you can’t do business with someone if you’re continually losing. It’s the same with relationships. You need to be gaining but not at the expense of your partner.

I call this the ‘partner-partner’ dynamic- a healthy dynamic where both partners in the relationship genuinely feel like they’re equal partners. One is not gaining at the expense of another. Relationships with partner-partner dynamics are likely to be stable.

What happens when there’s an intelligence gap in a relationship?

It makes the relationship unequal.

Communication and understanding are pillars of any great relationship. If your partner is so low in intelligence that they can’t even understand what you’re saying, you’ll have a hard time making it work. You’ll have to do a lot of explaining in the relationship, which will eventually get exhausting.

This is a ‘teacher-student’ or a ‘parent-child’ dynamic, not a partner-partner dynamic. This is an unequal dynamic. Teachers get paid to teach, and parents are over-invested in their children.

Not only is this dynamic unequal in terms of gains but also in terms of power. It creates a power gap in the relationship.

Intellectual intimacy is one of many types of intimacy you can experience in a relationship. If your relationship lags in one type, you can make up for it by increasing it in another type.

For instance, a relationship low on intellectual intimacy but high on emotional and physical intimacy can still work.

If you’re a highly intelligent person who craves intellectual stimulation, you can easily meet that need on your own. You probably already do. You don’t have to seek it from your partner too.

Some highly intelligent people love that they can just turn their hyper-logical brains off for a while and engage emotionally with their partners.

Due to the clear survival advantages of being intelligent, it’s especially a highly valued trait in men. Evolutionarily speaking, ensuring survival wasn’t the main job of women. That was the responsibility of men. Women had to care for and raise offspring. Something that required emotional and social intelligence.

It’s nice if men work on improving their emotional intelligence and women on survival-enabling intelligence. That can definitely make a relationship better. But, it’s a nice-to-have, the icing on the cake. Not absolutely necessary.

A slight intelligence gap is okay

A slight intelligence gap in a relationship makes it only slightly unequal, which is okay. To maintain the partner-partner dynamic, both partners need enough intelligence to communicate well and understand each other. If that is missing, the gap is too gaping.

In modern times, where most people’s survival is guaranteed, there’s a stronger focus on emotional and social intelligence.

The good news is that you can learn all types of intelligence. Intelligence is more a skill than a trait.