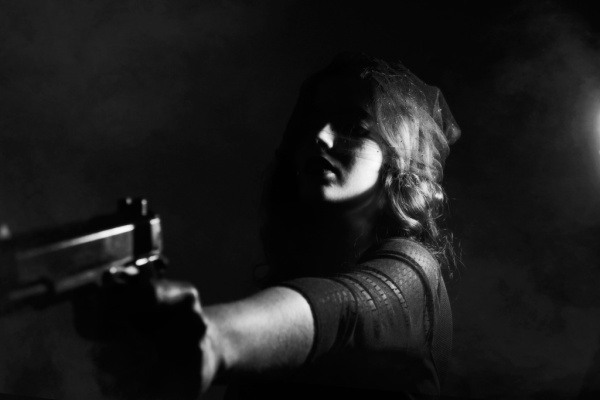 An ultimatum is a demand for behavioral change accompanied by a threat. Also called Games of Chicken, ultimatums are often “Do this, or else…” type of statements that pressurize a person to do something they don’t want to do.

In relationships, those who feel their needs aren’t being met issue ultimatums. Issuing an ultimatum is a sign of desperation. The person is desperate to get what they want from their relationship partner.

Examples of ultimatums in relationships would include statements like:

Of course, there are good evolutionary reasons for this. From a purely reproductive standpoint, men gain the most by having sex as soon as possible and women by establishing a long-term relationship.

Issuing an ultimatum in a relationship is thus a selfish, win-lose strategy that disregards the needs and choice of the other person. It’s like holding a gun to your relationship partner and threatening dire consequences if they don’t do as you wish.

Other than their needs not being met, following are the reasons someone would issue an ultimatum in a relationship:

At times, ultimatums can result from one partner (usually a man) not being able to detect the other partner’s issues. The woman expects the man to know what’s wrong with her without having to say it.

Men who lack emotional intelligence and communication skills miss the signs that are supposed to be obvious to women.

This creates communication gaps and so the woman has to issue an ultimatum to get her message across.

Some people are prone to being over-emotional and experiencing wild mood swings. Those with borderline personality disorder and those scoring high on neuroticism are likely to issue break-up threats.

The fact that a person has to resort to ultimatums to make their partner comply shows there’s no trust in the relationship. There isn’t enough trust and openness in the relationship to allow for the unforceful expression of one’s needs.

Why ultimatums are mostly unhealthy

Any situation where a person’s choice is taken away is an unhealthy situation. Ultimatums are threats and threats never go down well with the other person.

Forced compliance is rarely good and will always cause resentment in the other person. This resentment will then leak out in future interactions, making the relationship toxic as a whole.

When people feel manipulated by others, their trust in them diminishes. Lack of trust creates an emotional distance in a relationship that can ultimately tear the relationship apart.

That being said, sometimes ultimatums can be healthy if the receiver can see how it’s for their own good or the good of the relationship. For example:

“If you don’t change your bad habit, we’re through.”

The receiver can see that the ultimatum is designed to improve them and/or the relationship. Even though they’re being forced to do, or not do, something, they perceive the ultimatum as win-win.

How to deal with ultimatums

If you’re on the receiving end of an ultimatum, following are the things you can do to deal with it effectively:

This is the healthiest, safest way to respond to ultimatums. Tell your partner that you’re not okay with how they’re pushing you. Tell them how bad it makes you feel. If they have an iota of care for you, they’ll realize their mistake and change their ways.

Try asking them why they haven’t been open about this issue. Maybe it’s something you did that forced them to be forceful. A great relationship is where both partners take the blame for their respective parts in turning the relationship sour. There’s a mutual desire to make things better.

Mostly, when they issue an ultimatum and threaten to leave, they’re just bluffing. They don’t really mean to leave the relationship. So accepting their threat in a “Okay, do what you want” manner can shock them.

Of course, this can sometimes be risky. If they’re really prepared to leave, the relationship may die on the spot.

However, if your partner is egotistical and arrogant, you need to be careful. You calling their bluff may hurt their ego and they might actually end the relationship just to heal their bruised ego. Good for you. You don’t need to be in a relationship with people who have such fragile egos.

When you issue ultimatums of your own, you give them a taste of their own medicine. Also, they can’t object to your ultimatums because that’s the communication style they themselves have been using.

This can either make them realize their mistake or you two might get caught in an endless loop of issuing ultimatums.

4. Shame first, and then strive for openness

The risk with striving for open communication when you’re clearly being threatened is that you may come across as needy. When they threaten you, you’re in a one-down position and it’s hard to enforce win-win in such a position.

So it’s better to get to their level first. You do this by shaming them- by saying things like:

If they realize their mistake and apologize, great. You’re now back to being equals. Now you can seek open and honest communication without making it look like you’re begging for their approval.