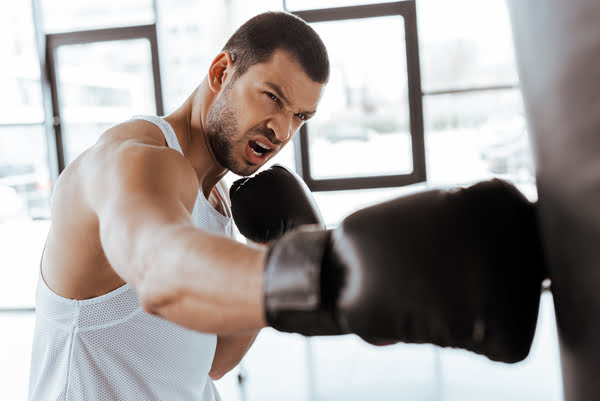 Trauma usually occurs in response to a seriously threatening event. Trauma is likely to happen when stress is intense or chronic, and a person cannot cope with that stress.

Humans, like other animals, have three main responses to threats or stressful events:

When we fight or take flight in response to a stressor, the event gets quickly resolved or processed in our minds. Both strategies are ways to avoid danger.

For example, if the place you’re in right now catches fire and you manage to escape (flight), you’re unlikely to get traumatized by the event. You responded to the danger appropriately.

Similarly, if you get mugged and manage to overpower the mugger (fight) physically, you’re unlikely to get traumatized by the event. You managed to avoid the danger. You may even feel good about doing so and tell everyone how bravely you faced the situation.

In humans, the freeze response causes trauma to linger in the psyche and the body. It often becomes an inappropriate response to danger.

For example, many who were abused in childhood remember being ‘frozen with fear’ when the abuse was happening. Some even feel guilty that they could do nothing.

They did nothing because they couldn’t do anything. Fighting the abuser could prove to be dangerous, or it was simply impossible. And escaping wasn’t an option either. So, they just froze.

When you freeze in response to danger, you trap the energy the body had prepared for fight or flight. The stressful event shocks your nervous system. You detach from the painful emotion or dissociate to cope with the situation.

This trapped traumatic energy lingers in the mind and the body because the dangerous event is unresolved and unprocessed. To your mind and your body, you’re still in danger years later.

Trauma gets stored in the body

Seeing the mind and body as separate, independent entities isn’t beneficial most of the time.

Our feelings and emotions generate physical sensations in the body. That’s how we know we’re feeling them.

Trauma-induced fear and shame may, therefore, get stored in the mind and the body.

This is evident in the body language of people struggling with trauma. You’ll often see them avoiding eye contact and hunched over as if trying to protect themselves from a predator. The predator is their trauma.

The way to heal trauma is to resolve it mentally. This requires a lot of inner work, but it’s effective. When you resolve or heal your trauma, you feel better.

The reverse approach would be to heal the body first and then the mind. That means releasing tension from the body. If we can move a person from a trauma-induced tense state to a relaxed state, they may be in a better position to do the cognitive work required to heal trauma.

With the help of relaxation techniques, a person can slowly release the tension stored in their body.

Signs your body is releasing trauma

1. You feel your emotions deeply

Shutting down emotions is often how the mind copes with the pain of trauma. When you’re releasing trauma, you’ll find that you can feel your emotions more deeply. You’re able to label your feelings and acknowledge their complexity.

You appreciate the guidance systems emotions can be without judging them or trying to get rid of them forcefully.

2. You express your emotions

Emotional expression is a common way for people to release their trauma energy.

Some of the greatest artistic and musical masterpieces were created by people trying to resolve their traumas.

Crying is the most conspicuous acknowledgment of pain and sadness. When you cry, you let go of the energy with which you bind your trauma in your psyche. That’s why it can be so relieving. It’s the opposite of repression.

Humans are designed to move. We feel good when we move our bodies. But a person who’s struggling with trauma will feel even better when they move because they’re releasing extra energy.

If movements make you feel great that’s a sign your body is releasing traumatic energy. Movements like:

People who get into martial arts or boxing are often those who were traumatized in the past. You can tell they’re carrying a lot of anger. Fighting is a great release for them.

It’s common knowledge that deep breathing has relaxing effects. People don’t say “Take a deep breath” to someone stressed out for nothing. Deep abdominal breathing reduces stress and anxiety.

Small, everyday stressors can be thought of as minor traumas. They cause a build-up of energy that the body releases by sighing or even yawning.

The body releases the energy build-up of trauma via shaking. Animals do it instinctively. You’ve probably seen animals after a fight ‘shake it off’ literally. Humans are also told to shake it off when they get uptight about something.

Look how this animal engages in deep breathing and shaking after a freeze response:

7. Your body language is relaxed

Tense body language where the situation can’t explain the tenseness is likely a sign of unresolved trauma. Shame from past trauma weighs a person down, which is reflected in their body language.

A person with open and relaxed body language has no trauma or has healed.

Stress and trauma weaken the immune system. When you heal mentally, your immune system recovers, and you’re less likely to have physical health issues.

9. You feel freer and lighter

Trauma weighs you down mentally and physically. Trauma is bound energy. It takes considerable mental energy to bind energy.

Trauma can direct a lot of your mental resources and energy to itself. Once you’re healed, all that energy can be freed up and allocated to worthy pursuits. Healing your trauma is the best productivity hack there is.

Trauma-induced anger and resentment make up the stored energy traumatized individuals carry in their psyche.

If your trauma was caused by another human being, forgiving them, taking revenge, or understanding why they did what they did can help release that built-up energy.

You’re releasing your trauma and healing if you no longer overreact or react very little to situations that previously triggered you.

Childhood trauma and emotional neglect affect our ability to form healthy and secure relationships as adults. When you release trauma, you find yourself more and more receptive to love, affection, and belonging.

Emotions, in general, and trauma, in particular, can cloud decision-making. Trauma distorts our perception of reality. It tells us stories about the external world that aren’t necessarily true.

When you heal trauma, you ‘fix’ your perception of reality. This helps with being a realistic and rational decision-maker.

Trauma-induced shame can lead to limiting beliefs that limit your potential in life. You’ve probably met people who seem to sabotage their success as soon as they taste it.

Their limiting beliefs have created a glass ceiling for what or how much they can achieve.

A massive sign that you’re healing from trauma is that you no longer sabotage your successes. You feel worthy of accomplishment.