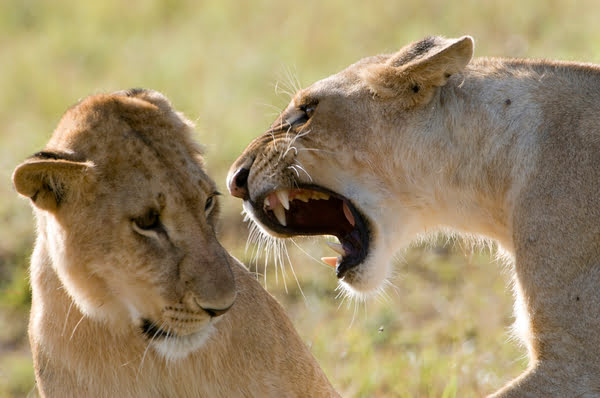 As much as well-intentioned people try to create an equal society, it simply cannot happen. People organize themselves into status hierarchies wherever they are. Some people are more valuable and, therefore, higher in status than others.

What determines who is valuable/high status and who isn’t?

You and I don’t make these rules. It’s not up to governments, political parties, or judicial bodies to decide who’s high status and who isn’t.

Thanks to millions of years of evolution, these rules have been passed down to us in our genes.

For instance, a millionaire entrepreneur can employ hundreds of people and provide them with a means of livelihood.

Hence, society values and gives high status to these people. And it happens unconsciously and automatically.

People don’t usually look at a successful person and go like:

“Okay, this guy has worked hard for his success. He’s benefitting not only himself but many others around him. Therefore, he’s a high-status person.”

No, they instantly see successful people as high status.

Our ancestors needed to figure out who was high in status quickly. Because by associating with those people, they could gain essential benefits. They couldn’t afford to waste time thinking if the high-status people were self-made or not. Or how they got access to resources. It didn’t matter.

As a result, people today have become status-detecting machines. They can deduce the status of a person from minimal information. Sometimes, just by their looks. For instance, ‘if someone is well-dressed, they must be high-status’ is a judgment we all tend to make.

If humans are status-detecting machines, they’ll inevitably compare their status with those they come across. People have a strong need to know where they lie in the status hierarchy of society. And the best way to do that is through social comparison.

Why intimidation, though? Why not any other feeling?

For a long time in human evolutionary history, status hierarchies have essentially been dominance hierarchies. As is true for most animals today, the way to rise in status is to exert dominance.

Of course, when you’re dominating someone, you’re intimidating them. When they become timid, they’re more likely to comply. The whole purpose of domination is to make others comply.

So, intimidation is a natural response to being dominated.

The thing is, in modern human societies, dominance can be exerted in a variety of ways. Hence, there are several ways in which humans feel intimidated. This article will later list almost all of those ways.

The critical thing to remember is that all dominance-intimidation human interactions revolve around survival and reproduction.

When one human tries to dominate another, they’re essentially saying:

“I’m better at surviving and reproducing than you.”

When you intimidate others but don’t mean to

People who don’t understand what we’ve been discussing so far are often confused when they realize they’ve been intimidating others:

“But I wasn’t trying to intimidate him.”

That’s the thing about intimidation: You don’t have to actively intimidate others, even though you can (e.g. showing off). People get intimidated automatically when they notice a huge status gap between them and you- when they deem you better than them in an evolutionarily-important area.

For instance, when you become successful, you may want to share the good news with family and friends. You think, being your well-wishers, they’d rejoice in your victories. You’re unaware or forget that they’re status-detecting machines. Anything you do that makes them look bad compared to you will intimidate them.

When people show off, they’re deliberately trying to intimidate others. Internally, they’re like:

This gives them a rush- a feeling of being powerful. It makes them feel superior. Like they’ve crushed other people.

And yes, other people do feel crushed. Feeling inferior is one of the worst feelings one can experience. This is why many well-meaning people advise avoiding social media, which is a hub for status displays.

While you may get a kick by making others feel inferior, you have to realize that by doing so you’re also alienating them. You’re highlighting the status gap between you and them. You’re communicating:

This is why people don’t like braggarts and tend to stay away from them. No one wants to feel intimidated constantly.

Reasons people are intimidated by you

The following list will help you understand why you’ve been, intentionally or unintentionally, intimidating people. I’ll briefly explain why each reason is intimidating.

Physical attractiveness is one of the strongest factors that helps a person attract a mate and reproduce. Society values reproducing members more than non-reproducing members. So, good looks equal high status.

Success, in any shape or form, shows people you’re a capable person. You have the ability to accomplish your goals. A lot of people lack that ability. Success of any kind places you ‘above’ a lot of people.

The more followers you have, the higher your status. If you’re loved and respected by many, you’re a celebrity. Perhaps celebrities are called ‘stars’ because they’re so high above the common folk, like stars in the sky.

One way to display dominance is by showing intellectual superiority. In modern times, might isn’t always right. People can significantly raise their status and gain access to resources by being intelligent.

Wisdom is a rare quality and is only gained after years and years of experience. Being wise raises your status because people value wisdom. If you’re wise, people listen to you, and you can help many people.

When you’re rich, you have what people desperately need- access to resources. Since being resourceful helps men more with reproductive success than it helps women, men are more intimidated by rich men than women.

Confident people are liked, admired, and respected. When people sense you’re more confident than them, intimidation is inevitable.

Independent people are more likely to become leaders. They don’t follow anyone. They get followers. Being an independent thinker attracts followers like bees to nectar.

Being charismatic is a common quality of successful leaders. Charisma comes down to the ability to genuinely express how you feel. Few people can pull that off. So, it’s a valuable trait to have.

To figure out what traits and qualities society values, you sometimes have to look at how people devalue others. One way people do that is by saying something like:

What they’re really saying is:

“Your lack of knowledge makes you low status. I can’t take you seriously.”

Knowledge is power, and power is status. Knowledge can help a person help themselves and others. In our modern knowledge-based economy, knowledge is more valuable than ever.

Similarly, if you use big words, you can come across as intimidating. You’re showing you know more and better words than them. Being a Grammar Nazi is another way to display intellectual dominance.

12. You have positive personality traits

Positive personality traits like courage, altruism, honesty, decency, and modesty can also intimidate people. It sounds counter-intuitive because we’re taught to cultivate these traits all our lives.

It’s a rude awakening for many when they put in a lot of effort to develop these traits, only to find that they’re intimidating people with these traits. People are more concerned about their status than pleasantness in others’ personalities.

A man having masculine traits threatens men who don’t have such characteristics. They’re better able to attract women. Tallness, broad shoulders, and deep voice can trigger intimidation. So can masculine personality traits like ambition and aggression.

Feminine men can be intimidating for a different reason. They’re strange and give people the willies.

Masculine women can be intimidating for the same reason as feminine men do. They’re different and violate people’s expectations.

People find strange and unfamiliar people and objects intimidating. This tendency is deep-rooted in humans and probably has its evolutionary roots in our reptilian brains. Reptiles use smell to detect genetically unrelated reptiles.

We rely more on our visual systems to detect genetically unrelated people. This is the mechanics behind racism, nationalism, prejudice, and discrimination:

“People who’re not like us are unrelated to us and therefore a threat.”

This applies not only to looks but also to personality. If you have a unique personality, people get intimidated and have a hard time thinking about you as one of them.

The most important thing for your survival is your health. If you’re in shape and eat healthy, you can intimidate others.

First, you’re doing something they want to do but won’t or can’t. Second, health-conscious people are rare in our society, to the point that they come across as strange.

We’re social species and crave human companionship. Some more than the others. But we all do. If you have a decent social life, it can intimidate those who don’t.

Many people don’t pay attention to their physical health, let alone mental health. They’re overworked and overstressed. They wish they could develop a hobby too but don’t make time for it.

People use traveling as a way to display status. It’s becoming increasingly common thanks to the proliferation of photo and video-sharing social media platforms.

The weird thing about using traveling as a status display is that the further you travel from your hometown, the higher your status.

You could have a wonderful location 5 miles from your home with everything you need to relax. But no, that’s not worth showing off. What’s worth showing off are far away and exotic locations.

When you travel to faraway locations, you’re indirectly showing that you had a lot of resources (money and time) to spend, so it’s a more high-status thing to do.