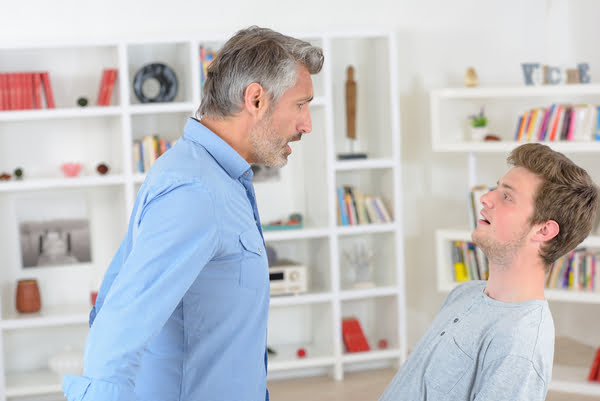 Human societies are unequal. This is a natural consequence of some people being more valuable to society than others. Like any group, society values members who contribute to the group’s success.

You’ll be valuable and of high status, if you contribute greatly to society. If you don’t, your status will be low.

What do I mean by contributing to society’s success?

Mainly, it’s helping other members survive and achieve reproductive success. These are the core human needs. People who can meet these core needs or have the traits that put them in a good position to meet these needs are seen as high status.

And those who can help others meet these needs are also high in status.

For instance, a doctor who helps others survive is highly respected and valued. Similarly, an entrepreneur who provides livelihood to others is also highly valued.

The purpose of domination and intimidation

Think about how people treat rich men and beautiful women- arguably the most powerful people in society. A rich man stepping out of a fancy car makes heads turn. Security guards salute him. A beautiful woman usually has a fleet of people at her beck and call.

This iconic scene from the movie Malena provides an excellent example of a beautiful woman’s power:

This feeling of intimidation drives a low-status person to become submissive and comply with the wishes of the high-status person.

So, when someone tries to intimidate you by projecting themselves as high status, they usually want you to comply somehow. The purpose of domination and intimidation is compliance.

Why would someone try to intimidate you?

To show you they’re superior to you.

To show you they’re better than you.

To show you they’re higher in status than you.

Often, the goal is to intimidate you into compliance. Other times, they may do it because they’re intimidated by you.

If you’re better than them in one or more areas, they may feel intimidated by you. Having been thrown to a lower position, they get desperate to shoot themselves up to a higher position. They do this by trying to intimidate you.

When you feel someone is trying hard to intimidate you, they’re probably intimidated by you and are engaging in ‘status climbing’ to make up for their status gap.

You’ve awakened their insecurities, and they’re now putting up a front to show you that they’re just as important as you.

Intimidating vs. trying to intimidate

You’re bound to feel intimidated if you come across someone better than you in an area you care about. It happens automatically. They don’t even have to do anything. They’re not trying to intimidate you.

You’ll feel it in your body when you get intimidated by someone trying to intimidate you. Your body language will change, becoming more submissive. You’ll find yourself complying with them in obvious and non-obvious ways.

Signs someone is trying to intimidate you

In any case, the sooner you nip the evil in the bud, the better. We’ll soon look at signs that show someone is trying to intimidate you. Knowing these signs can help you stop feeling intimidated. And if you’re already intimidated, to minimize or eliminate compliance.

Most of these signs are part of non-verbal communication. A lot of power dynamics happen on a non-verbal level without the utterance of a single word. The good thing about non-verbal intimidation moves is that you can counter them non-verbally.

I’ve tried to eliminate the obvious ‘signs’ of intimidation, such as yelling, blaming, shaming, humiliating, and bullying.

When someone makes prolonged eye contact with you, they’re sizing you like predators size up their prey. They’re sub-communicating:

“I’m not afraid to look at you and judge you.”

It’s a challenge of sorts:

“I’m looking at you, making you uncomfortable. What are you going to do about it?”

When faced with prolonged eye contact, many people become submissive. They break eye contact and look away. They feel nervous and threatened. Their gaze becomes shifty as they look here and there, trying to scan their environment for more threats.

When that happens, the other person succeeds in their intimidation attempt.

The intimidator might be forced to look away if you stare right back at them. By doing so, you communicate:

“I’m not intimidated by you sizing me up. I can size you up too.”

If you don’t want it to turn into a staring contest, you can look away, but you must look away at something important.

For instance, a friend. You can’t look away at nothing, if you know what I mean. Looking away at nothing or having a shifty gaze tells them their intimidation attempt succeeded.

When you look away at a friend or some object you go on to engage with, you’re communicating:

“That friend or that object is more important to me than your intimidation nonsense.”

Avoiding eye contact can have multiple meanings in multiple contexts. In the context of status and power dynamics, when someone avoids making eye contact with you, they’re communicating:

“You’re so beneath me I don’t want to engage with you. We’re not equals.”

They come across as arrogant, aloof, and cold. They might be doing it deliberately to intimidate you.

You don’t lose status and power if they reciprocate your eye contact and engagement. If they don’t, you look like you’re kissing up to them. There’s a power imbalance. You’re exerting more effort than them.

In any room, the highest and the most prominent spot is reserved for people with the highest status. Whenever there was a function in our school, the principal always sat in an oversized chair while the students sat in cramped chairs.

When someone tries to take up more space, they’re trying to show dominance. They’re being territorial and communicating:

The common submissive reaction to this intimidation move is to let the other person take up space. By taking up lesser space than them, you accept your lower position compared to their higher position.

I know all this sounds petty, but humans are petty.

If they own the property, they can take up as much space as they want. If you can’t take up an equally large or larger space in the room, I’d suggest you leave the room. You don’t have to sit there being their disciple while they gloat in their power.

I’m sure you’ve seen bodybuilders strutting around like peacocks. Their gait can look weird, but why do they do it?

It’s because they feel superior to others who don’t have the same physique as them. In other words, they’re trying to intimidate people.

There can be many submissive reactions to this, but a common one is staring at the bodybuilder. Watching them in awe and validating their high status. Some people, intimidated by these strutters, look down and slouch their backs. A natural, submissive response.

Act unimpressed. If you want to make it worse, laugh at their ridiculousness. You could even mock them by walking like them. Don’t blame me if they come after you after that, though.

5. Moving you out of their way

If someone forces you to move out of their way, they’re trying to intimidate you. They could’ve politely asked you to move, but they didn’t.

The submissive reaction here is moving out of the way, of course. You may have noticed that people move out of the way very quickly, communicating:

You can refuse to get out of the way because you too need to get somewhere. You may be blocking them, but you may be doing something important too. Of course, you don’t want to start a fight. You can politely say:

“Could you wait for a minute?”

If you aren’t doing anything important and have no choice but to move away, do so very slowly. Take all the time you need. Don’t rush into submission.

If they ask you to move politely, you should have no problems with rushing. When there’s no intimidation, there’s no submission.

This is again a disengagement tactic of high-status people, communicating:

“You’re so beneath me, I don’t want to engage with you emotionally.”

The common submissive reaction to this is putting in extra effort to engage emotionally. Going out of your way to get an emotional reaction out of them. Getting upset would be another reaction.

When you’re a high-status person, it’s tempting to show off. You want people to value, admire and respect you. The dark side of showing off is that you also want to intimidate people. You want to show them you’re better than them.

When someone tries to intimidate you by showing off, it’s easy to deny the intimidation part.

“They’ve worked hard. They deserve it.”

Despite saying these things, people feel something is off when someone shows off. Sometimes, they get confused about whether they should admire the showy person or despise them for trying to be superior.

If you feel someone is showing off too much in your presence, they might be trying to intimidate you. The intimidation attempt is obvious when they highlight how they’ve got what you haven’t.

A submissive reaction to this can be feeling unworthy because you haven’t got what they have. This manifests in congratulating them without being happy for them.

People are good at detecting empty congratulations. They know when you’re happy for them and when you’re not. It leaks out in your body language.

If you’re not happy for them, you’re affirming their superiority and high status. Their achievement caused a dent in your world.

For instance, if they say:

Only do it when you can be sure they’re rubbing their success in your face. Not when you’re automatically intimidated by their achievements.

I’d never advocate downplaying the achievements of people you care about. I strongly believe in encouraging people. But those who show off to intimidate you and make you feel inferior don’t deserve your encouragement.

People can try to intimidate you via verbal communication as well. It’s mainly done by attempting to control conversational aspects like:

People usually try to intimidate you in conversations by talking over you. They want the conversational floor all for themselves. They’ll not let you make your point and interrupt you frequently.

Letting people talk over you. When you do this, you communicate what you have to say is unimportant. And, by extrapolation, you’re unimportant. You can always feel it when someone is trying to control a conversation.

What you say is important, and others should listen to you. If they don’t, leave the conversation.

You’ll notice that with power-hungry people, every conversation unnecessarily turns into an argument or debate.

Recently, I was having a ‘discussion’ with a relative. What I thought was a discussion soon started wearing clothes of an argument.

They weren’t listening to what I had to say. They talked over me by vomiting out everything they knew about the topic in an unstructured way. I felt they were trying to show me they knew more than me.

When I realized this, I slowly ended the conversation. I refused to participate with equal intensity till the conversation dwindled on its own. I saw no point in continuing. While it may seem like I let them ‘win’ by letting them voice their opinions, I controlled the conversation by bringing it to a halt and disengaging.

As you’ve seen repeatedly in this article, disengagement is power.