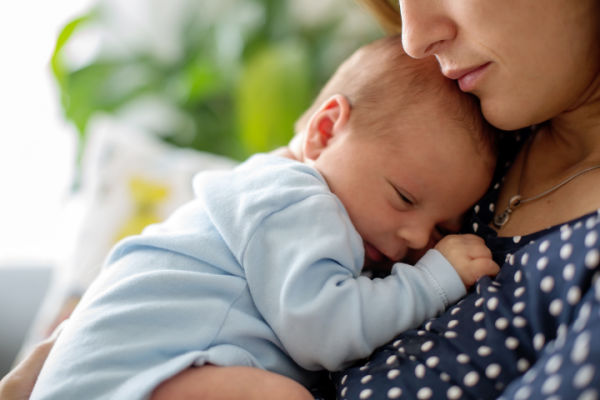 Limbic resonance is also referred to as emotional contagion or mood contagion.

We’ve all had that experience where we ‘catch’ the emotions of other people. This happens to positive as well as negative emotions. This ability to catch and spread emotions is why some people have infectious laughter and why you become negative after coming into contact with a negative person.

Limbic resonance is what allows humans to connect and form deep bonds with each other. It’s at the core of what makes us social.

Our reptilian brain consists of our oldest brain structures that handle various maintenance tasks for our bodies. These functions, such as respiration, hunger, thirst, and reflexes, are critical for survival. Reptiles also have these basic responses.

For example, if you hear a loud sound, you get startled and jump in your chair. It’s your reptilian brain’s way of alerting you to the danger. You flinch away from the source of the threat (loud sound).

When some reptiles evolved into mammals, they needed a brain that could help them care for the young. Probably because mammalian offspring rely on their mother for nourishment. They needed to get attached, physically and emotionally, to the mother.

In mammals, the limbic system evolved on top of the reptilian brain and helped mammals connect with their young. It gives mothers and infants the ability to be in limbic resonance with each other. The mother and the infant are emotionally and physiologically in tune with each other.2

This first love and connection that a human experiences with another human is at the root of all human connection. Limbic resonance evolved to connect a mother to her child. Since the bond is so powerful, humans keep seeking it from other humans throughout their lives.

This connection is essential for our physical and emotional well-being. That feeling of ‘being filled up’ when you have a deep conversation with someone is a good sign you’re in limbic resonance. Your brains are producing the same ‘feel good’ chemicals.

The book, A general theory of love, popularized the concept of limbic resonance. It also talked about two related concepts- limbic regulation and limbic revision. I’ll use the example of romantic love to clarify what they mean.

Humans experience both cognitive and emotional learning. The facts that you know about the world are stored in your neocortex. This is the newest layer that evolved on top of the limbic system, the ‘rational’ part of the brain.

When you try to solve a mathematical problem, you try to figure out its pattern and what formula would fit the pattern. You engage your neocortex when trying to solve such problems.

Just as you have patterns for numerical problems, you also have patterns for emotions stored in your limbic system. What this means is the way you achieved limbic resonance with your primary caregivers in childhood matters.

What did it mean to be loved when you were a kid? What were the things your parents expected from you?

If being an achiever and getting good grades helped you win your father’s love, this pattern gets ingrained in your limbic system. When you grow up and seek a connection with other humans, you try to show them you’re a high achiever.

This could explain why we fall for some people and not others. They match the love-seeking pattern we formed in early childhood.

If your father was distant, then seeking love as an adult woman may involve seeking distant men for you. This is how you’ve been programmed to obtain love. It’s how your subconscious believes it can obtain love from a man. It’s your love pattern.

This is probably why people fall in love with people who look like their parents or siblings. And why they fall for the same type of people over and over.

This can also apply to other emotions. If you had a bald uncle who mistreated you, you might hate other bald men in your life without knowing why.

This is why your friend, lover, or sibling frequently calls you up when they have to complain about things i.e, they have to regulate their negative emotions.

When they call you to share something positive, they seek to amplify their positive emotions through limbic resonance.

It’s also what’s happening when you watch your favorite movie with a friend. If they react in the same positive manner as you did, your emotions amplify through resonance. If they’re not excited about it, there’s no resonance.

As the saying goes and I paraphrase, “Misery shared is halved and happiness shared is doubled.”

Note that to halve your misery, the other person shouldn’t be miserable or you’ll double your misery through resonance. They should instead be in a calm, positive state that you can ‘catch’.

You’re not stuck with your limbic patterns. It’s the default way you seek to satisfy your emotional needs. With experience, you can override these patterns. That’s when a limbic revision occurs.

When you achieve the same emotional need through a pattern different from the one you used in the past, you achieve limbic revision.

For example, if you always fell for distant men, your subconscious might eventually ‘catch up’ to the fact that you’re unable to achieve the connection you want via them.

If you meet another man who connects with you but isn’t distant, you re-teach your limbic system that finding love differently is possible.