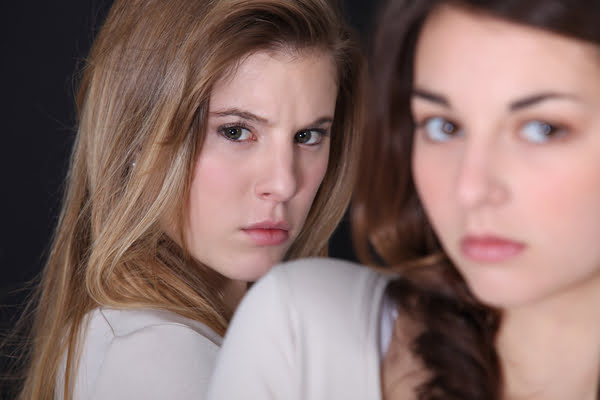 In-laws are known to cause problems. It’s a universal phenomenon. When we come across universal human traits, we can be sure genetics has a vital role to play.

Your genetically close relatives want to help you survive and reproduce, but they’re going to put themselves first most of the time. So, they’d want you to prioritize them over your spouse.

After all, your spouse isn’t genetically related to you and your family. This is the root of all the problems caused by in-laws. This genetic dissimilarity is mainly why many in-laws find it hard to get along with each other.

Of course, not all in-laws cause problems. Some get along very well with each other.

Siblings spend a lot of time with each other and share a special bond. This bond gets threatened when one or both of them get married. They now have to divert their time and attention to their own family units.

Siblings who cannot deal with this change will likely turn into manipulative brothers or sisters-in-law. If their jealousy and manipulation are left unchecked, they can cause significant problems and stress in your marriage.

Signs of a manipulative sister-in-law

In this section, we’ll look at the common signs of a manipulative sister-in-law. If your sister-in-law has problems with you, you might have already ‘sensed’ it more than once. You may have noticed that she treats you differently.

Going through these signs will provide you with further clarity:

She thinks she can freely interfere in her brother’s married life with complete disregard to how it might make you or him feel. She uses her relationships with her brother as an excuse to invade his and your privacy.

People become passive-aggressive when they want to be aggressive, but something stops them from being directly confrontational. So, they become indirectly or passively aggressive.

Your manipulative sister-in-law would like to be aggressive toward you. But she knows you’re her brother’s wife. So, she has to restrain her aggression and behave more passive-aggressively.

So, instead of being overtly rude and nasty with you, she:

Since your manipulative sister-in-law doesn’t like you, she finds excuses to justify her dislike of you. She’ll complain and judge you negatively, saying things like:

When you make a mistake, she’ll smile through her teeth and find it hard to hide her delight.

At the root of all the problems caused by in-laws is selfishness. Basically, your sister-in-law doesn’t want her brother to drain the family’s resources into his own family unit.

When one sibling gets married, the family may over-invest in the marriage. This threatens the unmarried sibling.

Your manipulative sister-in-law may get jealous when your spouse invests in you. She’ll try to make sure you don’t get a piece of the pie when her family invests in her brother.

Worse, she might even drain your and your family’s resources to help her own family.

The goal of all manipulation is control. Many couples can tolerate the invasion of their privacy to a degree. But what is particularly hard to tolerate is when your in-laws show authority over you and your husband.

When your sister-in-law makes decisions for you that you and your husband should’ve made, you know her manipulation has reached the next level.

6. Turning your spouse against you

Your sister-in-law, who doesn’t like you, wants her family to dislike you as well, especially her brother (your husband). She wants to mobilize an army against you because she knows you’re more likely to get crushed if everyone turns against you.

She’ll fill the ears of your husband with negative things about you. She’ll ask him to prioritize ‘the family’ over his family unit (you and the kids).

7. Treating you as an outsider

How in-laws treat you can be very similar to how minority communities get treated by the majority in any country.

If your in-laws don’t accept you, you’ll feel it. You’ll feel like you’re trapped among a bunch of strangers in some foreign land.

Your manipulative sister-in-law will treat you like an outsider by:

8. Accusing you manipulating your husband

“You’ve changed my brother. He was never like this.”

She may accuse you of ‘stealing’ her brother. Again, this is caused by her selfishness, insecurity, and either-or thinking:

“My brother can either be devoted to her or me, not both.”

In this article, I assumed you’re the innocent one getting manipulated by your sister-in-law. If you are and have tried your best to get along with her, these signs that we just went through likely strengthened your convictions.

In many cases, however, both parties are at fault. If you can see how you might be contributing to these problems, you can significantly improve your relationship with your in-laws.

Your husband is probably torn between you and her sister. But he has a crucial role to play. He needs to balance his relationship with you and his sister. Sometimes, he may prioritize you and sometimes her sister, and that’s okay.

“You always prioritize them over me.”

This is a biased way of thinking.

Just because they prioritized their own family once doesn’t mean they don’t care about you at all. Get rid of this short-term thinking and look at the bigger picture.