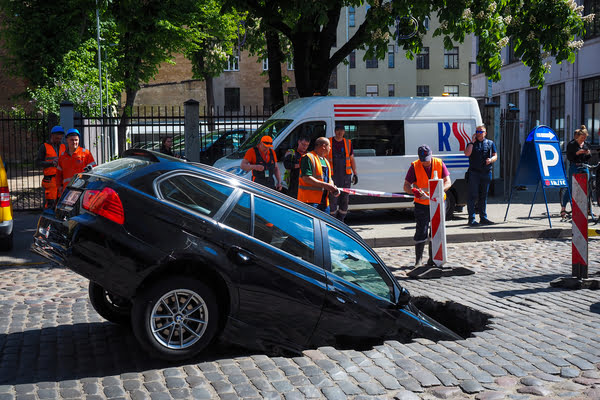 The first thing to know about this phenomenon is that there’s no such thing as hating someone for no reason. That’s just not how the mind works.

To generate the feeling of disliking someone, the mind needs some input, some stimuli. When you dislike someone instinctively, it may seem that you dislike them for no reason. But the reality is there’s always a reason, no matter how subtle.

Disliking someone instinctively happens on a subconscious level. So, it appears that there’s no reason behind it. If you were to dig deeper, however, you’d certainly unearth a reason.

Why do we instantly dislike someone?

Imagine you’re driving on a highway, listening to music. You see an obstacle on the road and quickly steer your car to the side. It all happens in the blink of an eye. Your conscious mind tries to process what happened after the event.

Later, you find out that there was an oil spill on the road that made it look like a giant pothole.

Based on what your subconscious mind registered (‘Danger! Pothole ahead!’), you made a snap judgment and decision.

If it were indeed a giant pothole, you’d be in serious trouble.

Our mind doesn’t want to take any chances with potentially life-threatening events. The same applies to threatening people.

Almost always, when we instinctively dislike someone, they’re a perceived pothole we’re quickly trying to avoid. They represent a threat to us.

Hatred is a defense mechanism of the mind to protect us from perceived or actual threats.

When you instantly dislike someone, you’ve made a snap decision that they’re threatening based on minimal information.

Reasons we instinctively dislike someone

In this section, we’ll explore why we arrive at snap judgments about the people we’ve just met:

Humans are prone to outgroup bias. We perceive those who’re different from us in any way as outgroups. The differences can be large or small. Doesn’t matter.

The moment you give another human being the slightest indication that you’re different than them is the moment they dislike you.

Humans are wired to like and bond with their own tribe. In ancestral times, foreign tribes posed a threat to human tribes. So, we carry psychological mechanisms that make us suspicious of other, different tribes.

Of course, the easiest way to spot a difference between you and them is appearance. If someone looks different, you feel like they belong to a different, hostile tribe. This is the basis of nationalism, racism, racial supremacy, prejudice, and discrimination.

But it doesn’t stop at appearance.

Ancestral tribes also shared common values and beliefs. They had a cultural identity that separated them from other tribes. So, even today, when people come across people with different views than their own, they dislike them.

It’s also why polite disagreement is so hard and a rarity in public debates and discussions. When you disagree with someone, you’re effectively saying:

“I disagree with your beliefs. I am not of your tribe.”

Of course, using your conscious mind, you can overcome this bias. This is why education is so valuable.

2. They’re competing with you

Humans in ancestral times faced threats not only from foreign tribes but also from their own tribe members. In any tribe, individuals competed with each other to raise their social status.

When you come across someone competing with you for what you want, you instinctively dislike them.

We’re all threatened by competition, and this feeling of being threatened easily morphs into dislike or hatred. While the above examples are obvious, this can also happen in subtle ways.

For instance, if you have a friend you’re close to, and they suddenly enter a relationship, then their relationship partner is competing with you for your friend’s attention.

You might find yourself disliking their new partner for no reason.

Jealousy is often a big reason for disliking someone for no apparent reason. Jealousy results from upward social comparison. You see someone who’s better than you or has what you want, and you feel jealous.

Jealous people are motivated to put down those they’re jealous of. Since jealous people know they can’t compete directly, they indirectly try to bring people who’re better than them down by criticizing or trolling them.

3. They remind you of something threatening

Our minds are association machines. Our memories are essentially a web of associations.

When you get that bad ‘vibe’ from someone without knowing why, it could be that they reminded you of a previous negative experience.

For example, their nose may have reminded you of an uncle who abused you as a kid.

Any signal they give off that reminds you of a prior, negative experience could trigger your dislike, such as their:

We don’t have access to all our memories all the time. It’d be so overwhelming if we could do that.

If someone hurt you a long time ago, you might have forgotten it. You may have even cut off that person from your life.

When you suddenly encounter that person again, years later, you find that you can’t help but dislike them. You can’t think of a good reason why you don’t like them.

This is likely to happen when your relationship with them has been good overall. Or when they meet you now, they’re super nice to you. You don’t understand what went wrong with this super nice person.

If you keep exploring, it’ll eventually hit you. You’ll remember that they did something that hurt you, even if it was just one small thing. You had long forgotten the reason, but it was alive and kicking in your subconscious.

5. You want to hide from yourself

People who remind us of our flaws or desired qualities are threatening because they force us to self-reflect. By pushing them away, we push parts of ourselves away from ourselves.

6. Their nonverbals are off

Since most interpersonal communication is nonverbal, getting it wrong can heavily influence the judgment of others.

We’re quick to put people in the ‘friend’ or ‘foe’ category because, again, the mind doesn’t want to take any chances. It makes these critical decisions based on minimal information gleaned from body language, facial expressions, and voice tone.

After all, if you mistake a foe for a friend or a pothole for an oil spill, you could be in serious trouble.