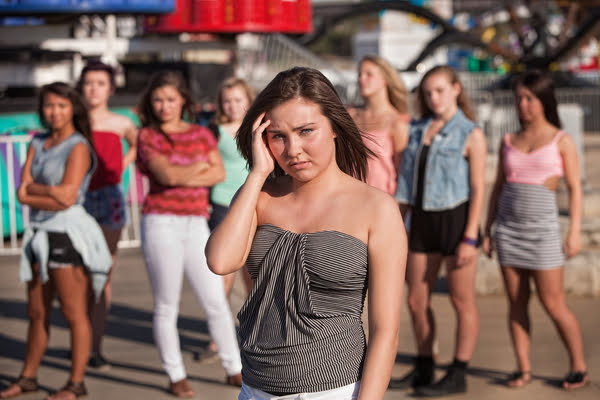 I was part of the core team that organized a fest in our college. We had regular meetings to keep us updated on the progress. During this one meeting, when we were having lunch, the team leader blurted out, “He’s so quiet. He doesn’t speak much”, talking about me.

I remember how I felt.

It was mainly embarrassment. I felt attacked and singled out. I was made to feel there was something wrong with me. I felt this strong urge to defend myself. But I couldn’t think of anything to say. So, I remained quiet, acting as if his comment didn’t affect me. But I was burning inside.

While this was happening, a teammate ‘rescued’ me from the situation. She said:

“He may not say anything, but he has worked very hard. Look at his work, not his talk.”

While that was relieving to hear, I couldn’t shake off the embarrassment I felt. It brought back memories from childhood and teenage when I was extremely shy and quiet. I had changed a lot since, and this sudden throwback to my past personality made me think:

Why did my quietness bother the team leader?
Was he being intentionally hurtful?
Why do people say, ‘Why are you so quiet?’, to quiet people?

Reasons why you’re so quiet

To understand the psychology of a quiet person, we have to dig into their mental state. Let’s explore the motivations and reasons quiet people have for being quiet. I’ve tried to create an exhaustive list of all the reasons so you can pick the ones that apply to you. Many of these are overlapping.

Introversion literally means ‘turned inward’. People who’re introverts have a personality that is turned inward. They’re focused on themselves most of the time and have a rich inner life. Introverts are thinkers and sometimes over-thinkers.

Because there’s so much going on in their minds, introverts have little bandwidth left for social interactions. Hence, they tend to be quiet people.

Social anxiety stems from the belief that one is incapable of handling social interactions. It’s usually experienced with strangers and large groups of people. Someone who’s socially anxious may even get panic attacks and throw up before giving a speech.

The belief that you’re socially inept forces you to not engage socially. You become quiet.

Shyness is not the same as introversion or social anxiety. But it can co-exist with introversion and social anxiety. Shyness stems from shame and fear. You feel you’re not good enough to talk to people. When you’re shy, you want to speak but can’t because you lack confidence.

Some people listen more than they talk in conversations. They’ve probably realized that they can learn more if they listen more. Their wisdom makes them quiet.

Some people need time to find the right words to articulate their feelings and opinions. They mentally rehearse what they want to say. Introverts tend to do this a lot. They’ll rehearse things that extroverts can say unthinkingly and with ease.

Often, they’ll keep rehearsing what to say and how to say it without getting to actually saying it. Then, when they come to the perfectly-crafted sentence 50 years later, it’s too late.

6. Having nothing to say

7. Having nothing worthwhile to say

There’s a subtle but important difference between this and the previous point. Having nothing worthwhile to say means you have something to say, but you don’t think others will value it. Or you don’t value your own opinion.

You believe you can’t meaningfully contribute to the conversation.

You may be quiet because you lack interest in the topic of conversation and/or the people you’re conversing with. In this case, you think contributing to the conversation isn’t worth your time and effort. You’re going to gain nothing out of it.

9. Fear of judgment and criticism

Fear of judgment is a big part of shyness and social anxiety, but one can also experience this fear independently. You may be afraid to speak your mind because you fear people will think you’re stupid or your idea is too out there.

10. Thinking about something else

It may be that you’re bored and have zoned out. You’re thinking about what you will have for dinner or the problem you’re facing with your family. Your worries and concerns are more important to you than the conversation at hand. The mind tries to give its energy to more pressing concerns.

If you’re unengaged in the conversation, you may be busy deeply observing things. Maybe you’re in a situation you don’t usually find yourself in and feel a bit anxious. Anxiety leads to hypervigilance and scanning your environment for potential threats.

People who’re considered quiet usually do have people they open up and talk endlessly with. Talk to a quiet person about the things that interest them, and a whole other person will come out. When they’re with people engaged in small talk or things that don’t interest them, they feel like they don’t fit in.

The arrogant person doesn’t talk because they think others are beneath them. They only want to engage with their equals. They avoid eye contact and conversation with those below them.

You may be quiet in a social context because you want to hide and not reveal too much about yourself. Maybe you’re an undercover agent, or perhaps you know the other party will try to extract information from you.

Pros and cons of being quiet

The reason behind saying “Why are you so quiet?”

As you’ve seen, there are many reasons why people are quiet. And being quiet comes with its pros and cons. Because there are many possible reasons for being silent, when people come across a quiet person, they can’t immediately figure out the reason behind the quietness.

So, they feel tempted to drop the ‘Why are you so quiet?’ question.

Since humans are primarily emotion-driven, out of the list of reasons mentioned above, they pick the most emotional reasons for your quietness.

“He must be too shy to speak.”
“She probably doesn’t like me.”

They may make it more about themselves than they make it about you.

Is it really okay to be quiet?

Society overwhelmingly values extroversion over introversion. In general, society values members who contribute the most to society. It’s hard for society to see how quiet people (like scientists) contribute through their intelligence and creativity.

But it’s obvious how extroverts (like performers) contribute through entertainment.

Part of the reason the latter get paid so much more.

There’s a growing movement against this ‘extroversion bias’ of society. People have written books defending being quiet. If you’re a quiet person, the decision of whether or not you want to stay that way is yours to make.

If being quiet is interfering with your important goals, which is very likely, you have to tone down your quietness. Your quietness may be too loud for society.

As I said, I was very, very quiet in my childhood. I never raised my hand to speak in class until 5th grade. Something happened in 5th grade that was a turning point in my life.

Our teacher had asked us a question. No one knew the answer to that question. It was a physics question about magnetism. I loved science as a kid and had done some reading on the topic.

I had an answer in mind, but I wasn’t sure it was the correct answer.

The teacher was hugely disappointed that no one could answer that question. She even said she wouldn’t continue teaching until this concept was clear to everyone.

Reluctant to raise my hand and speak up, I uttered the answer to my classmate sitting next to me. I wanted to know what he thought of my answer. As soon as he heard it, he raised his hand and spoke my answer.

The teacher was relieved and highly impressed. The whole class clapped for me, but through my classmate.

Like any science lover, I was happy I had the truth, even if I didn’t have the accolades. But overall, the experience was painful and taught me a huge lesson.