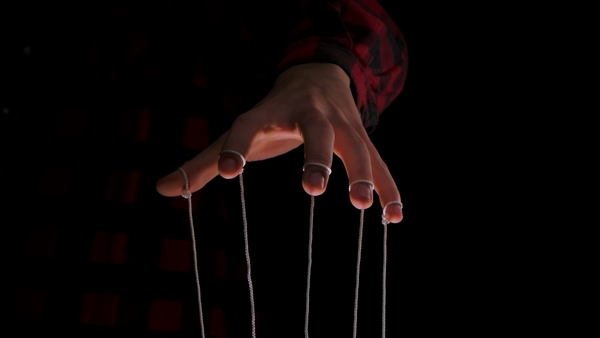 The purpose of emotions is to motivate us to take action. Therefore, you can use emotions if you want to make someone do something. Nothing drives human action like emotion.

There’s a fine line between manipulation and influence. Influence means persuading someone to enter a win-win deal with you. Manipulation is always win-lose. The manipulator wins, and the victim loses.

Having said that, many times, a person may be unaware they’re harming others. While you may feel manipulated, they had no intention to harm you. In such cases, open and honest communication can go a long way in resolving the conflict.

The goal of emotional manipulation

The goal of emotional manipulation is compliance. The manipulator wants the victim to comply with their wishes. They have no regard for the wishes of the victim. They incur enormous costs for the victim.

Compliance is a natural consequence of a dominant-submissive relationship. The dominant party makes the submissive party comply through the use of:

Almost all the emotional manipulation tactics you’ll find in the subsequent section deploy one or more of the above strategies.

Here’s an exhaustive list of emotional manipulation tactics in no particular order:

Gaslighting means making the victim question their subjective reality and sanity. It consists of denying or minimizing the victim’s thoughts, feelings, and experiences.

If the victim accuses the manipulator of manipulation, the latter says things like:

Abusers and manipulators are known to isolate their victims socially. This is because friends and family can quickly raise the alarm when they spot something wrong with the relationship.

By socially isolating their victims, manipulators can carry out their manipulation conveniently.

If the victim expresses concern over their behavior, the manipulator downplays those concerns.

In a healthy relationship, people are willing to address the concerns of others.

“You’re overreacting.”
“It’s not that big a deal.”

Love-bombing is the starting phase of many abusive relationships. The manipulator, usually a narcissist, bombards their partner with love, attention, gifts, and compliments.

Once they’ve reeled their partner in with ego-stroking, the manipulator starts the abuse. A relationship moving too fast can be a sign of love bombing.

Projection means projecting one’s subjective experiences onto another person. Projection helps a person not deal with what’s bad in them directly. Instead, they deal with it indirectly by using the other person as a projector screen of sorts.

A manipulator may feel guilty about what they’re doing. Instead of dealing with their own guilt, they may project it onto the victim, saying things like:

“You’re manipulating me.” (Trying to make the victim feel guilty)

The same thing can happen with other negative feelings like jealousy (“You’re being jealous.”) and blaming (“You’re responsible for this.”).

Manipulators are constantly pushing their victims’ boundaries. They want to know what they can and cannot get away with. This helps them manipulate more efficiently and prevent backlash.

If the victim doesn’t assertively maintain their boundaries, they’ll see them getting violated one by one.

The manipulator magnifies the mistakes of their victim while minimizing their own. These are self-esteem attacks that make the victim feel like a failure.

Of course, there’s nothing wrong with pointing out mistakes so you can learn from them. But an emotional manipulator blows those mistakes out of proportion. Their reaction to those mistakes is overblown.

The manipulator discourages any attempts by the victim to build their own self-esteem. This means blocking their success, self-improvement, and personal growth. The manipulator does their best to keep their victim “under” them.

Guilt is a powerful human emotion and a self-esteem destroyer. By making their victims feel guilty for minor things, manipulators are more likely to gain compliance.

Shaming can be much more potent than guilt-tripping because the former attacks a person’s identity. Shaming is the worst self-esteem attack there is. When a manipulator shames their victim publicly, they have them under their thumb.

Besides discouraging, a manipulator may restrict their victim’s success and self-growth. These restrictions are inappropriate and stem out of insecurities rather than concern.

Objectification means treating a person like an object devoid of feelings, thoughts, or personality. It’s a form of dehumanization that is degrading to the victim.

Another self-esteem attack, infantilization means treating an adult like a baby. The idea is to make the victim feel small and powerless, like a baby. Infantilization behaviors range from making comments like “Don’t be such a baby!” to offering help for simple things a person can do themselves.

Often a manipulator has to keep their manipulation covert. Because if they’re overt, they can get caught. Passive aggression is covert aggression, where damage is done to the victim under the radar.

Judging and criticizing are common tactics manipulators use to lower their victims’ self-esteem. When done in public, they’re tantamount to shaming.

Ultimatums are threats used by the manipulator to make the victim comply. These are usually in the form of:

“If you don’t do X, I will [insert something threatening].”

Reinforcements and punishments are used in healthy relationships to influence one another. But they can also be used to manipulate.

If you upset your partner and they don’t talk to you, it’s healthy punishment. They’re withdrawing connection to let you know they’re cross with you.

Reciprocity is the basis of all human relationships. The “I’ll scratch your back if you scratch mine” mentality has helped our species thrive for eons.

Reciprocity is about an equal and fair exchange. When you give someone X, you expect them to give you X back. Not X/2 or X/4. If there’s an imbalance in reciprocity, the relationship breaks down.

Credit inflation is a manipulative technique used to create a perception of reciprocity where there is none. It means inflating what you’ve done for the victim so they feel obliged to give you more than they’re willing to give (win-lose).

Credit inflation leads to debt inflation. The manipulator leads you to believe you owe them much more than you actually do.

When you don’t trust anyone, there’s no trust to break. You may save yourself from deception, but you’ll also throw away the intimacy baby with the trust bathwater.

A primary tactic of the manipulator is to make their victim trust them and get close to them. This way, the manipulator gains access to the victim’s insecurities and weaknesses that they can then prey upon.