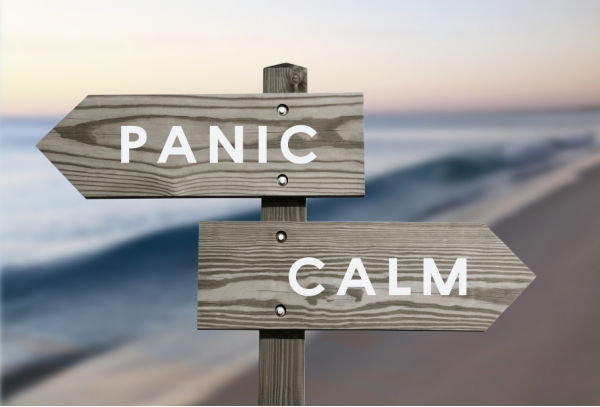 Emotional security can be defined as a state of calmness that doesn’t get overwhelmed by negative emotions. Emotionally secure people can handle situations that can shake the emotional balance of emotionally insecure people. They have good emotional self-control.

Emotional security and emotional stability are synonymous terms. The opposite of this tendency is neuroticism. Those scoring high on neuroticism are less likely to be emotionally secure.

Emotionally secure people make others feel comfortable because they’re comfortable with themselves and their own emotions. They’re perceived to be strong, level-headed and leader-like.

In contrast, emotionally insecure people have little control over their emotions and are seen as weak.

To put it in another way: Emotionally secure people feel emotions like other people do, but they’re strategic with the expression of their emotions. They like to have control over their emotions and don’t let their emotions control them.

Recently, there has been a lot of talk about being emotionally vulnerable. People, especially men, are advised to express emotions and be vulnerable. While it may be great advice for men in relationships because expressing emotions increases intimacy, it’s certainly not good advice for those in power positions.

Leaders who express their negative emotions communicate weakness. Emotionally intelligent and secure people understand this. So they’re strategic with their emotional expression. They know what emotions to share when and with whom.

To a great extent, the level of self-esteem dictates how emotionally secure a person is. In my recent article on low self-esteem, I mentioned that people with low self-esteem lack self-worth diversification. Their self-esteem is fragile and hangs on weak foundations.

You can use the following list to see where you stand. If three or more of these characteristics apply to you, then you’re likely to be emotionally secure.

1. They can manage their emotions well

On one end of the spectrum, we have naïve people who express and act on almost every feeling they get. On the other end, we have people who suppress their emotions.

Emotionally secure people lie somewhere in the middle. They acknowledge and experience emotions but choose when to express them or act on them.

2. They maintain a general level of happiness

3. They maintain healthy relationships with others

4. They see emotions as their guides

Emotionally secure people see emotions for what they are- guidance systems. They listen to their emotional signals but don’t trust them blindly. They’re able to separate facts from feelings in themselves and in others. They know when to trust their gut and when to think things through.

5. They seek to understand their emotions

Again, this goes back to having a healthy relationship with your emotions and emotionally secure people are masters at that. They’re not controlled or trapped by their emotions. They use their emotions as much as they can. They know emotions are like a sharp knife that can be used to kill or save a life.

6. They know they’re not their emotions

The more you distance yourself from your emotions, the more you can look at them objectively, understand them, and make use of them. Emotionally secure people can separate themselves from their emotions.

This goes back to them being unsure of their identity and feeling inferior compared to others. Since a constant, underlying sense of vulnerability haunts them, they overreact to stressors or express emotions that are disproportionate to situations.

For instance, they may have a short temper, or they may panic in response to minor setbacks. Their self-worth hinges on weak foundations and so they go out of their way to protect it.

This might also manifest in their getting overly upset by criticism or their habit of constantly putting others down (to make themselves look better).

Since insecure people see themselves as inferior to others and are threatened by them, two strategies they adopt to counter this threat are:

Shyness, paranoia, and social withdrawal are all ways insecure people use to prevent their flawed selves from getting exposed to the world.

This includes arrogance and bullying. These are the pre-emptive “hurt them before they hurt you” strategies.

It’s understandable that adults vary in emotional security based on their levels of self-esteem and emotional intelligence. But what about children?

Children are not expected to have a strong sense of self. The need to establish an identity only emerges in adolescence. Yet, we can see that some children are more emotionally secure than others.

Emotional security theory explains why this is the case. It explains why some children have adjustment problems that can tip over into adulthood.

According to the theory, children have a goal to preserve emotional security within family relationships. They want their caregivers to love them and love each other. This makes them feel emotionally secure.

When parents engage in frightened or frightening behavior during a conflict, the child witnessing it feels threatened. The fear and distress experienced by the child motivate her to intervene or avoid the conflict.

The goal of these two responses- intervention and avoidance- is self-protection. In this way, the child’s mind is sensitized to detect threats in the social environment. Witnessing prolonged inter-parental conflict makes child see novel social situations as threatening.

Witnessing parental conflicts activates the child’s Social Defence System (SDS). The goal of this evolved system is to protect oneself from social harm.

As a result, the child scans their social environment for harm as a defensive strategy. Children who experience emotional insecurity in inter-parental relationships become proficient in detecting threats and recruit behavioral strategies of self-protection.2

Such children might become shy, submissive, and socially anxious (avoidance) or see harm where there is none and protect themselves via aggression (bullying).

With a mind primed to detect social threats, such children are likely to become less sensitive to positive social signals such as friendliness.3

The over-activated and hyper-sensitive SDS inhibits other approach systems that are critical for healthy adjustment in children. They’re called approach systems because they enable a child to approach the world and others. They are:

This dopamine-driven system encourages a person to master their physical world. It drives people to explore and understand their world.

Since emotionally insecure children are preoccupied with detecting social threats, this system takes a backseat. They’re likely to suffer from problems such as doing poorly in school or lacking problem-solving skills.

This system drives people to make friends and form a shared identity in social relationships. Since the SDS interferes with the processing of positive social cues, emotionally insecure children struggle in forming close relationships.

This system makes us sensitive to distress signals (sadness and crying) emanated by others and generates sympathy and empathy so we can show caregiving behaviors. Hyper-activated SDS interferes with this system, reducing the chances that a child will show helping behavior.

Unless something brings down the SDS back to normal activation levels, this defence system could color the life of a person well beyond childhood and adolescence.

The person may struggle to achieve their goals because they don’t seek to understand the world (exploratory system) and form relationships (affiliative and caregiving systems).

However, there’s hope. Those who experienced emotional insecurity in early childhood can learn new ways of thinking and behaving to cope, engaging their approach systems and keeping their SDS in check.